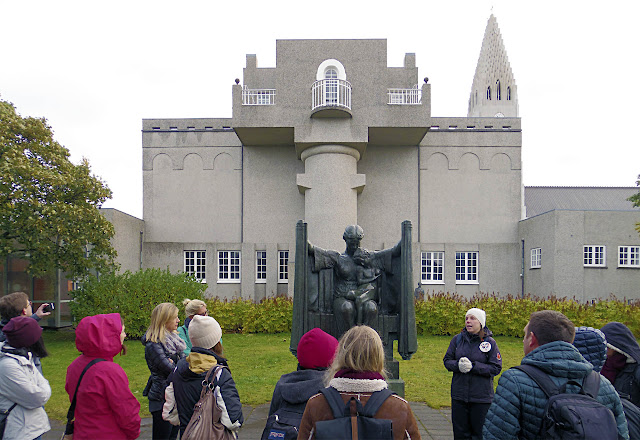 Maria at Iceland Eyes has been posting a series of short essays on the state of Iceland, past and present, dealing with dealing with the Icelandic economy and its relationship to tourism. The underlying question is one which has plagued Iceland for over a thousand years: self governance. The posts aren’t terribly long (although they are much longer than a tweet!) but if you want to read only one to get the gist of them I suggest reading  There's a Fine Line Between Opportunity and Opportunism, Isn't There?

My last couple of visits to Reykjavík have been somewhat bittersweet: seeing myself in the role of an obnoxious camera-toting tourist trying to fit in where I don’t really belong. The continuing property development in the city has been, with a few exceptions, disheartening as well. But whenever I’m there I always have some great moments: moments when the “I” melts into the background and the “not I” is able to experience life in a new way. That said, I may have had enough of life on the rock, it’s getting harder to imagine going back again. I will really miss the theatre and the pool, however, and the people I have met there have been great.

From time to time, on my other blog, Laxness in Translation, I get inquiries about Icelandic literature and culture. Recently, writer Dan Kois (Slate and New York Times) wrote me asking about any connections that Halldór Laxness might have to the Icelandic swimming culture (there weren’t any) so I gave him some suggestions of people to contact. I mentioned I Heart Reykjavík, telling him that Auður would probably be too busy to help him but her blog had a lot about swimming. A few days later, Auður tweeted:


“I get quite a lot of media requests every month. They all want the non-touristy Iceland to send more tourists there... ”

So maybe I really am part of the problem!

UPDATE: The Dan Kois article is up at the New York Times and it is great.

Consider: _statis quo_ is an oxymoron.

I think one of the ways to not be a tourist is to take everything for granted, but that's no fun.

No, you're not part of the problem.

I have no real reason to say that except that you seem very nice.