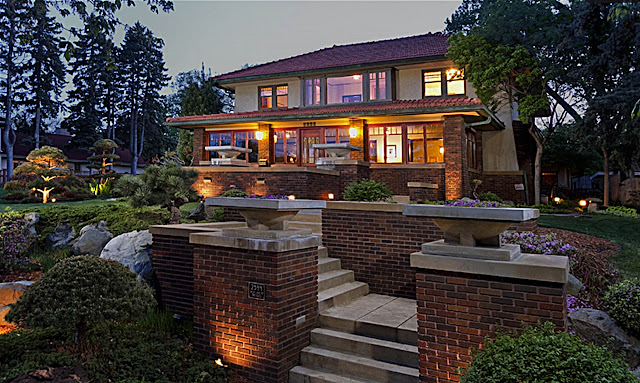 2544 West lake of the Isles Parkway, via Zillow

Browsing high-end real estate site has become my newest bad habit. Once you go above the million-dollar mark things get pretty bizarre. The prairie-school style home above is a bargain at $1.7 mill. The taxes on this little 4 bedroom shack works out to a very reasonable $800. Per week. It isn't the most expensive house on the market in Minneapolis. That honor goes to this little "fixer-upper": 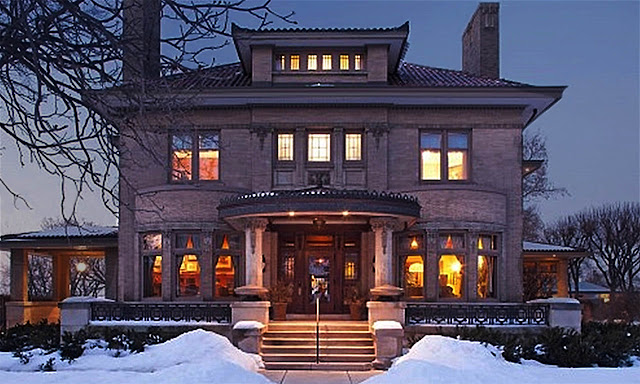 Seven bedrooms, 12,000 square feet, it has recently had its price lowered by $200,000—now it's listed at a whisker under $3,000,000. The taxes are also quite modest: only $167. Per day. I might have to save up for that one. Maybe I could live in the two-bedroom carriage house apartment (over the four-car garage, which includes a basement gym, a workshop and a tunnel) and rent out the main house.

Or maybe I should pull up stakes and head to Sweden: 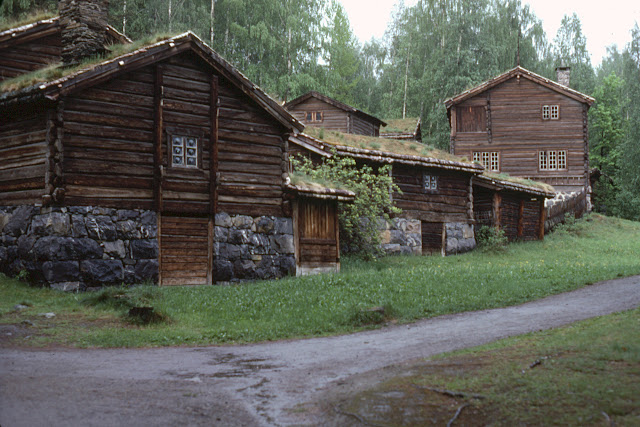 No idea on the pricing and taxes on this one, I might have to get a goat for the roof.

Nothing tops this for insanity, however.

I happened to come across these images in a large lot of slides that I bought on eBay: Most "vacation" pictures are of standard views—attractions that have been restored and buffed to a timeless sheen. This strange triptych depicts a potentially disastrous event, although the business has survived, thirty-five years later. The Orrefors Glassworks is located in Sweden, in the town of the same name. 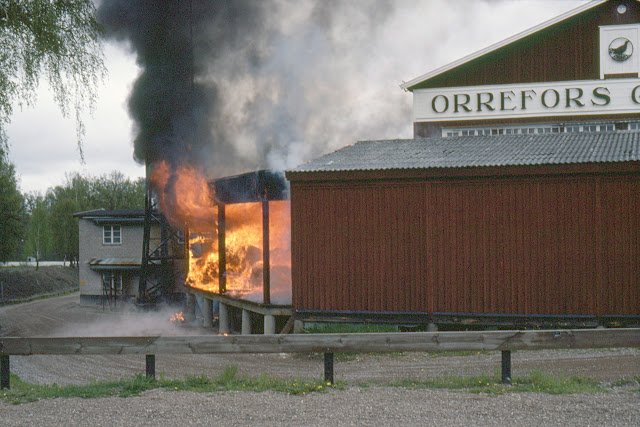 A Flippism is the Key exclusive scoop, 35 years later!

"Brand" is Swedish for fire. 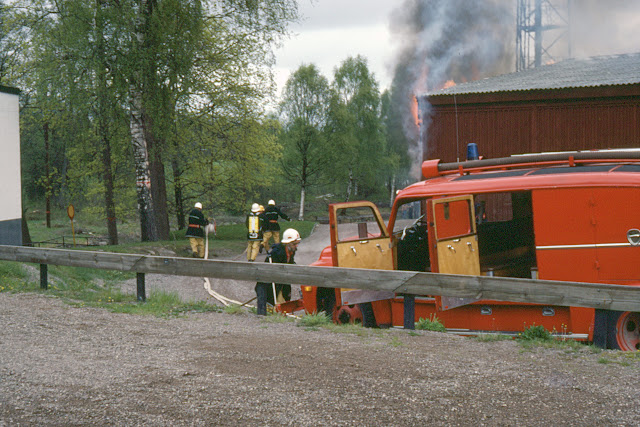 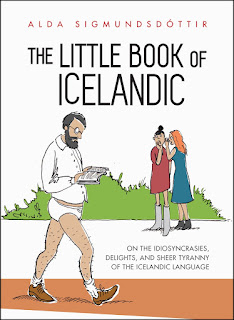 The Little Book of Icelandic

Yet another book was recently published by a blog-pal—the second in the same week!

Alda Sigmundsdóttir has created a mini-publishing empire with her books on Icelandic culture. Her latest is, like her other ones, quirky and hilarious. It is available on Amazon, and should be in most of the usual Icelandic outlets by now.  You can check them all out on her website.

I was engrossed, although perhaps not quite as much as the fellow on the cover was! Like Shoshanah's book, I was fortunate to have a small role in this book's genesis—I was a beta reader. It was perhaps the most fun I've ever had while "working."

Last October, when I was in Reykjavík, I saw her other books on display all over the city. This series of books is an excellent introduction to the wonderful Icelandic culture.  Some of her books have been translated into Dutch, French, Spanish, and German as well: 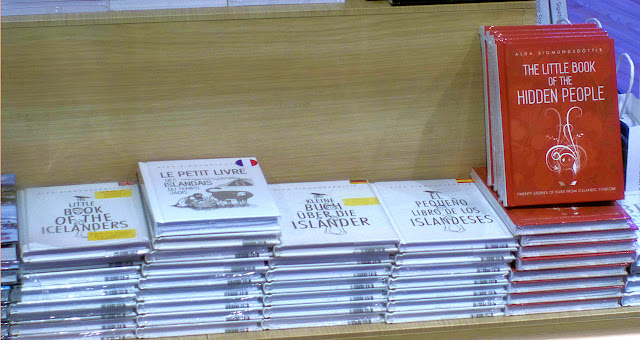 VRBO is a Verb

Vacation Rental By Owner has become a phenomenon lately. They are a bit more structured than an Air B&B, we've used it effectively for a couple of years now. A recent trip to Seattle found us staying in an accommodation that was really exceptional: 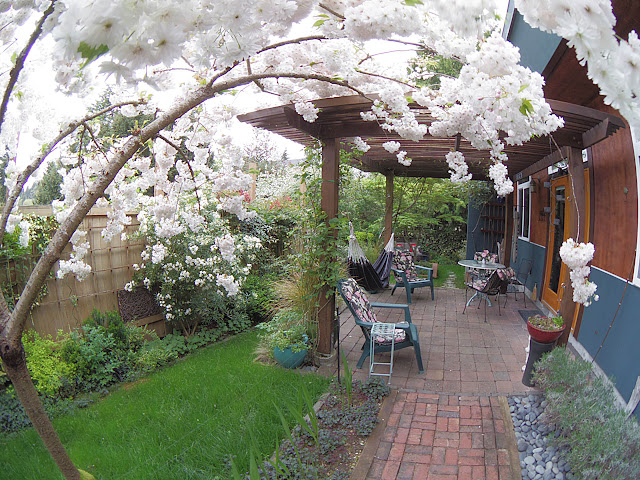 The Cherry Blossoms didn't hurt its appeal any, either. 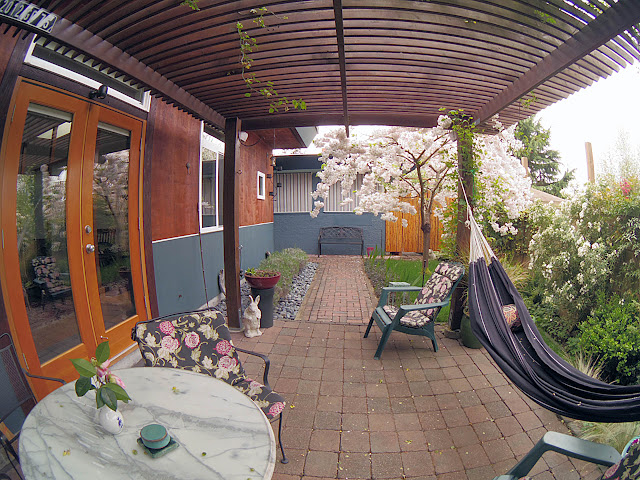 Everything you could want in a home-away-from home. More than a room, it is an experience. 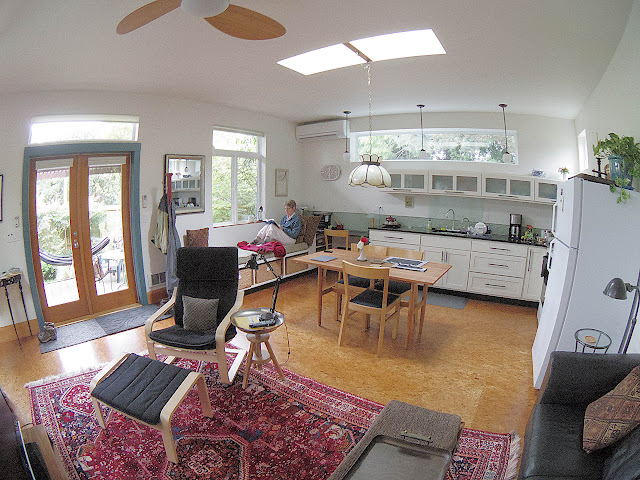 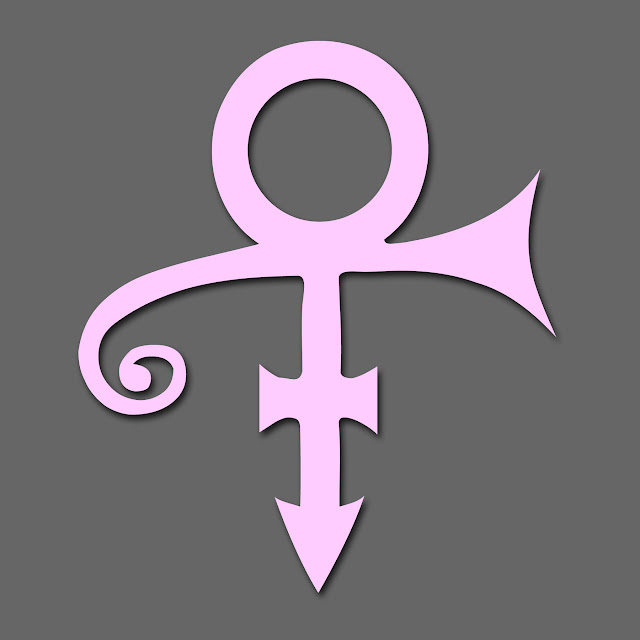 “There’s this kid, hanging out at Cookhouse Studios, he can do it all… ”

That was the first I heard about Prince Rogers Nelson.

This mysterious force, almost otherworldly, walking the same streets, frequenting some of the same venues, then exploding into super-stardom but never letting it change him. He was always, and probably will always be, the standard by which all other Twin Cities-based musical acts will be judged by (Dylan only lived in Minneapolis for less than a year.) I kept almost crossing paths with him. I worked with his Purple Rain Drummer just before he joined The Revolution, and worked in a venue the day after a scene from that movie was shot there. He did appear once at a venue I was working. We didn’t speak. He went on to bigger and better things, but never really left the area where he grew up.

In this era of changing sex roles and struggles for empowerment, Prince was a pioneer who never preached—he just did it: championing women in his bands, androgyny in fashion and lifestyle, even his numerous forays into weirdness of various sorts, he just did it on his own terms. Before his legendary Super Bowl half-time show, a nervous television producer asked him if he was “O.K.” with the rain that was drenching the stadium. Prince simply said, “Can you make it rain harder?”

In this era of disposable corporate music, Prince was one artist who could really play, anyone who performed with him had to rise to his level. 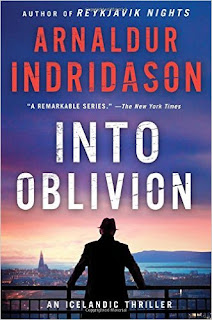 This is the eleventh in the Inspector Erlendur series, although it would be the second in a chronological order.

Taking place in the late-seventies, Erlendur has been recently promoted to Inspector and works with his mentor, the gender-unspecified "Marion" to investigate a battered corpse that has turned up in the waste pool (which would later become the Blue Lagoon) from the geothermal plant on the Midnesheidi moor. An old missing-persons case from the early 1950s also captures Erlendur's attention.

The sub-theme behind both of these incidents is the US military base in Keflavík and how it distorted the values of the Icelandic citizens who dealt with it. There is a fair amount of history of a temporary housing project built upon old US facilities, a history which I found to be very interesting. Camp Knox, featured in the book, was where the Vesturbæjarlaug pool was later built and was also a subject of the excellent film Devil's Island.

The formula of this series is beginning to ossify, that's not necessarily a bad thing, but it does tend to make all the books blur together after a while. Still, I found it to be  worthwhile and it is a must for those who like their mysteries seasoned with an Icelandic flavor.

Seattle Above and Below 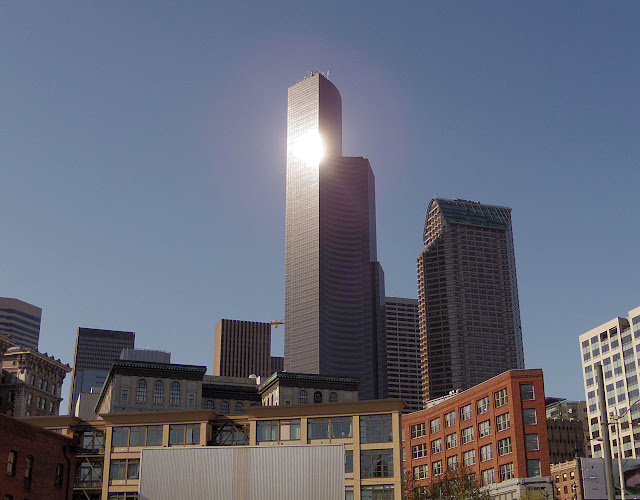 No, this isn't a "lost" chapter of The Matriarchy, it's just a couple of snaps from my recent long weekend spent in The Emerald City. 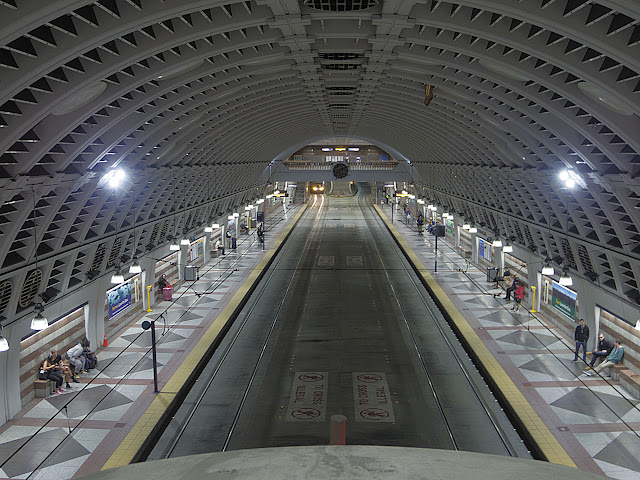 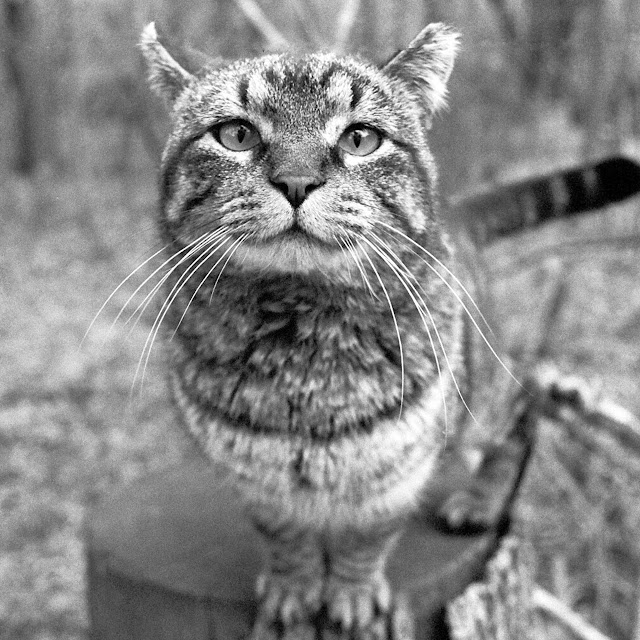 It has been a long time since I posted about the feral cats. I named this cutie "Buster" because he was a tough guy and took no guff from anyone. He would let me groom him, however.

Sometimes, he would sit and look at the sky, I think he wanted to fly with the birds.

A Table for One… 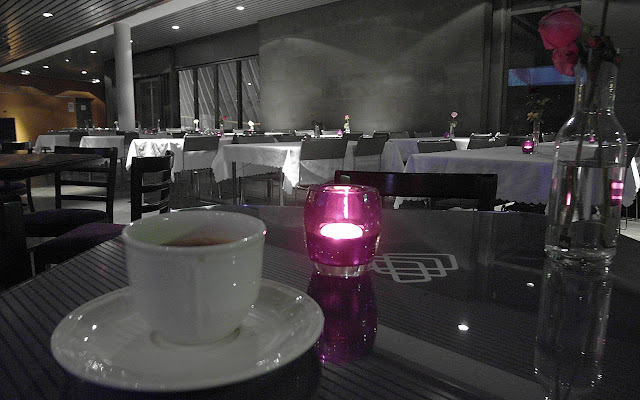 The show won’t be starting for another hour, but I don’t mind the wait.

Out of the wind, sipping coffee in tastefully subdued surroundings.

A perfect prelude to the play.

Flowers at every table, the swooping ceiling inspiring thoughts of the drama to come.

A table for one is different than a table for two.

Not better, not worse, just different. 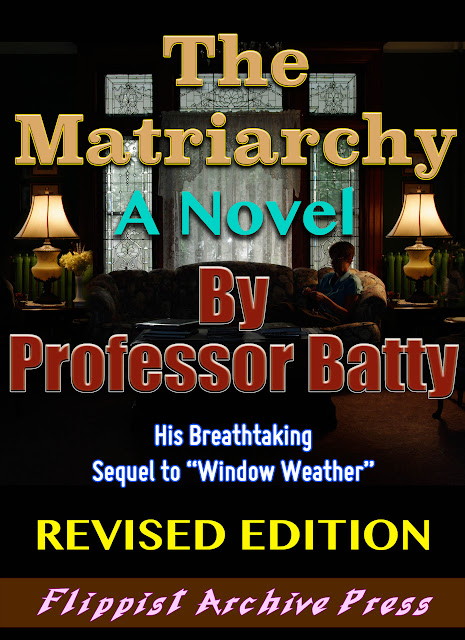 The same deal as last time.

My second on-line novel, The Matriarchy, has been reworked and polished, for your (re)reading delight.

Sean, Mary, Aunt Tina, Edwin, the evil Brotherhood, and, of course, the enigmatic Emily, are back—now with improved grammar and punctuation!

Double your money back guarantee if not satisfied! 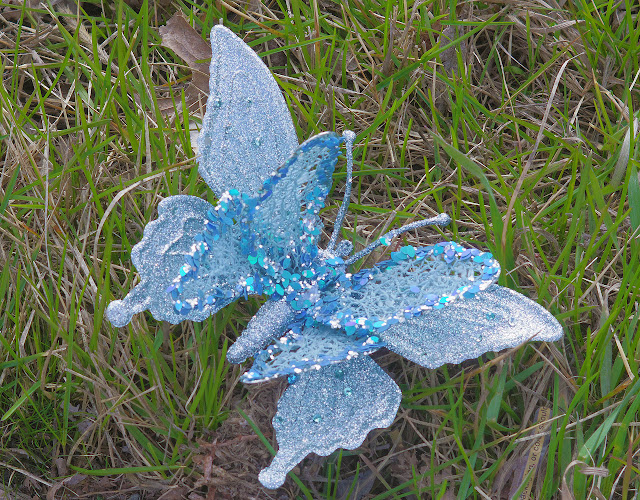 This post should really be titled "Weekends in Iceland,"
for the flea market in Reykjavík is not open during the week. 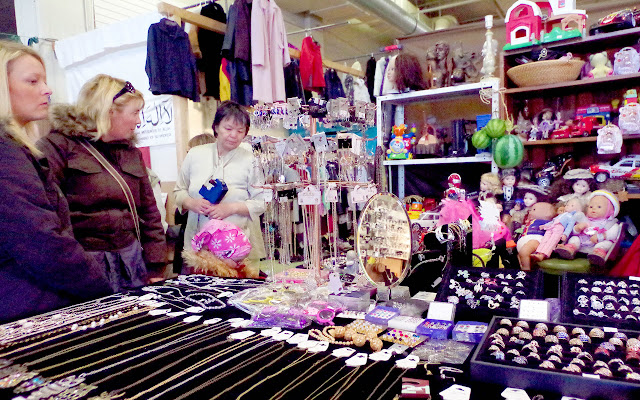 When I first started going there, in 2004, it was kind of drab, although it was a good place to score some vintage Icelandic ephemera. It still has a few vendors with the old stuff but most of the other booths are filled with gaudy crap from China. 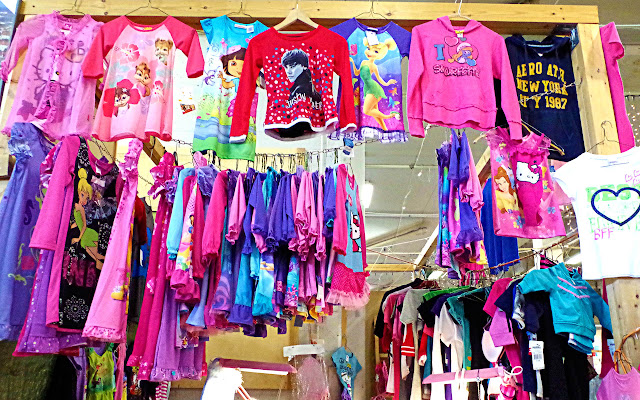 But, if you are willing to dig, you can get some decent clothes in styles you'll never find stateside. 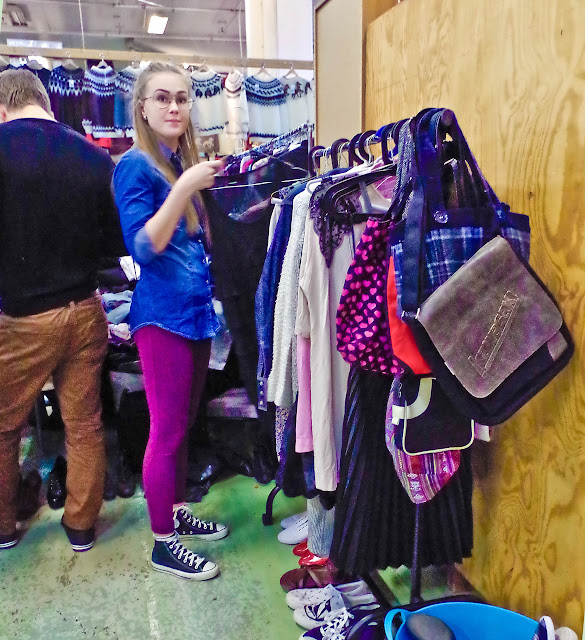 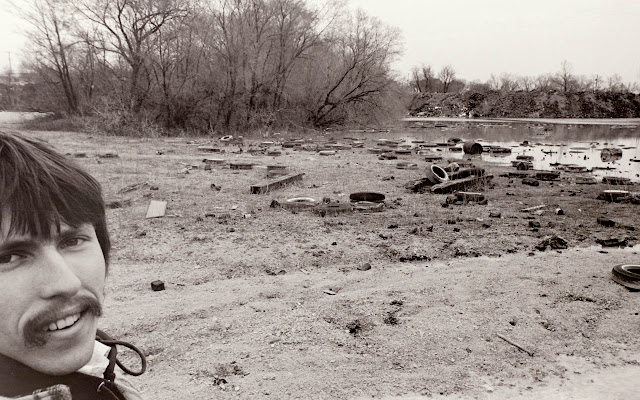 An integral part of my lost years, "Green Lake" was a pit of caustic lime, a byproduct of an air reduction service which operated in North Minneapolis for many years. People would dump tires in the alkaline lake, earning the name of "The Tire Farm." It was located close to the Mississippi River, with subsidized housing and lots of kids living nearby. It was their nearest playground. It was finally drained and filled in the late 70s. I-94 runs through where it was now. 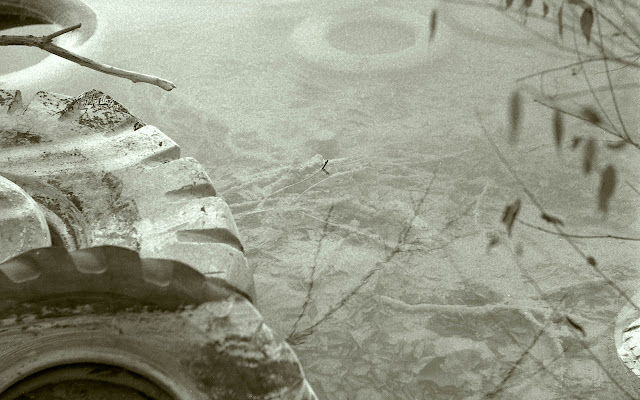 I spent a good deal of time there, it was my "gateway to nature", no wonder I was so depressed! 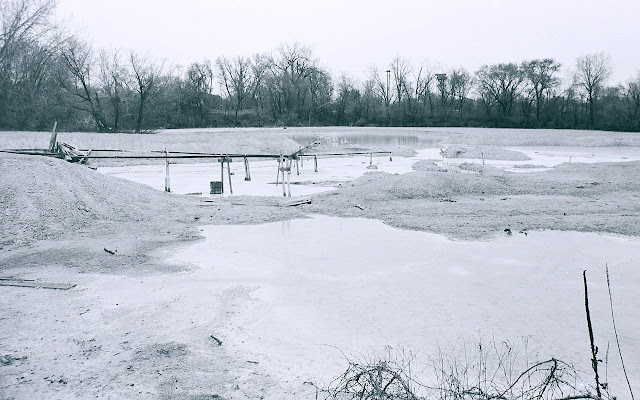