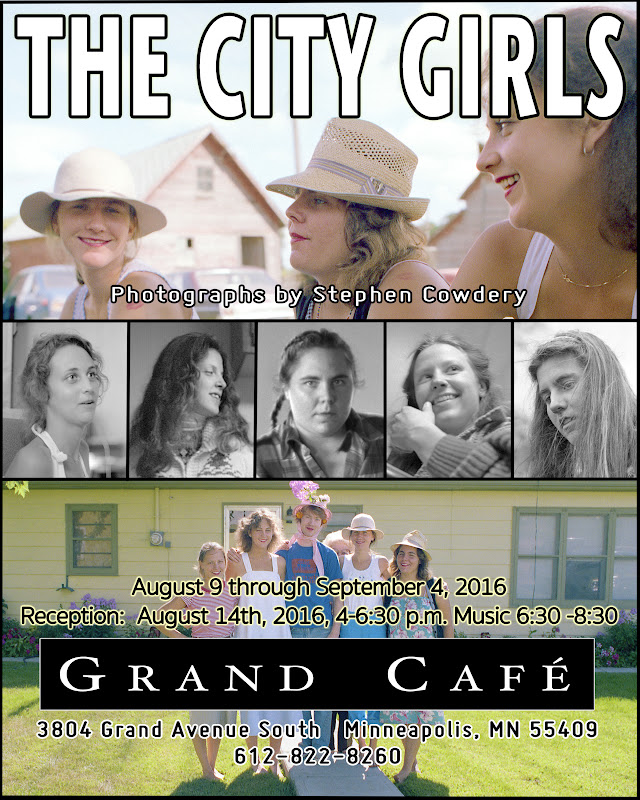 When one hears pretty girls talking, one cannot help thinking that even their most light-hearted replies contain some deep, deep meaning: yes, even some hidden wisdom, and perhaps they do; perhaps it is only beauty that contains the highest wisdom—that remains to be proven.

An exhibition of photographs by Professor Batty's alter-ego, Stephen Cowdery.

These pictures (several of which have appeared on FITK) are from the mid to late seventies, centered on a group of young women with whom I had become acquainted. They invited me along on some of their adventures, excursions that were low-key and pressure-free. I once thought that the center of my social scene was the band that I hung out with (and worked for), but over the years I’ve realized that these “City Girls” were the true hub. This is a look back at our youth—at a time before careers, marriage, and children,a time when these young women were creating the bonds which have only strengthened in their maturity.

Everyone is invited, if you can't make the opening, the show will be up in The Grand Café in South Minneapolis from August 9th until September 4th.

Very cool, Batty! There is always the chance I may get down to the Big City before the summer is over. I would love to see this as well as FITK World Headquarters. How can I get a few days off during the busiest time of year? I'll try and think of something.

Congrats on your show, Prof!

Hearty congrats on your show! Wish that I could come to see it! No excuse to go to Minnesota, but still trying to think of one. :)

Thanks for your your interest, Minnesota is a quirky destination.