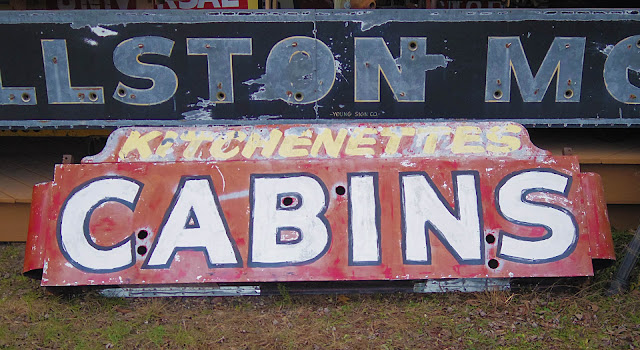 After a couple of hours on I-94, I needed to stretch my legs.

A sign at the Hixton exit advertising an Antiques Mall caught my attention so I headed toward the off-ramp in search of adventure. Miller’s Antiques and Auction Company was just a short distance from the ramp terminus. The shop was inviting enough, a fair amount of vintage signage on its porch gave me a good feeling; a sense that this wouldn't be another shed stuffed with landfill. The shop was dimly lit, but there were actually things that people might want to have in their homes: classic mid-fifties furnishings, as well as the usual big-ticket items: slot machines, furniture, and fine art collectibles.

The woman staffing the counter was going through a pile of photos and other ephemera; my prime interests. We got to talking. She told me that when she found old letters and post cards she would sometimes try to contact the writer’s descendants. I have done that myself and I told her of some of my experiences. She showed me her current project: a postcard of a 1920s jazz band as well as a letter that went with it: just enough information on the back to enable her search.

Our discussion had a soundtrack: Secular holiday music—in fifties pop and lounge styles. When a particularly boozy version of Have Yourself a Merry Little Christmas came on I joking said, “We should be having martinis.” She was in complete accord with the idea of getting blasted at 1 P.M. It was probably a good thing that I had run out of Vermouth. As we continued to look through the papers on the counter, Silver Bells came on over the radio.

When she began to hum along, I joined in on the chorus.

My local version goes a bit like this:
Silver Bay, Silver Bay,
It's Christmas time on the North Shore...