A reliable pick-me-up for the mid-winter blues is a trip to the Conservatory. This verdant getaway in Saint Paul, Minnesota, has been lifting spirits for over one hundred years with its mix of plants from around the world:

The Sunken Garden (pictured above), features this charming bronze of a petite young woman as its centerpiece: 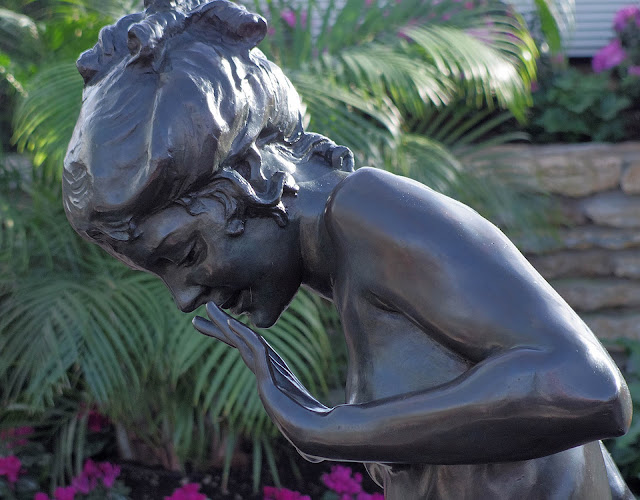 This expression of innocent joy was captured by Harriet Whitney Frishmuth in the early 1920s. I think that there would be a public outcry if such a revealing sculpture were to be installed in a public place today: 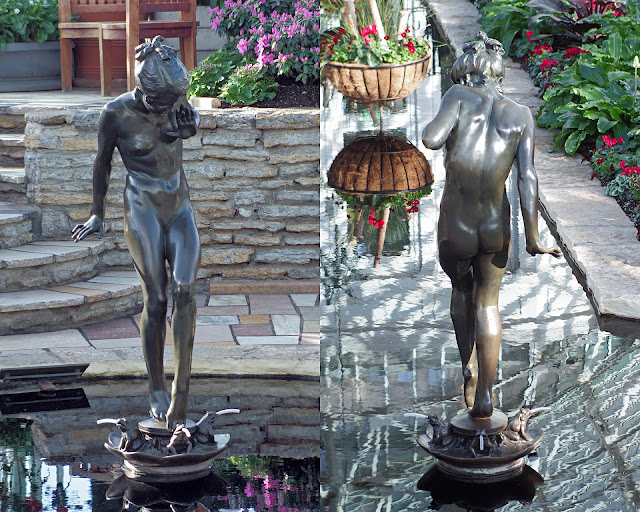 Harriet was old school—she had studied art under Auguste Rodin and Gutzon Borglum—and was unimpressed by Modernism. Appreciation of her art, which had been considered passé for many years, rose again in the 1970s. Harriet managed to live long enough (she died in 1980) to be able to enjoy it. Recently, sales of her large bronzes have brought upwards of a half million dollars. There is another Frishmuth bronze at the conservatory, one that expresses joy in an even more exuberant fashion: 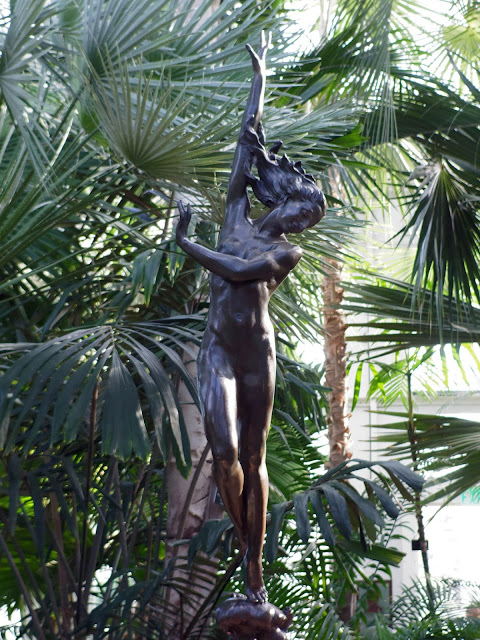 Looking into the story behind these works, I found out that these were both based on the same person, Desha Delteil, a noted dancer, who was the model for these and many other works by Frishmuth, as well as for other artists.  Harriet highly valued Desha’s ability to hold difficult poses for extended periods: 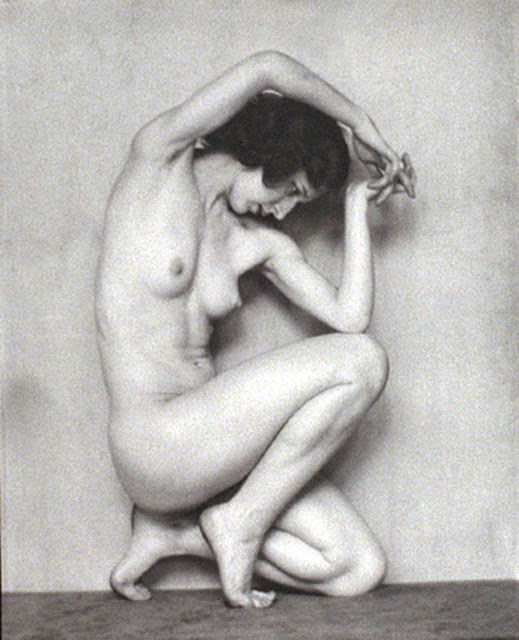 A cast plaster bust of Desha by Frishmuth has been featured on Antiques Roadshow.

Not a bad way to spend a chilly Saturday afternoon in January!

If these beautiful sculptures were in Washington D.C. some wacko would throw drapes over them.