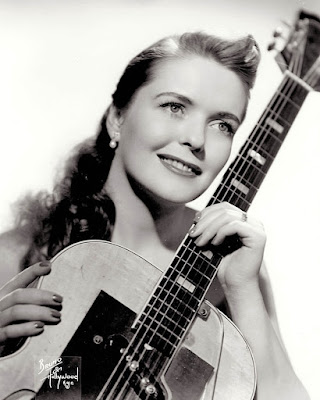 Since I was a child I’ve been a big fan of Les Paul and Mary Ford, the husband and wife musical team that had a tremendous amount of success in the 1950s. I found a Les Paul/Mary Ford record at the thrift yesterday, one that I didn’t have. In fact, I hadn’t even known of its existence! Bouquet of Roses came out in 1962, a country album, it was recorded in Nashville with studio musicians and The Jordanaires, the vocal group that had backed Elvis on many of his early hits. This was a departure for the duo, prior to this most of their recordings were done at Les and Mary’s home, in Les’ state-of-the-art studio. Paul’s contribution to this effort was minimal—he took about three or four solos. It may have been made to fulfill their Columbia records contract. Instead of guitar and vocal multi-tracking it was an album of straight-forward country standards—probably Mary’s favorites. The arrangements were pedestrian; the material consisted of radio hits from the previous twenty years, but Mary’s voice never sounded better.

On the final cut, She’ll Have to Go, Mary had the opportunity to use her seldom used but delightful lower register (C# an octave below middle C for those of you playing along):

The song’s theme of infidelity may have reflected the couple’s marital status at the time. They would be divorced a few years later, with charges of adultery and cruelty from both sides. After their divorce, Mary remarried and moved back to California where eventually she died in 1977 from complications of diabetes.

Here is a shot of Les and Mary in happier times: 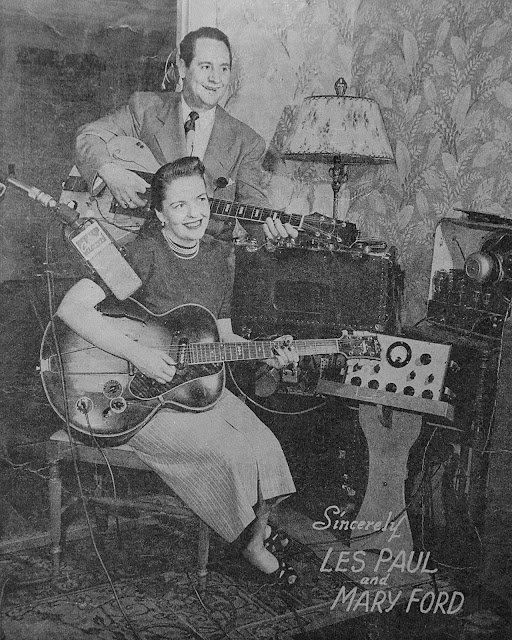 What a couple they were with all their talent. I have a '96 Les Paul Studio that is my go to electric instrument.