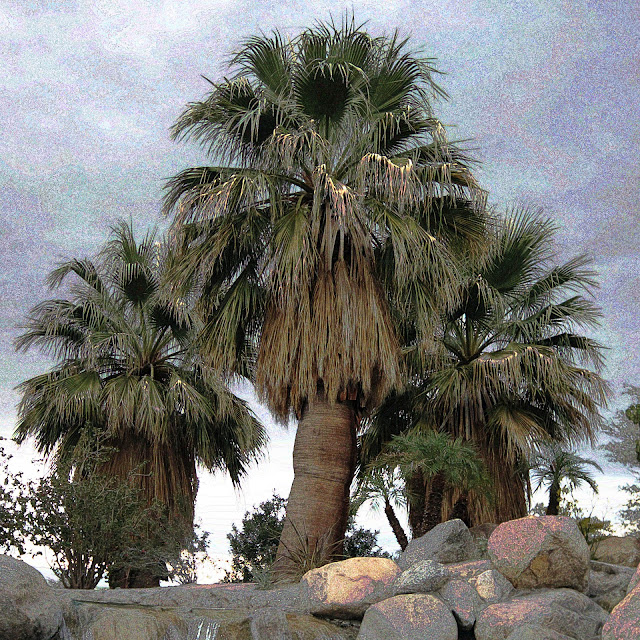 I did spend a fair amount of time in Palm Springs, lots of palms (duh!) and while I was there it was Modernism Week—a celebration of all those hideous furnishings our parents bought in the 60s and have become cool again: 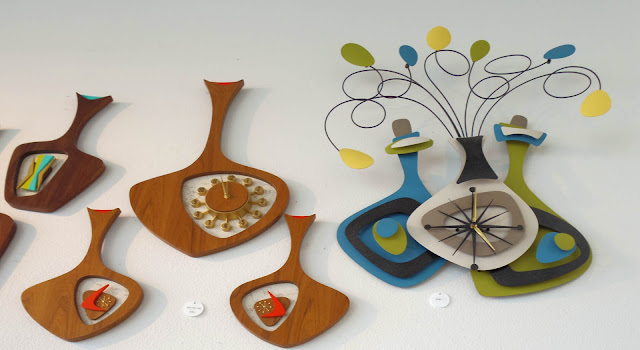 There were numerous shops selling both old and new Mid-century Modern goods: 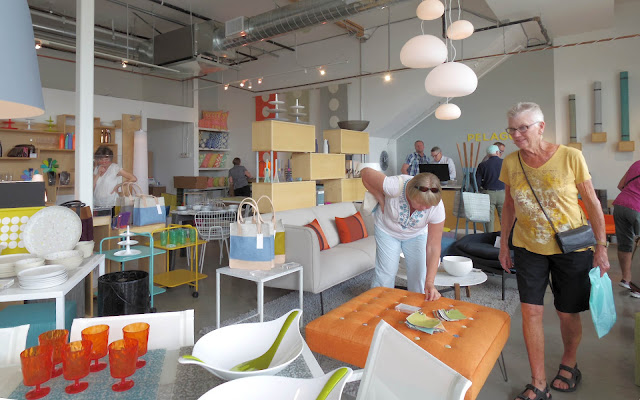 On a more serious note, we got the chance to see a stunning new documentary about Eero Saarinen, the noted Modernist Architect (TWA Flight Center, Gateway Arch, Dulles Terminal, as well as many other projects). It was directed by Saarinen’s son, Eric, and was shot in 6K HD using drone footage to give hitherto unseen perspectives to his father’s masterworks. Shown on the biggest screen in area, it was digital projection done right. It is also a story of Saarinen’s troubled family history and we were privileged to have the producer/director of photography present for a heartfelt Q&A after the screening: 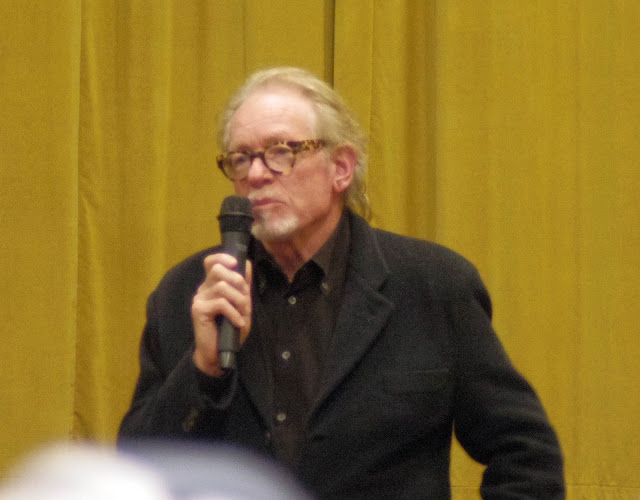 We also attended a showing of a documentary about neon signage and later spotted one of that film’s featured works (by Rio) in a Palm Canyon Drive shop: 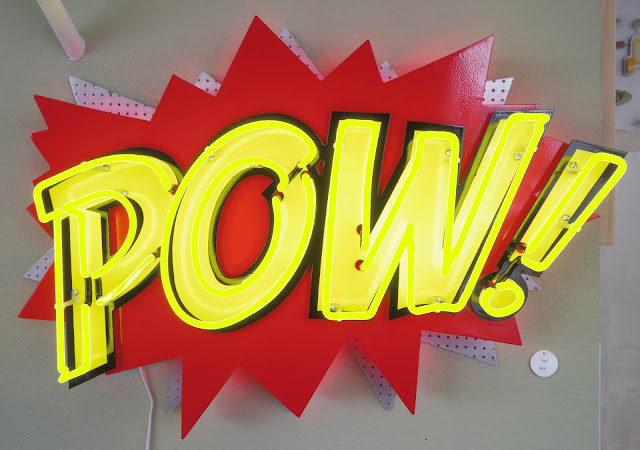 If there is a visual zeitgeist to Palm Springs, it has to be the work of the legendary artist Shag. His shop is sort of a Mecca for the devotees of his sort of Modernist kitsch:

While I’m not exactly as “chic” as the exquisite serigraphs inside, I did visit the store: 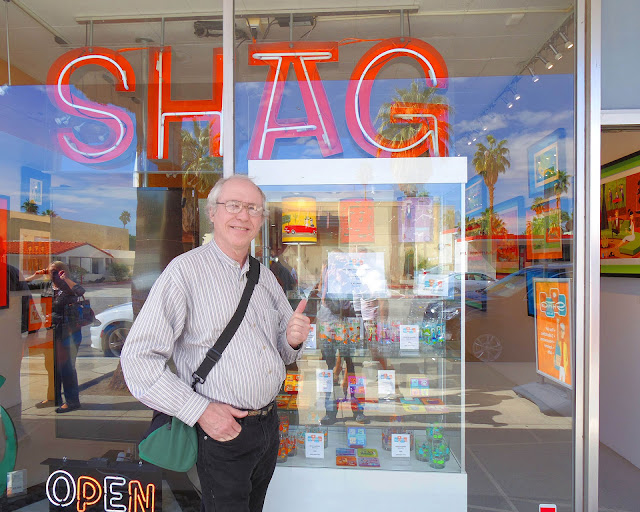