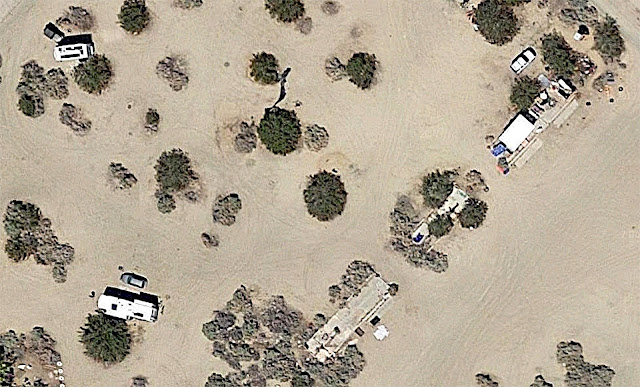 Three books, each with connections to my recent road trip to Slab City, the squatter’s village in Southern California.

Kerouac is the godfather of all the “young male on a spiritual quest” novels. His Dharma Bums has extended sections taking place in parts of rural Southern California with hoboes, drifters and free-thinkers in the 1950s. Along with On The Road, it has infected  young minds with the idea of hitting the road to find spiritual revelation. It is a noble intention and Kerouac's main character, Ray Smith, is a true believer even if his grasp of Buddhism is somewhat child-like in its simplicity. The important thing is that these two books inspired millions of young men to leave civilization, hit the road and explore America. Whether that blueprint is a good or a bad thing depends on your own “Dharma.”

Chris McCandless was one of those young men. His story of leaving civilization and ultimately perishing in the Alaskan Wilds is the subject of this popular book and the equally successful Sean Penn movie of the same title: Into the Wild. McCandless stayed in an “outsider” area around the Salton Sea before his ill fated trip. That settlement was later destroyed, parts of the movie were filmed in nearby Slab City (with a young Kristen Stewart.) I wouldn’t be surprised if McCandless had read and was inspired by Kerouac’s books.

Sue Grafton, the highly successful mystery writer, was also intrigued with the Slab City. Her 1990 book “G is for Gumshoe” devotes several chapters to Slab City and nearby areas. Her journal about the writing of the book mentions several visits. I read the book at the suggestion of my frequent commentator Oroboros and was suitably impressed. Grafton’s impressions of the Salton Sea area certainly synced with mine. It is formula fiction: high on description and action, low on anguished ruminations; the heroine is a woman who acts impulsively, sometimes to her own detriment. Grafton, with a background in TV writing, knows how to keep a story moving along. 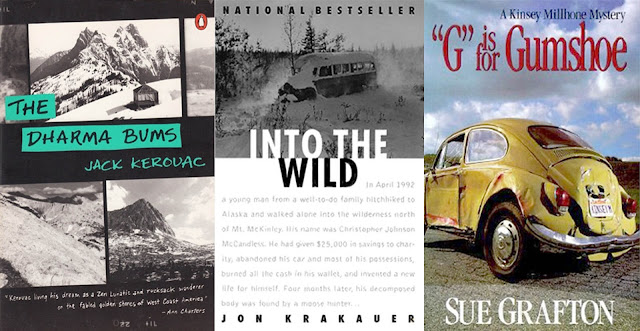 Pleased to be a catalyst of sorts for this piece, Prof. I'm awaiting Grafton's latest...she's about run out of alphabet!

I added "G" is for Gumshoe to my reading list.

There is something so bizarre about that area. The air is different there.

The fact that the Salton Sea is over 200 feet below sea level might have something to do with it, there is definitely a different "feel" to the air.