Icelandic Invasion at the ASI

Last night found the Weaver and me at a most unusual concert featuring some fairly obscure musicians: the Icelandic musical collective Bedroom Community. I have seen versions of them perform in Iceland a couple of times but this was a rare opportunity to see these performers in the Midwest, fresh from their triumphant residency with the Los Angeles Philharmonic. Not every artist could make it: The U.S. Immigration Services denied the visa application for Swedish vocalist Mariam Wallentin, I fear that this may be a harbinger of things to come. Set in the gorgeous courtyard of The American Swedish Institute, it was an evening of musical highs and plateaus. It has been over ten years since I’ve last seen the melancholy Valgeir Sigurðsson perform. He’s since been busy, as a composer and as an all-around audio producer and engineer for Björk, Sigur Rós and numerous other acts. He was in Minneapolis last night, although oddly subdued, seeming content to stay in the background while violinist Pekka Kuusisto led a string quartet from the Saint Paul Chamber Orchestra: 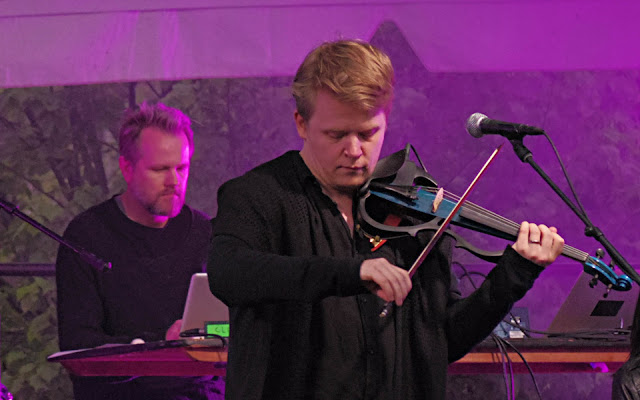 The Bedroom Community is a loosely-knit group of musicians, it includes Jodie Landau, a singer and multi-instrumentalist out of Los Angeles who was effective with his art songs: 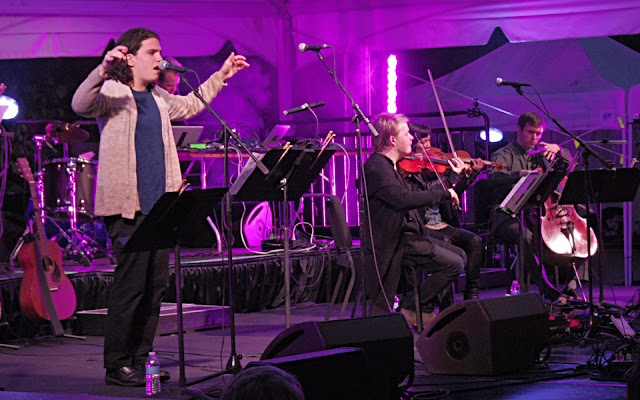 The neo-folkie Sam Amidon is a bit of the odd man out here, he is not a very dynamic performer and his musical sensibilities re: American Folk Music is about 60 years out of sync with the times. He would have been great in the pre-Bob Dylan folk era, I couldn’t fathom why he was on stage with this group of musicians: 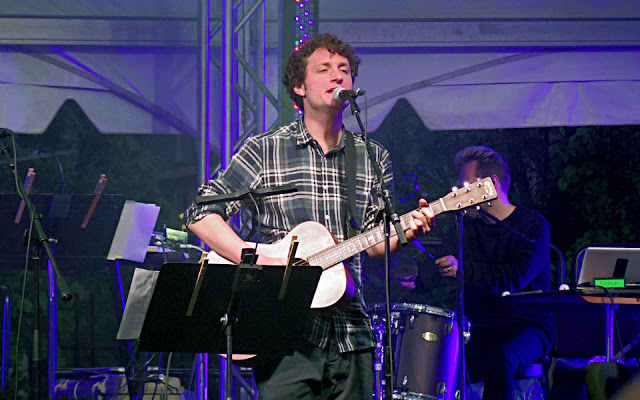 Daníel Bjarnason was also low-key tonight, his piano was lost in the mix at times: 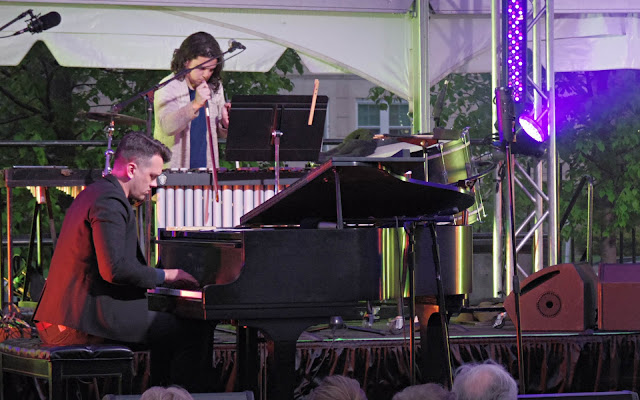 The wild card in this deck was Kuusisto, a virtuoso violinist from Finland who performed an excellent cover of Prince’s Something in the Water with Poliça's Channy Leaneagh: 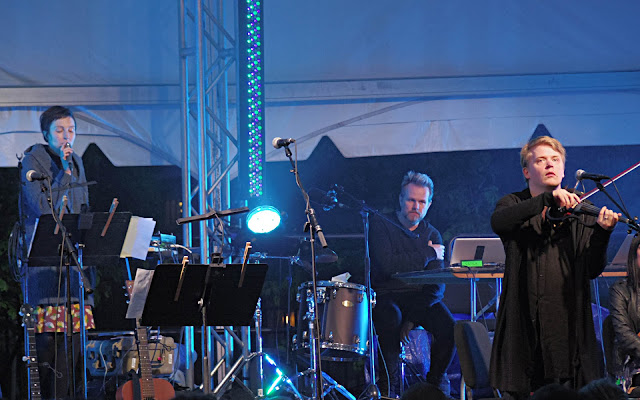 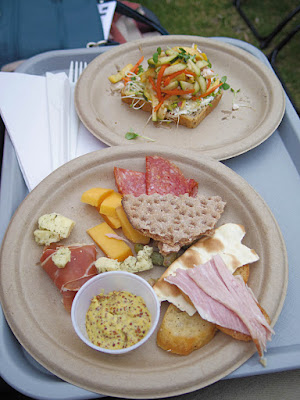 There was more than just music: delicious small plates from Fika, the ASI restaurant, were available, along with a choice of beverages and a yummy strawberry custard dessert cup.

One hazard of an outdoor show in South Minneapolis is the nearly constant sound of jets leaving the nearby MSP airport. Sometimes the roar of the engines was in tune with the composition, not what was intended, but making for memorable performances.

All in all, not too bad for a Tuesday evening!

Fika is a Swedish verb meaning to drink coffee and eat snacks, usually with friends. I think it's a good name for a food vendor.

The museum and its grounds were open as well; lots of fun things to do.