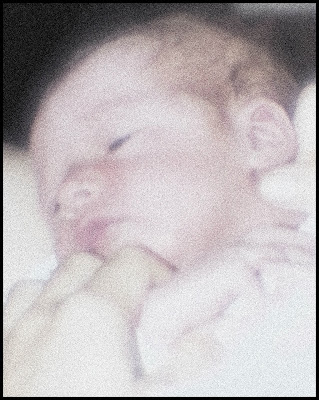 Andy got Jennifer’s car from the pub’s parking lot and went to her apartment building. There wasn’t anyone around when he went in, nobody was in the hallway either. Jenifer had given him a list of things to pick up. She had done her laundry just before going to the pub and her clean clothes were still in the laundry baskets. She had a list of things to get from the bathroom, as well as her cosmetics case from her bedroom. Andy was struck by how neat her place was. Not counting the laundry, it was as if she was going to show the place for rental. Andy wondered if she would be able to tolerate the “bachelor pad” housekeeping at his place. Another aspect of Jennifer’s apartment was the lack of personal effects—no pictures except for one, of an infant, on her bed stand. Impulsively, he put The picture in with her clothes. He looked out the window at the apartment building’s parking lot: there was still no one there, at least as far as he was able to determine. The two baskets of laundry and Jennifer’s other effects made for an unwieldy load, but Andy thought it better to move it all in one trip.

As he was leaving, the phone began to ring. Putting down the clothes, he looked at the caller ID and wrote down the number, thinking that Jennifer might want to know who it was that had called. The trip to the car went without incident, and Andy drove back to his house. He parked the car in the garage and shut the door. The garage had a window. Andy pulled its blind down. He went into the house with Jennifer’s things.

The kitchen had been cleaned, and he could hear the sound of the vacuum cleaner coming from the bathroom. Things would definitely be different from now on, he thought.

“Hi, I’m just doing a little picking up, I hope you don’t mind?” said Jennifer, “I’m a little OCD, but not completely over the top.”

“I’ve been a little lax with the dusting,” said Andy, “I’m more of a spring-cleaning type.”

“It wasn’t too gross—no food in the bedroom, at least—that’s a big plus in my book.”

“I got everything on your list,” he said, “And I didn’t see anyone in the parking lot, or in the building for that matter. The phone rang when I was there, I didn’t pickup, but I did write down the number.”

“Thanks,” Jennifer said, glancing at the number, “It was him. I’ll call my answering machine and see if there is any message.”

“There is an empty closet in the bedroom. There are hangers. You can use the white dresser as well. I’ll move the brown dresser into the study, I can use the hall closet to hang the rest of my things.”

After Andy moved the dresser, they began to put their clothes away.

“Why did you bring this back?” Jennifer said, when she discovered the photo.

“I just saw it, I though it might be something you’d want,” Andy said, “Is it a niece or nephew?”

“It’s my daughter.” There was a long pause. “It’s the only picture I have of her.”

“That’s alright, there’s no way that you could have. It’s another long story,” Jennifer continued, “Would you like to hear it?”

The Reader is serial fiction, published every Friday