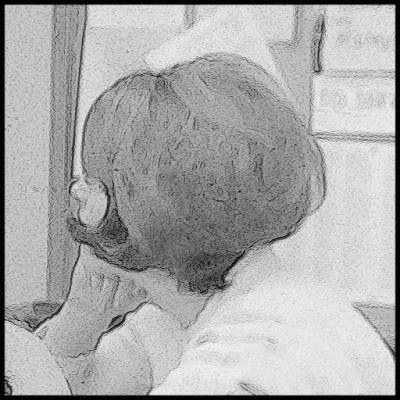 “Confessions of an unwed teen mother, by yours truly,” said Jennifer, “You would think that by the eighties its stigma would have been gone, but it wasn’t, at least in the small town where I grew up. I had been seeing a guy—he was a misfit—a really good speed-skater in a town of puck-heads. We found ourselves home alone at his house one Saturday; his folks were out of town for a funeral. His lovemaking technique wasn’t very polished, but it was effective. I got pregnant. First try. After a meeting with all of our parents, I was decided that I go to a place in the big city, a place where I could have my child and get a high school diploma without causing to much of a stir. I thought it would be great, not my pregnancy that is, but the fact I could go to Minneapolis. Anything to get out of town. The place I stayed at was run by nuns and not only didn’t I get my diploma, I was held prisoner, the only experiences I had were in religious instruction of a cruel and debasing kind. I had the baby, and then came back to town and graduated a year later than the rest of my classmates. I was shunned, but actually it was a good thing. The skate-boy still wanted me, but I knew there was more to life than making the same mistake over and over. I went to the U, where my life really began, especially after I started taking ‘The Pill.’ My flings were generally fun, excepting the one I told you about, but they got old after a while. I met a nice guy, we moved in together and established some sort of relationship. He was my age, but had graduated a year ahead of me, of course, so when we compared yearbooks he brought it up and I just said that I had some ‘issues’ around that time and that I didn’t want to go into it. He was such a sap that he never asked further questions. I don’t think that he ever realized that I had had a baby. So, that is the story of that picture.”

“Have you ever met her?” asked Andy.

The Reader is serial fiction, published every Friday

I hope she doesn't wait too long. I've looked up old friends only to find out they had died. It makes the heart drop for a while and the regrets surface.