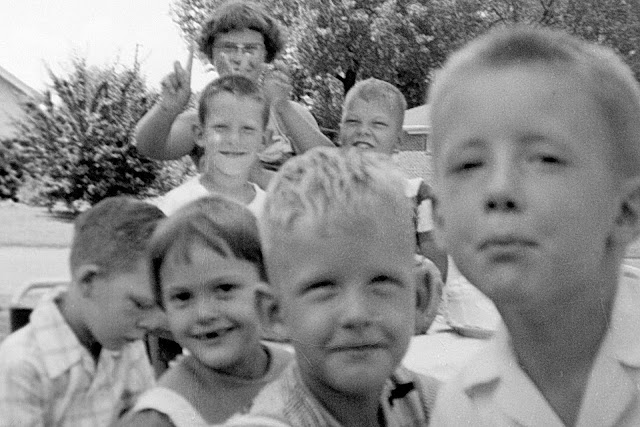 Woo-hoo! A party!
I was turning seven, these might be the happiest pictures of me as a child in existence. We had quite a few of the neighborhood kids there, enough so that my mother bowed out of the preparations, letting my father cater the whole affair—cake and ice cream. Lots of ice cream. 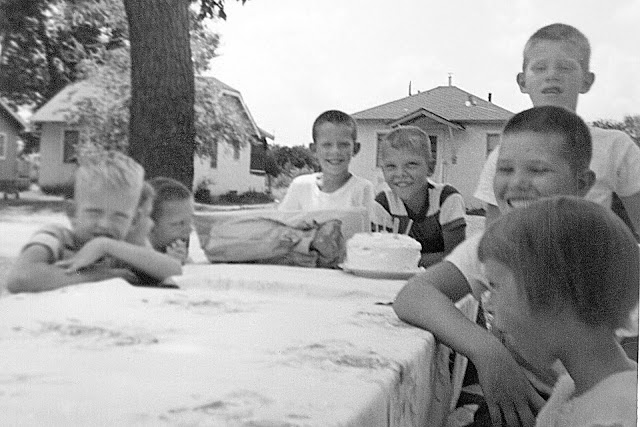 If Arlen doesn’t look so happy, it may be due to the fact his family had never had ice cream (they might not have had a refrigerator, there were still ice-boxes in use then) and my dad let him eat as much as he wanted. Arlen ended up getting his stomach pumped.

That was the last birthday party I ever had.

Maybe it's time you have another part. _ _ _ decades is a long time to wait.

It's six, but who's counting?

ICE CREAM FOR EVERYBODY, ALL YOU CAN EAT!

I didn't know you COULD eat too much ice cream!

Wonderful! I remember your old house, next door to my Uncle Frank & Aunt Mabel... I don't think we knew each other until we were 8, but my memory often fails me...

Andy ~ I remember your Aunt and Uncle well, I think you were nine when you started coming over, we moved out in the summer of '60…