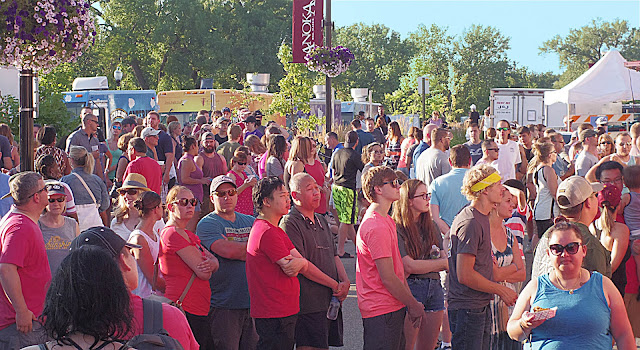 My home town was overrun by “Food Trucks” last Saturday. These gypsy bistros have blossomed in popularity over the last few years in big cities all over the country, usually serving a lunch crowd or as an adjunct to micro-breweries. My small town has been historically somewhat insular in its approach to "outsiders" but somehow someone persuaded the city council to allow dozens of these culinary interlopers to invade. Part of their appeal is in the graphics that adorn the sides: 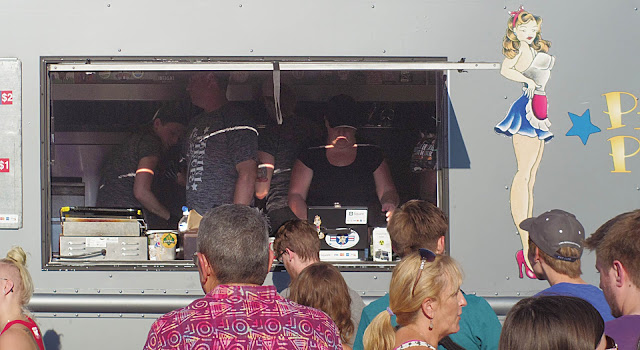 Some were obvious franchises: 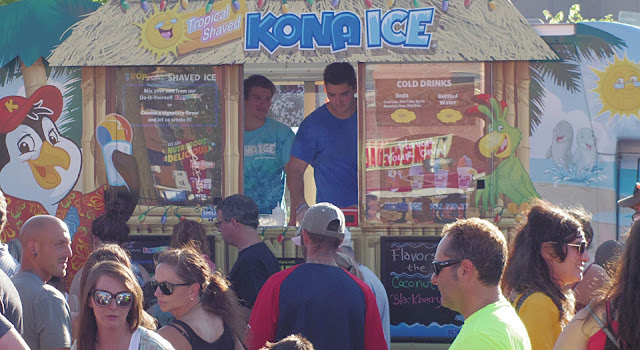 One problem with the food trucks is that the city has gone to great lengths to make downtown “loiter-proof”, therefore there are few places to sit and eat. They did block off a couple of blocks to traffic, so people made do with the curb and sidewalks: 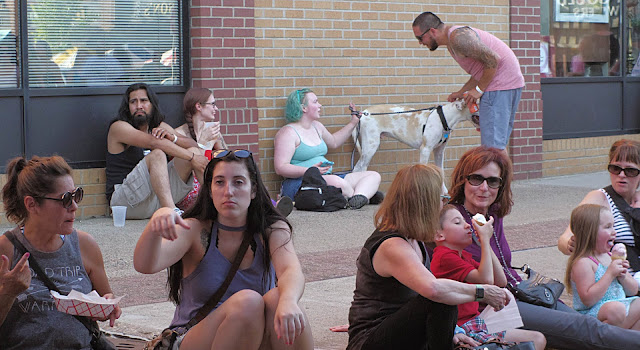 The lines for the more popular trucks were long and slow-moving, patience was thin: 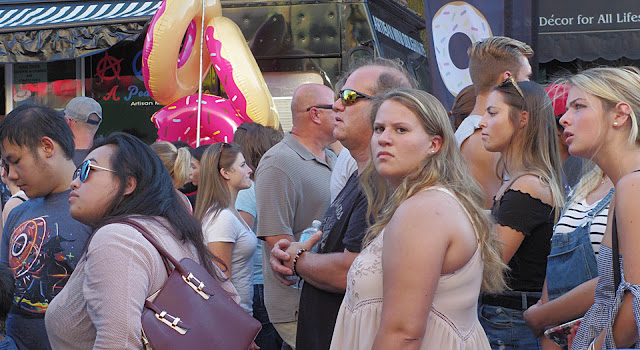 The trucks that had few customers generally had poor graphics, indeed, it was sometimes hard to figure out what it was they were selling (why would anybody want to eat ‘butcher salt’?) : 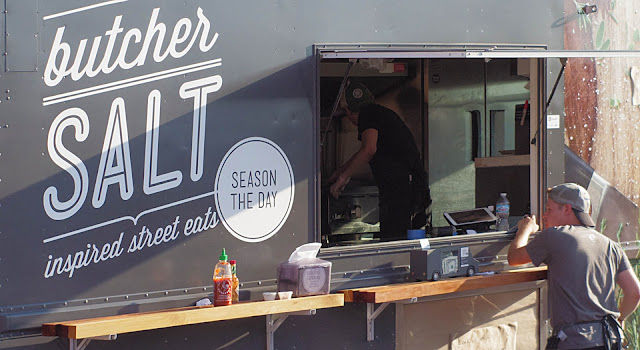 Overall, I would say that the response to Food Truck Day went far beyond anyone’s expectation; it was like the State Fair, but without all those annoying exhibits: 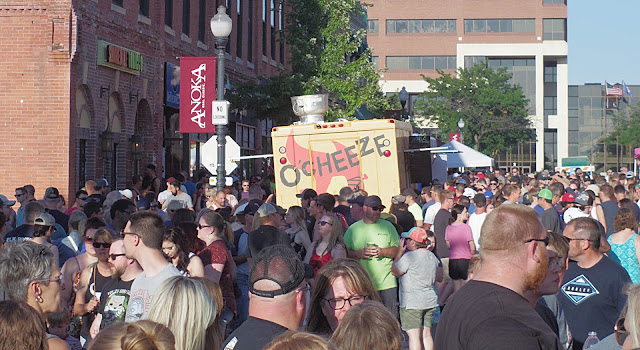 The little kids loved the water fountain in front of city hall, a perfect place to cool off in the ninety degree heat: 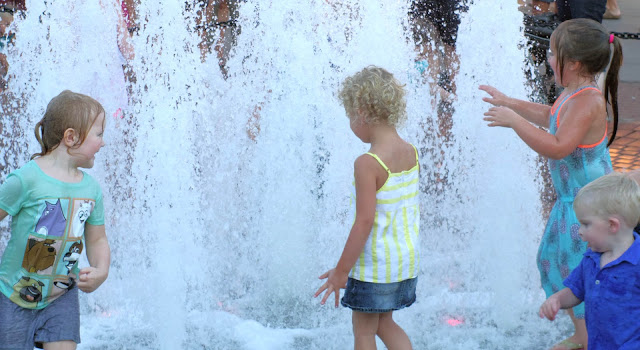 Just down the hill from where the trucks were is the Rum River, many people were using the area to get away from the bustle (and to snap a few selfies): 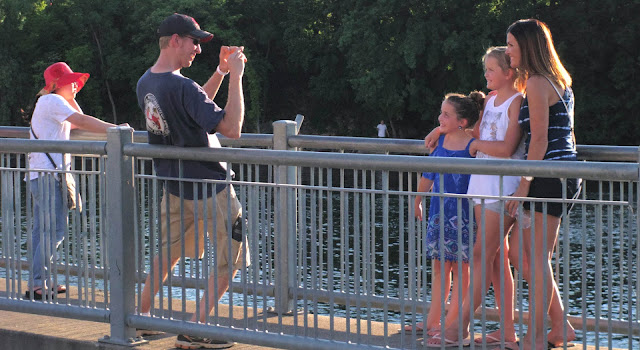 Meanwhile, back on the street, there was lots of kids texting and there was even some old-fashioned face-to-face communication going on: 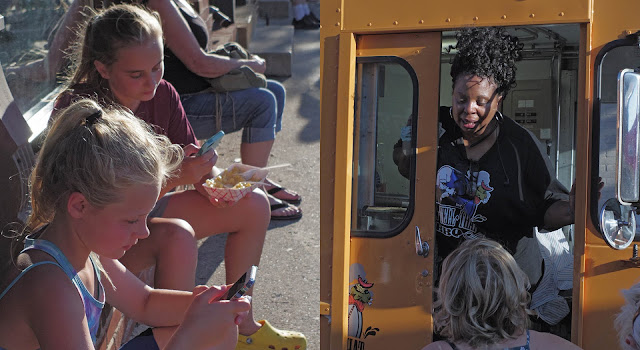 One side benefit was that the regular restaurants and bars were also packed, everybody wins!

Duly noted and corrected, although you’re right, it does fit.

Patience was thinner than many of the consumers of the delicacies.