NOTE: This a reprise of a “Little Miss Loopy” FITK post from 2004 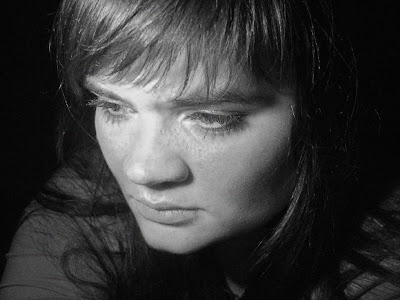 Last night I was watching Pretty in Pink, a classic 80s cult movie, with a lot of pink clothes in it. The story line is really not that complicated. Poor girl meets rich boy. Rich boy asks poor girl out. Poor girl accepts and falls in love. Rich boy asks poor girl to the prom which poor girl accepts. Rich boy backs out because poor girl is not rich enough. Poor girl shows up in a hideous pink dress to prom and rich boy realizes he loves her. And they live happily ever after. Honestly, what was wrong with people in the 80s?

Pretty in pink really has nothing to do with anything. I just wanted to point out how utterly pointless and bubble-gum pink it is. What happened after I watched the movie is what matters here. I had to pee.

So I go into my toilet and when I’m about to loosen the belt I realize my toilet roll is gone. I was totally amazed and equally furious at the person who stole the roll. I recommend that right about now you run off and get some coffee because this story is about to get a bit complicated. To make it a little less complicated I have to tell you three very short and completely unconnected stories…

Story 1: I was very poor last month, about as poor as I have ever been in my life. We are not talking about pot noodle poor, we are talking about not eating unless someone gives me something kind of poor. But I’m over it now, and I’m fine. Except I ran out of toilet paper in the middle of this poor season and had to steal a roll from work. I’ve never stolen anything from work before and when I finally did it was a massive toilet roll I had to hide in my bag while my unsuspecting boss drove me home.

Story 2: I wanted to curl my hair the other day as I was thinking about going as a gypsy to a Halloween party and felt I needed to have curly hair for that occasion. Since the office toilet rolls are not good for using to make curls, a friend of mine gave me one of his rolls. It was Andrex, you know the one with the puppy on them and are supposed to be extra tough as well as soft. I never got round to curling my hair so it has been sitting rather oddly on top of my stereo now for quite some time.

Story 3: I now live in a basement room, down town Reykjavik, which I rent from a suspected alcoholic landlord and her very peculiar husband. It’s been lovely. I have my own bathroom, with a shower and a massage bathtub, and have had no trouble at all with the people in my house. Unlike my previous home where I tried to light the place on fire amongst other things. Well, there was a incident where the alcoholic landlord broke into the basement by smashing a window because she forgot her keys but other than that, nothing. Until last weekend when I was on my way to the shower that is. I met on my way two youngish looking men surrounded with furniture. One of them, I don’t know who yet, is my new next door neighbor. The new next door neighbor from whose room I hear even the smallest farts and I know exactly when he's having a cigarette because the smoke finds it's way into my room. He has a different bathroom than me. Which is highly odd since there is nothing in this basement except the two bedrooms and the two bathrooms. He doesn't have a name yet, nor a face since I don’t know who of the two is the smoking farter.

So there I was, peeing my pants, and the roll gone. I was too involved with the whole having to pee thing that I didn't think about who had stolen the roll. I suddenly remembered my other one though and ran back to my room to get it. I took it back, put it on the bathtub next to the toilet, turned around and my belt slammed right in to it so the roll went from the tip of the bathtub straight into the toilet. THE WHOLE ROLL. Then I was faced with the awful task of getting the roll out of there because obviously you can't flush a whole roll at a time. Especially not when it's the extra fluffy puppy type.

In my toilet paper rage I suddenly remembered the damn smoker. I ran to his toilet and what do you know, there was my stolen roll of toilet paper stashed on his sink. I can’t even describe my frustration and in a state I ran to my room and wrote him a harsh letter. I’ve now decided not to deliver it. I’m going to keep it though, in case he tries to steal anything again. Maybe I should put the wet and disgusting roll where I found mine as revenge.

The nerve of some people.

I definitely think you should put the roll back in his sink that would be hilarious! I hope you have better toilet paper luck in the future. I feel your pain!