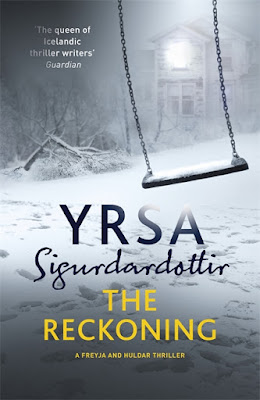 I’ve been following Yrsa’s career for several years now. It has been a mostly uphill journey, each novel has been better than the previous. Until now. Police inspector Huldur and child psychologist Freyja are an odd couple who once had an unsatisfactory fling, the memory of which constantly comes between them as they are repeatedly forced to work together in their respective professional capacities. This conceit worked well for the first book, but has become tiresome in the second. In fact all of the characters are tired tropes, all are completely repulsive (as might be expected in such a sordid story) which made for a long slog to reach the unsatisfactory ending.

The English version is a UK-only book (so far.) I doubt that this series will get picked up in the U.S., it seems to me that Yrsa has lost her spark.