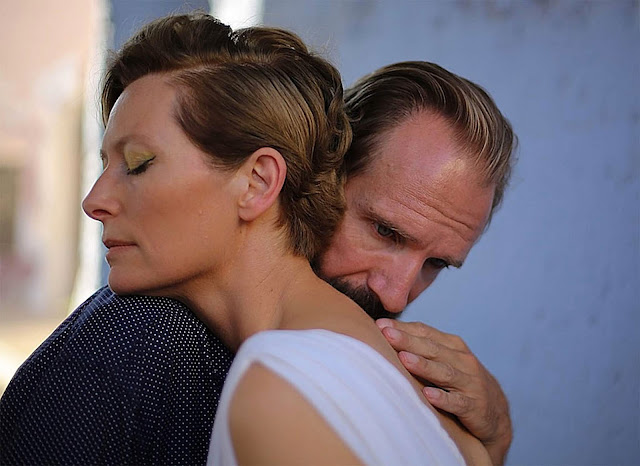 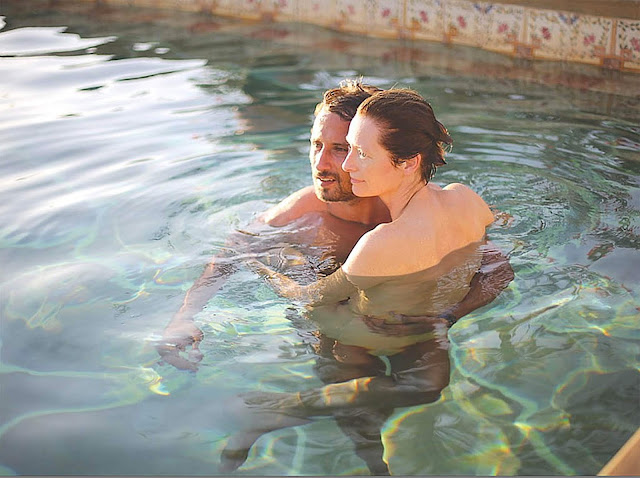 There is nothing like watching a summer movie (set on a Sicilian island featuring beautiful rich people having personal problems) to alleviate the late-winter blues. And they are often naked. Starring Tilda Swinton, Matthias Schoenaerts, Ralph Fiennes and Dakota Johnson, A Bigger Splash is an existential drama high on emotional turmoil but low on plot allowing the viewer to turn their mind off and go with the flow. The rehab vacation of Marianne (Swinton, a rock-star recovering from vocal chord surgery) and Paul (Schoenaerts, Marianne’s film-maker partner) is interrupted by the arrival of Harry (Fiennes, a record producer who used to be Marianne’s lover/manager) and Penelope (Johnson) who is presented to the couple as Harry’s newly discovered 22-year-old daughter. Things get off to a rocky start and go down hill from there.

Fiennes’ Harry is a manic druggie, basking in the glow of past accomplishments, still desirous of Marianne, resentful and envious of Marianne and Paul’s happiness, and has something more than a paternal interest in Penelope. Swinton’s Marianne is nearly mute from her operation and has conflicting emotions concerning the other three. Paul is suffering from writer’s block possibly stemming from an earlier suicide attempt and is jealous and resentful of Harry. Johnson’s Penelope is immature and bored, and looks to Paul as a way to escape into adulthood. 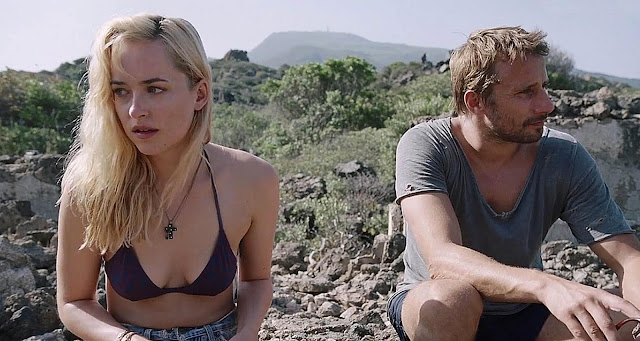 The heart of the movie is Marianne and Paul’s relationship, a relationship that cracks but does not break. The African sirocco not only brings hot winds but also immigrants from Tunisia, further complicating matters.

Reminiscent of the films of Roberto Rossellini, it is not for all tastes. That can be taken as either a recommendation or a warning.