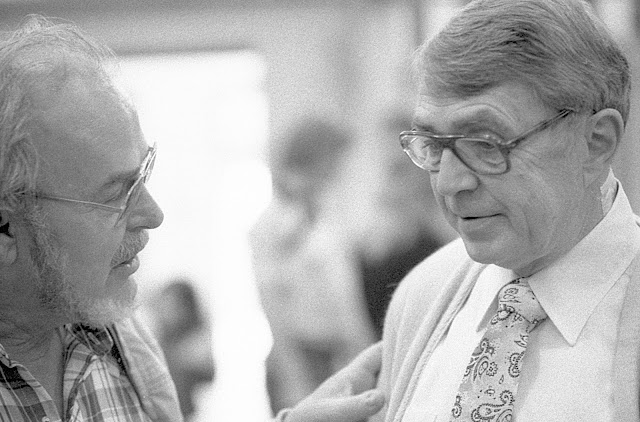 My father and Douglas B. Drolsum, at my elementary school’s closing in 1982.

The man on the left was my father, the prime authority figure in my childhood. The man on the right, however, was the first real authority figure outside of my parents. He was more than just the administrator of a typical elementary school in the 1950s, he was the introduction to the idea of a structured society. I was hardly a hellion but I did manage to spend some quality time on the bench outside the principal’s office (re: the great paper airplane incident.) Every semester his bold signature would be on my report card, further proof of his omnipotence: 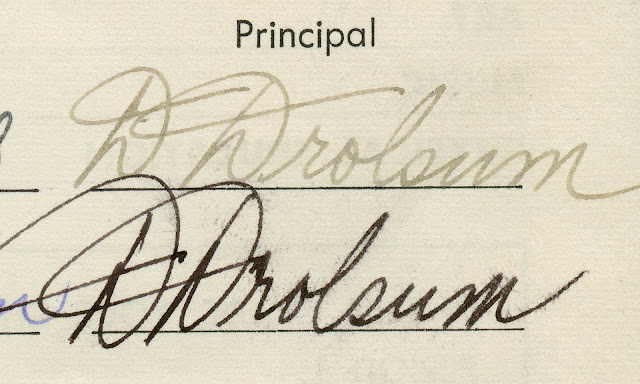 He was actually a pretty mellow fellow. I saw him again when I worked at the police department evidence room when he came in for some recovered school property. He looked older, of course, and very tired. When I last saw him (image above, 10 years later) he looked better, as if retirement had restored his vigor.

But my most vivid memory of Mr. Drolsum was at a talent show at our school. It must have been in late 1956 or early 1957, Douglas did a killer impersonation of Elvis Presley: 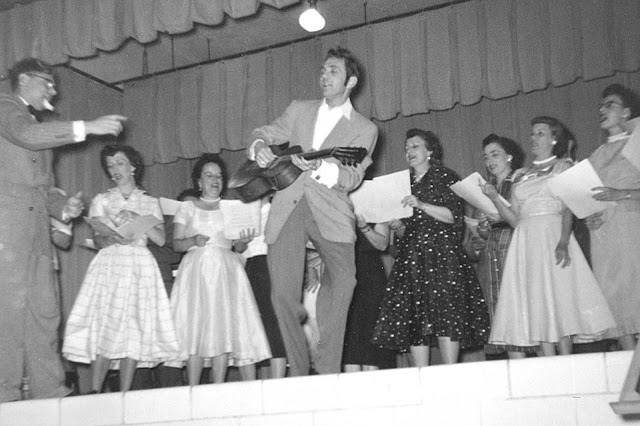