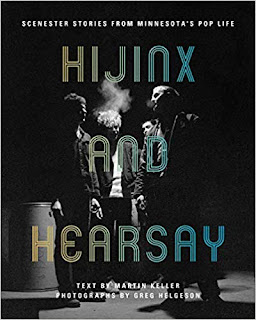 This handsome book chronicles pop culture in Minnesota in the 70's and 80s. It was a heady time for local music (Hüsker Dü, The Replacements, Prince, Dylan) as well as for the burgeoning comedy scene (Joel Hodgson, Louie Anderson, Lizz Winstead). Keller and Helgeson covered it all, as well as visits with numerous stars (John Lee Hooker, The Rolling Stones, Bob Marley, James Brown), stars-to-be (U2, Devo, Elvis Costello) and local legends (Willie Murphy, Steve Kramer, and Koerner, Ray and Glover). Even some literary giants (William Burroughs, Garrison Keillor, Tim Carr) make an appearance in its pages. I picked up a copy directly from the authors, they were having a book signing at The Schooner, a neighborhood “dive bar” (in the best sense of the word) that is becoming a cultural oasis of late. Martin Keller was always supportive of the groups I worked with during that time; he was one of the few (there were two!) writers who consistently covered the local scene.

There was another local legend in attendance at the Schooner as well: the notorious Jiggs Lee who has been performing in the area since the 1960s in such groups as The Grasshoppers, The Bananas (while wearing a yellow suit with brown buttons!) and, most successfully, Cain. Jiggs was in fine form last Friday, playing with his latest group, The Jiggs Lee Invasion, playing mostly covers of obscure tracks from The British Invasion bands of the sixties. They ended the first set with the Yardbird’s rave up Over Under Sideways Down. At the break I asked Mr. Lee if he had been at the group’s legendary department store concert in 1966.

Of course he had. 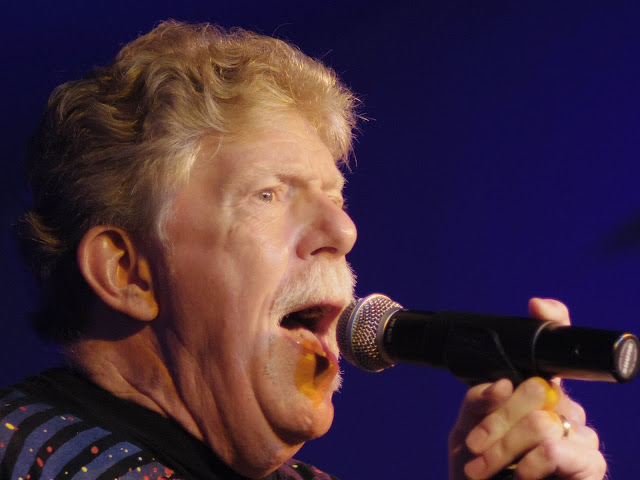 This book, the First Avenue Book, and the book you recommended make for a perfect trifecta of my misspent youth.