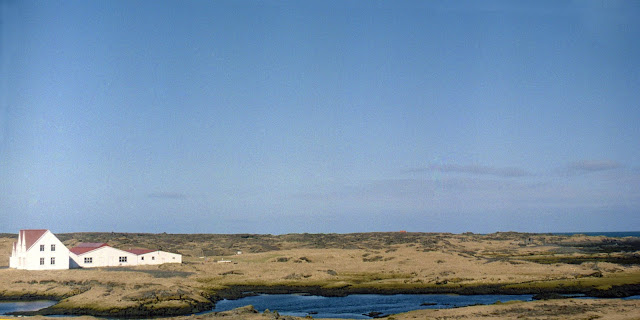 I was digging through the archives the other day, looking for a negative to scan and upload to a Wikipedia page. As I was rummaging, it dawned on me that somewhere in this mess was the last picture I shot with a film camera. I had bought a digital camera by then, but I also took along a medium format film camera. The image above (taken October 25, 2006), is that picture. It was of a moss-covered lava field in Iceland, shot through the window of the shuttle bus returning to the airport.

If you ever look back on the early days of FITK, you will notice that there weren’t many images in 2004 and 2005 (and some of those are ones I put in later.) I just didn’t take that many pictures then; I thought that writing a blog would be enough, who would post hundreds of pictures to a blog anyway?

I was definitely late to that party.

Nice! There was a Pentax 645 for sale up here a couple of years ago. I know the guy and it would have been sweet, but I just couldn't muster the ambition, let alone the cash.