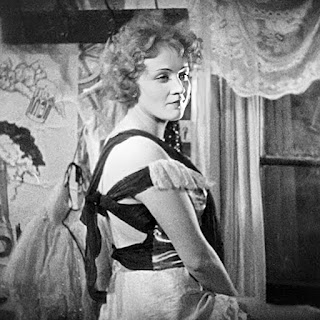 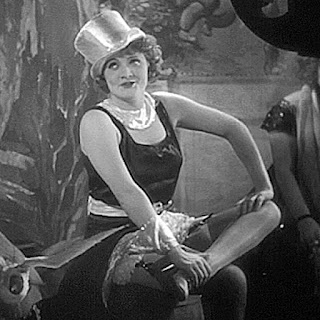 Whew! My summer binge-watch this year included 8 films from the 1930s starring Marlene Dietrich. Most of them were directed by Josef Von Sternberg, who came from Germany with Marlene after directing The Blue Angel, a tragedy centered on Immanuel Rath (played by Emil Jannings) who is a professor who becomes infatuated with Lola Lola, a showgirl. Dietrich’s portrayal of the heartless performer was the start of a series of roles where her character is outside of the societal norms for her gender. Her classic “look” had not quite been defined yet, her appearance is softer and the penciled eyebrows have yet to appear. there is nothing soft about Lola’s humiliation of Immanuel, however. 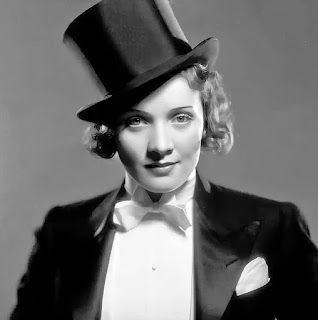 In her first Hollywood release, Morocco, Marlene is once again a nightclub entertainer, Amy Jolly, sporting a full tux and tails in a provocative revue that catches the eye of Gary Cooper who is a wayward French Foreign Legionnaire. Although there is little chemistry between the leads, the impressionist directing style offers a lot of set-pieces that are more like tableaux than proper movie scenes. Von Sternberg is a master of lighting and his treatment of Dietrich borders on obsession. The ending of the film, where independent Amy leaves her freedom behind to follow Cooper is somewhat jarring although adapted from a true story. 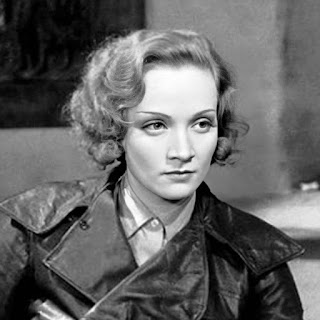 Dishonored is an completely different type of movie. Marlene plays a WWI prostitute who is coerced into becoming a spy. Loosely based on Mata Hari, her character has no sentimentality whatsoever, but does fall for a Russian spy who recognizes the amorality of both of their lives. Marlene goes undercover as a maid, the transformation is so convincing it took me a while to realize it was the same actress!
Marlene’s spy is eventually caught aiding her lover’s escape. Threatened with execution, her only regret is that she liked “serving her countrymen” more than “serving her country”. A harrowing finale ends with her maintaining her defiance. 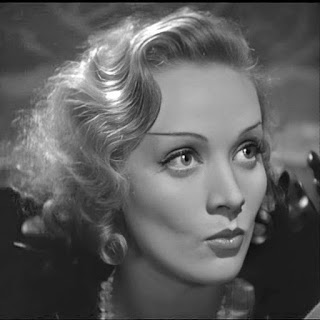 Shanghai Express is set in China in the 30s, Marlene is “Shanghai Lily” a high class courtesan who is stuck on a train that is hijacked by revolutionaries. She befriends Hui Fei (Anna May Wong) who is another woman of ill repute. The intrigue is thick and several westerners are involved in various sub-plots. Critics called it:  “… a riotous exercise in excess in every area; the visuals are overpowering and sumptuous; the costumes ornate and extravagant; the sets a riot of fabrics, light and space; and all of it captured in the most delectable black-and-white cinematography that one can find anywhere.” It is one of the more watchable Sternberg films. 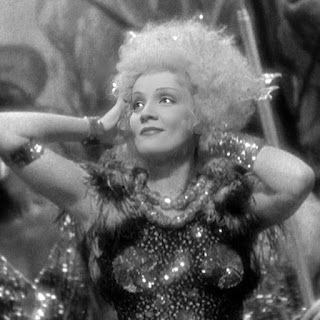 Blonde Venus was taken from a story by Dietrich herself. It is a melodrama, Helen Faraday becomes a courtesan to raise money for a medical treatment for her ailing husband. He recovers and rejects her, Helen hits the road with her son until her husband manages to find them. She returns to show business and becomes a success, finally reconciling with her husband. This is a much more realistic film than the others (with the exception of the outlandish nightclub scenes), the U.S. depression’s effects on people is handled with sensitivity. Cary Grant is in it as her sugar daddy, but he hadn’t yet perfected his debonair screen persona. 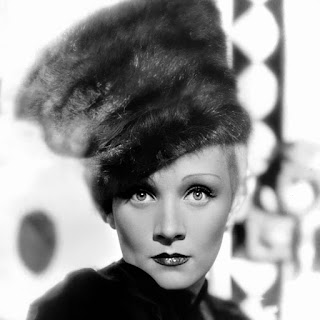 The Scarlet Empress is completely insane, in its direction, set and costume design, and visual excess. It is the story of how Catherine the Great rose to power in Russia. It starts with the 33-year old Dietrich portraying a teen-ager with perfect mannerisms and appearance. She travels to Russia to wed the imbecilic Grand Duke Peter III who later becomes emperor. Von Sternberg goes all out with his expressionistic design and lighting, each costume change for Dietrich is more and more outlandish. Her eyebrows become skinnier and her demeanor more haughty as she leads a charge of dozens of horses up the grand staircase of the palace. 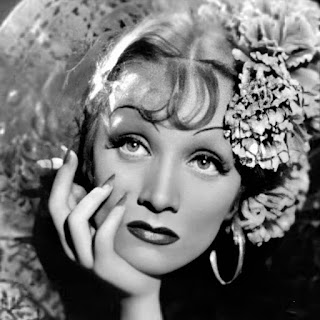 The Devil is a Woman is set in Seville at Carnival time in 1900.

Reportedly Dietrich’s favorite Von Sternberg collaboration, Dietrich becomes almost a mannequin in her heavy make-up and extravagant costumes. A very young Caesar Romero becomes infatuated with Choncha at the carnival only to be warned by one of former lovers (in a series of flashbacks) of her unfaithfulness. Susan Sontag thought that the film was the epitome of camp. It is a little hard to watch because of that fact, it gave me the feeling of much ado about nothing. 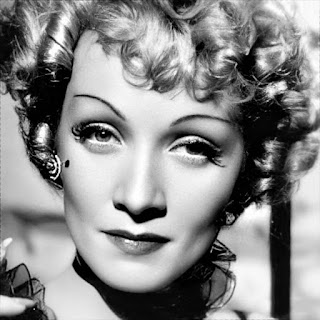 The final film, Destry Rides Again, is by the American director George Marshall. It is a comic western and was the template for Mel Brooks’ Blazing Saddles. Jimmy Stewart is Destry, a pacifistic lawman hire to help the sheriff of Bottleneck bring order to the frontier community. Dietrich is Frenchy, a saloon singer and accessory to Kent, the saloon owner, and his crimes.Dietrich sings and has a knock-down fight with the wife of one of Kent’s victims. Lots of shooting and action, with Jimmy Stewart slowly winning over a skeptical Frenchy. It is hokey but a lot of fun. The more mature Dietrich appears here, still stunning, and makes a good foil for Jimmy Stewart’s aw-schucks demeanor.

So which one(s) would I recommend? If I were still a user of psychoactive substances, I might pick Scarlet. For sheer entertainment, Destry. For her best acting, I would pick Blonde. Dishonored has some of the pithiest dialog.