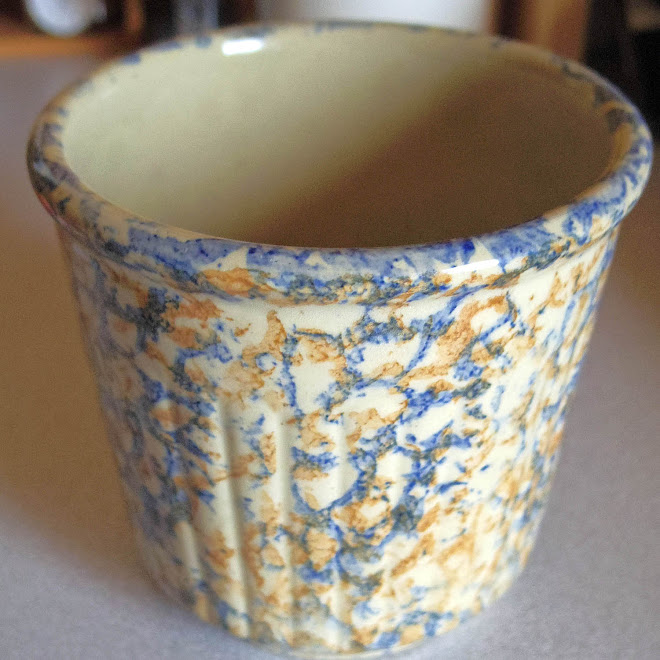 Now that the thrift stores have been reopened, I can get my weekly fix of low-budget collectables.

These days, my interests are in hand-made pottery pieces—sometimes arty, sometimes what might be generously called “plebeian.” The bowl shown above was hiding among the usual tacky modern Chinese vases in a nearby Goodwill. Made sometime in the 1920s, it had a advertisement printed under the glaze in the bottom of the bowl: 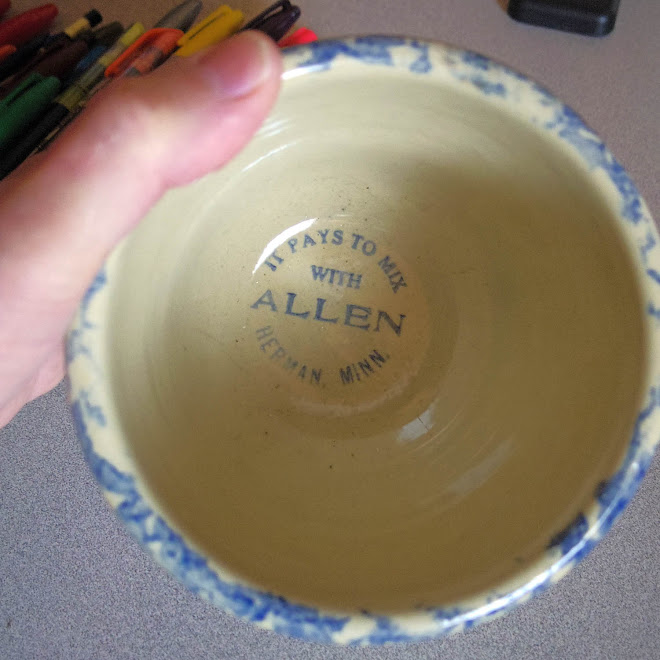 Herman is a small town in west-central Minnesota, Allen was probably a general store or perhaps a feed mill. Red Wing Pottery was, at one time, the largest pottery in the United States. It lasted nearly one hundred years, but foreign competition and labor problems shut it down in 1967. The name has been resurrected from time to time, but antique shops throughout the upper Midwest are still saturated with the original stuff. The advertising ware is popular with collectors.

One problem with collecting any kind of ceramics (or collecting anything for that matter) is finding a use for it. In this case, the smaller size of the piece made it a perfect place to park my markers and pens: 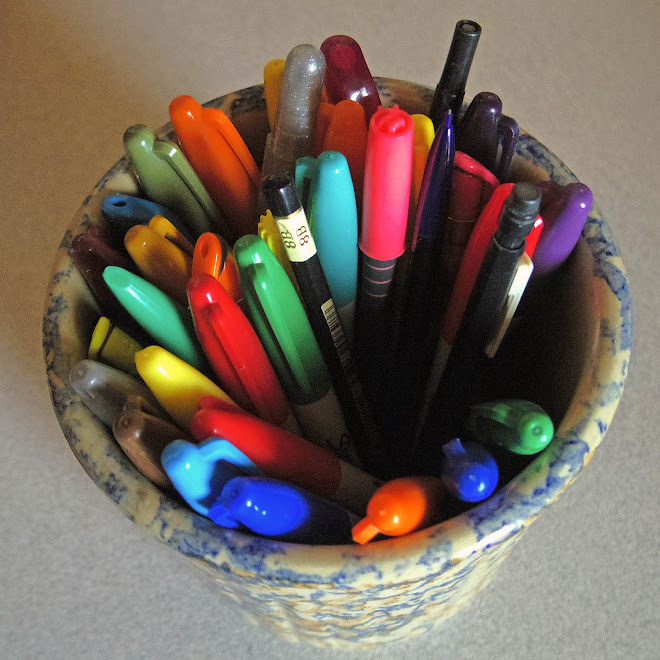 Woot! When I was doing field work in New England in the early 1980s, my boss and I started doing some harmless moonlighting in thrift stores and junk-shops. Heck, if you're going past an emporium which you'll likely never pass again, what harm to make a focused foray? As we were also hooked on the diner ethic [meat-loaf mmmm good], I started collecting droppable, super-robust Buffalo diner china for less than a buck-a-piece. My boss who'd gotten married in 1963 started to beef up his collection of Golden Wheat [https://www.pinterest.ie/pin/90001692525095489/] which had been distributed free in Duz washing powder. I left the country in 1983 with a modest misc collection of cups and dishes. The Boss went a bit bonkers on Golden Wheat; every time I'd go back to visit there'd be another box of saucers and gravy boats. Christmas presents from his daughters was _sorted_ for the next decade.

I remember the Golden Wheat pattern well, my mother got a few pieces but didn’t care for the detergent!