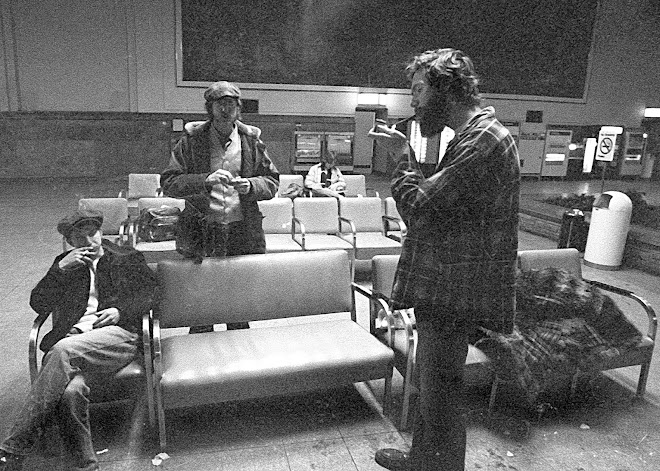 It was a weird thing to do.

45 years ago there was precious little passenger train service in Minnesota. A year earlier, service between Minneapolis and Duluth had been restored and by the winter of 1976 stops in Cambridge and Sandstone had been added. Five of us intrepid young souls seized the opportunity and made a week-end visit to one of the guys in the band who was then living in a basement in rural Dalbo, Minnesota, not far from Cambridge. I had never been on a train in my life, so for me it was a new adventure.

As we waited in the station we were all trying to act nonchalant, like Cary Grant in North By Northwest, but we were half his age and one tenth as cool. One of the guys, Rich, worked in a tobacco shop and had brought cigars. Some of the guys took him up on his offer, including me. I had smoked for a brief period in high school, I thought I might want to relive those halcyon years.

A big mistake. I got thoroughly nauseated, in just the same way I did when I was younger. I managed to make it to Cambridge without throwing up and for the rest of the weekend I avoided tobacco products. When we got there the town was deserted: 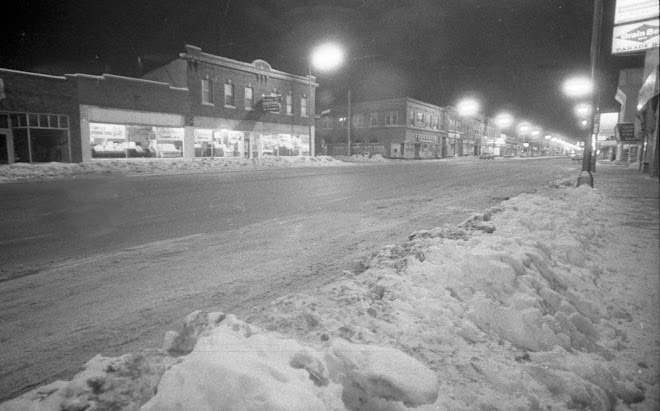 We had to walk a mile to a generic motel on the edge of town. We got a room for the night and smoked dope and watched Carol Burnette on the color TV: 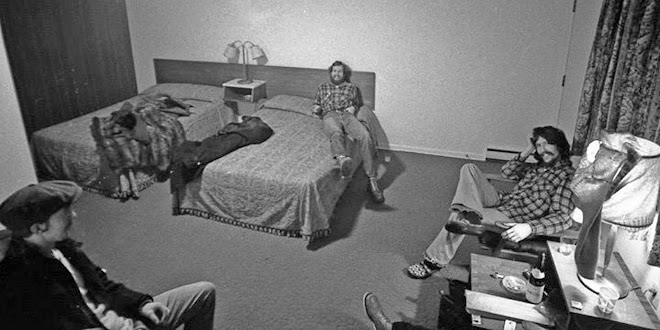 The next day we went out into the country. I shot a bunch of pictures of snow drifts (!?) and somehow I got back home. I would soon return to Dalbo, in the green van, but that is a story for next week.

Ah, the adventures of young manhood, how I miss them. Cigars had the same effect on me.