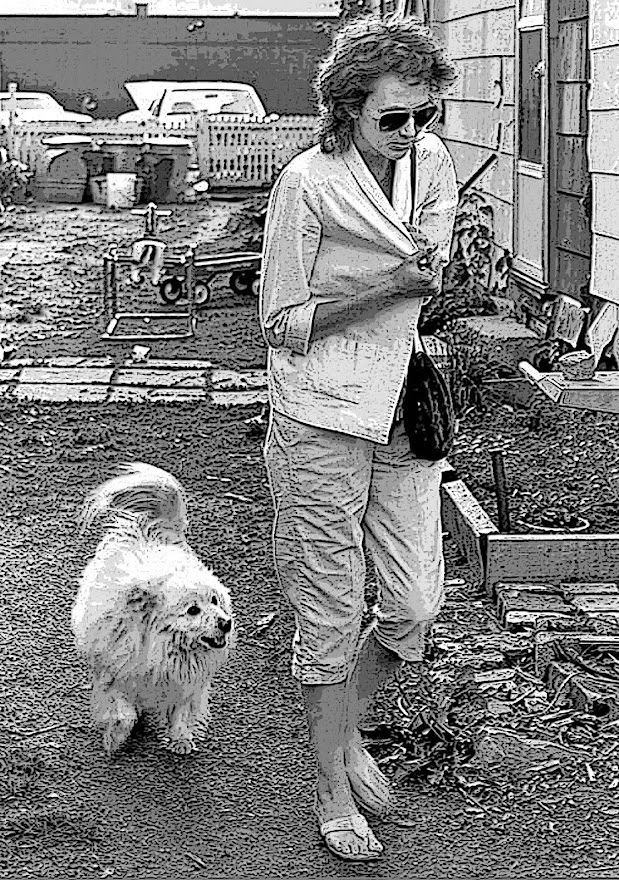 In my bohemian days I lived with a dog named Terry. He came with the house.

Terry had the run of the yard; he was an excellent watch dog. Terry liked to dig and made sure that the landscaping was always more of the dirt type and less of the grass type. He was not what a dog trainer would describe as “well-disciplined.”

Joan lived upstairs. Joan liked elegant and clean clothes. Whenever Joan would come home from work, Terry would make a bee-line for her nicely pressed linen trousers. Life was always interesting with those two around.

Terry, in his old age, did finally become unmanageable and we had him put down when we left the inner-city for the small-town life.

Joan left a few years later, also for a small town. Our house was bought by the city, torn down and sold to a transit company to make room for a bus garage.

This picture is all that remains of that quirky confluence of the space-time continuum.