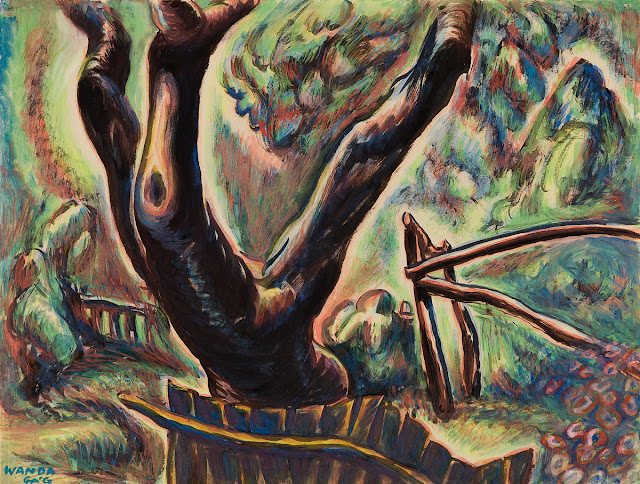 While primarily known for her children’s books and lithographs, Wanda also experimented with painting and watercolors. These two gouaches were recently sold at auction and while the prices were a little above my art budget, they were very tempting. Actually, the buyers premium by itself was beyond my budget. These were from the late 1920s, when she was living in “Tumble Timbers”, a rural farm house in New Jersey. 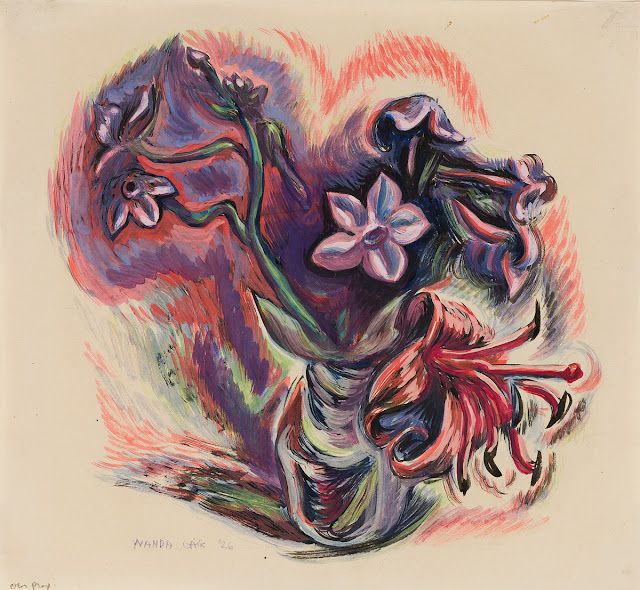 The pair sold for twice the expected estimate!

After I wrote this post I received word from FITK reader “Bosco” that he had recently obtained an original Gág oil painting in an estate sale in Minneapolis: 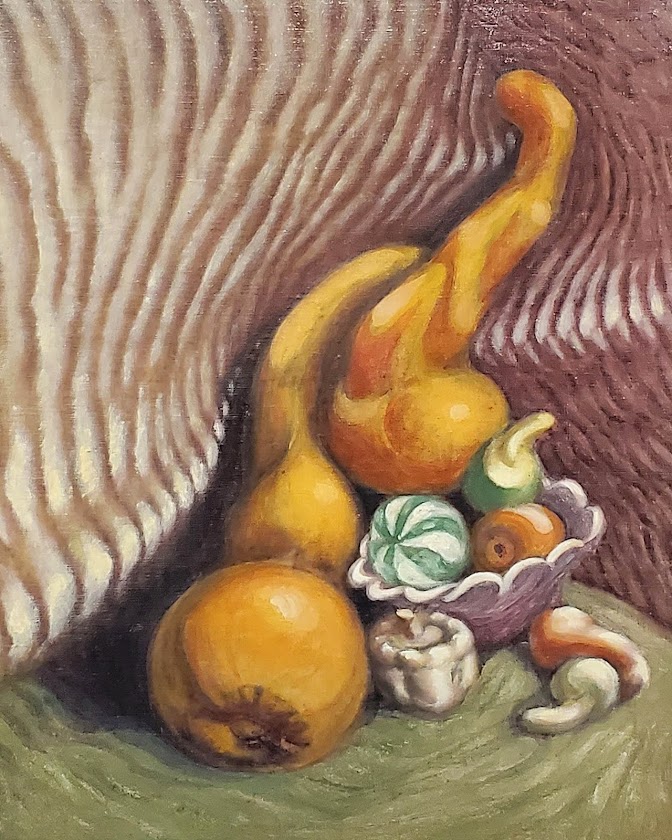 I had seen it before: 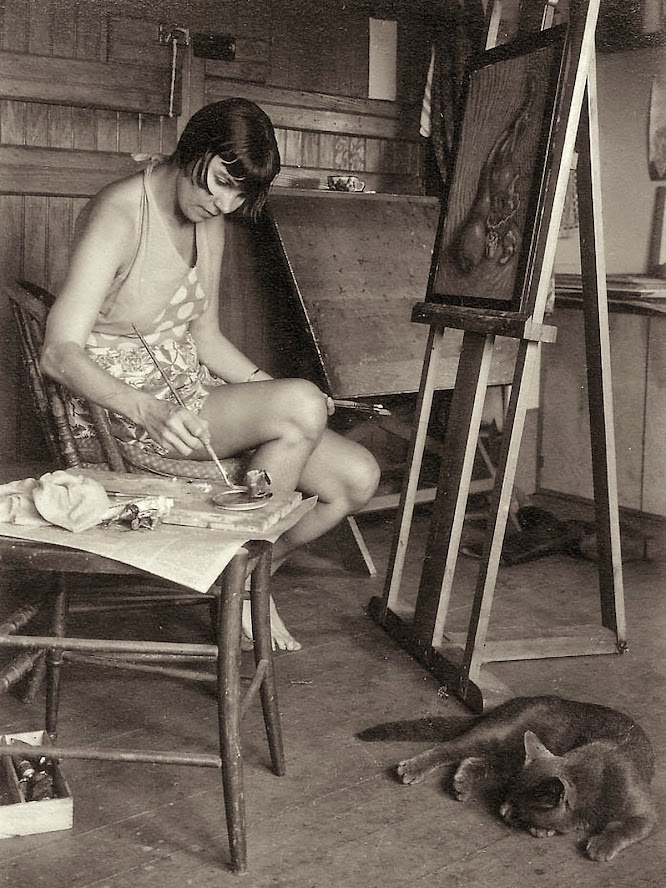