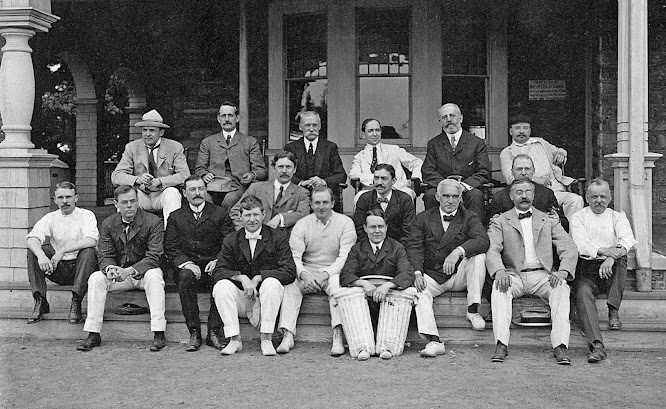 Purging the old archives—deciding what to keep or what to throw—is a never-ending struggle.

It won’t be a struggle when I’m gone, a dumpster will do the selecting for me.

That said, there are occasional items that surface that have some inherent aesthetic qualities that others might find interesting. This photo of an English cricket club, probably taken in the 1920s, is one such item. Perhaps a memento of a successful match (although it doesn’t appear that any of the members had been recently exerting themselves and most were spectators) or, maybe, it was just an excuse for this fraternal organization to establish a facade of solidarity. Here’s one last look at these men before they fade into oblivion.