The Biggest in the World 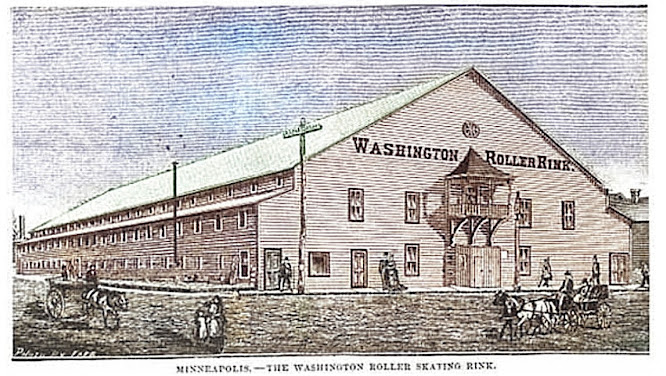 Roller rink, that is.

The Washington Roller Rink, in existence from 1885 until 1920 on the corner of 10th and Washington North in Minneapolis, was a behemoth that could hold thousands and was once billed as “The biggest roller rink in the world.” At 65,296 sq. ft. of rink area and taking up the full length of a city block (right star on 1885 plat map below), it was located a few blocks away from where, fifty years later, I would live (left star on map below).

I had wondered how it could have survived so long but, looking into it, recreation opportunities were limited then and roller skate mania was in its full flower. There were a lot of people who lived in the surrounding neighborhoods and there were also two street car lines that ran down Washington; any one in the city could easily get there. Roller rinks were also very popular with young women as a relatively safe and wholesome way to experience physical activity. Who knows how many budding romances germinated on its maple-planked surface?

That old neighborhood is gone and almost forgotten, and that roller rink has long been forgotten, even by the time I lived there. Now, it seems almost unbelievable that it had ever existed. 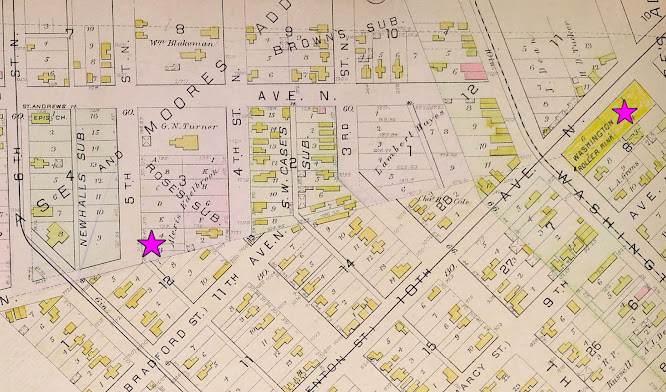