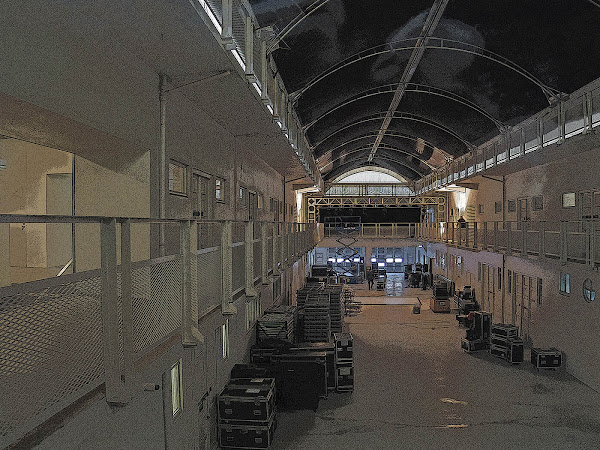 The calm before the storm.

This venue has been a mainstay of Iceland airwaves for years. The performance space is actually a courtyard of the old customs building and the roof is canvas, so you can sometimes hear the sound outside. Here’s a video of Baggalútur, a satirical musical comedy troupe, performing there in October 2006: