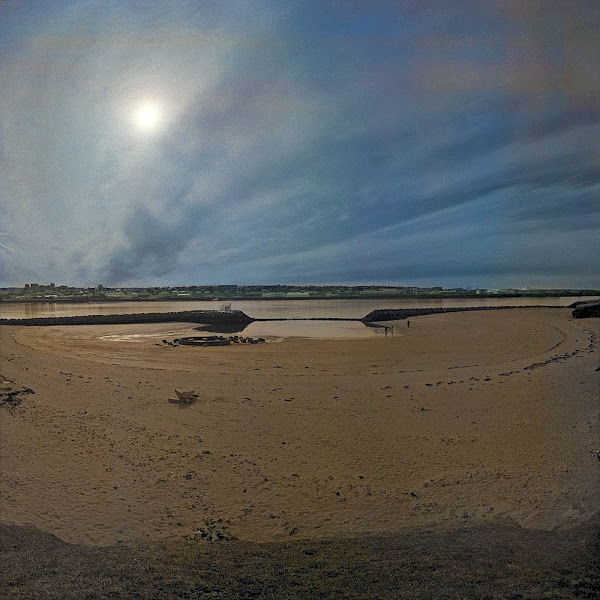 When did you leave America?

Restlessness comes with late middle age as the face in the mirror asks: “Is that all there is?”

A portal to Terra Incognito—Ultima Thule.

Three thousand miles to the End of the Earth.

The man waits in a coffee house for his connection.

And suddenly there she is, with sparkling eyes and a sparking wit.

“Been waiting long?” she asks.

The song of life, muted by the mundane, erupts in a symphony of expression.

After an hour (or was it only a second?), it is time to depart.

Back outside, the sun has broken through, spotlighting this odd couple,