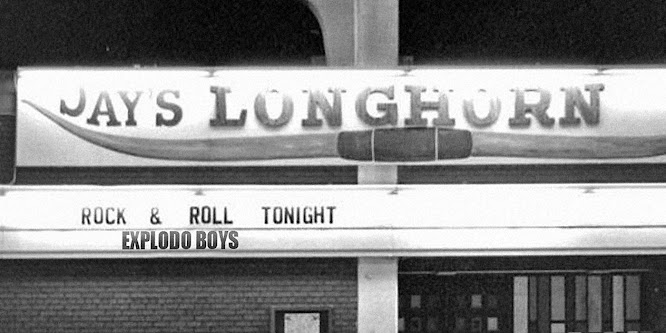 Jay's Longhorn Bar was one of the primary focal points of the Minneapolis Punk-Rock scene in the late 70s. It was a place where The Replacements and Husker Dü emerged as musical forces. How the band I was working with, The Explodo Boys, managed to land a gig there was always completely beyond my understanding. We were playing 60s style blue-eyed soul, with a little older rock, some New Orleans tunes and a few jazzy instrumentals thrown in. Nevertheless, we had a mid-week gig, starting on a Wednesday.

It was also the only place we ever got heckled.

The bouncer, a black man named Jerome, dug us however. One of our more ambitious numbers was a James Brown medley: three of the Godfather of Soul's best dance tunes, ending with Papa's Got a Brand New Bag. We had a singer who did it justice. Jerome asked him if he would play it again Thursday as he had some friends whom he thought would like to hear it.

The next night, at the start of the third set, I sensed a group of people standing right behind my position at the sound board. Jerome’s friends were there. I was about to turn around and say hello when the band started with the JB tunes. Our singer was beside himself that night, the band never sounded better. We didn’t get heckled. After the song was over Jerome’s friends left.

Later on, we found out they were from bands called Flyte Tyme and Grand Central, two black groups that were later to merge into one called The Time. There was a shorter, younger guy there as well. The next time I saw them was at the movies. The film was Purple Rain.

The Explodo Boys lasted another year, fizzling out due to the usual reasons. We managed to win The Minnesota Music Awards “Critics Choice” as the best band of 1979; the week after we broke up! Jerome Benton’s friends- Terry Lewis, Jimmy Jam, Morris Day, Jesse Johnson and others put out gold and platinum records, Lewis and Jimmy Jam would go on to produce platinum records for Janet Jackson and many others. The next year Prince debuted, and he won most of the Minnesota music awards for several years after that.


The history of the Minnesota music scene was divided here:

I was there that night. I was the guitarist / singer of Bo & The Allwoods and also did sound for Shangoya and had a radio show called All Day Soup on KFAI. I recorded you guys on another gig once and played it on the air.

I STILL miss the Explodo Boys!