... yet another Valentine's Day destination...

The Black Forest Inn in South Minneapolis is a pleasant bistro serving up German Fare. Since my paternal ancestry is mostly Deutsch, I should feel right at home here, and I do. The food is somewhat bland but comfortable: Spaetzle, Sauerbrauten, Sauerkraut, potatoes, pork and sausage of various types. The beer selection is very good, worth the trip if you like traditional German brews (yes, you can get a flight.) 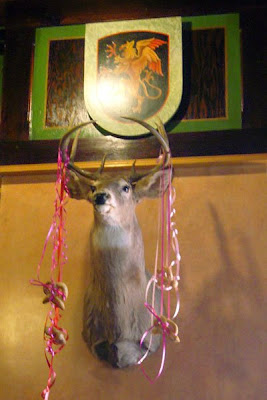 The decor is faux Bavarian hunting lodge; thankfully it hasn't changed one bit in nearly 50 years. More comfort. A few pretzel-trimmed streamers were the extent of the holiday decorations. The room's lack of pretense and bombast was yet another source of comfort. In our brief (8 week) courtship, the Weaver and I once came to this place, sat in the same corner, and enjoyed the same ambiance- nearly 33 years ago- the memory of which furnished another source of comfort. Restaurants, Minneapolis restaurants in particular, are prone to turnover, remodeling or re-invention every few years. It seems as if all I write about lately are things going out or already gone. Perhaps that why I like reading Halldór Laxness. He's not writing any thing new, and his old work has lasted. An escapist indulgence on my part? Perhaps.

Another form of escapism was this dessert: 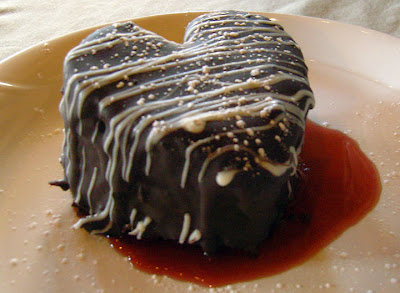 In 1970, the noted Photographer Richard Avedon held a retrospective at the nearby Minneapolis Institute of Arts. It was a big show, he spent many days putting it together; he became a regular at the Black Forest. In appreciation, he donated a large print depicting the Daughters of the American Revolution in full regalia to the Inn. It was covered in Plexiglas and situated opposite the bar. Several years later an irate patron shot the picture, twice, never giving a coherent explanation for this bizarre action. 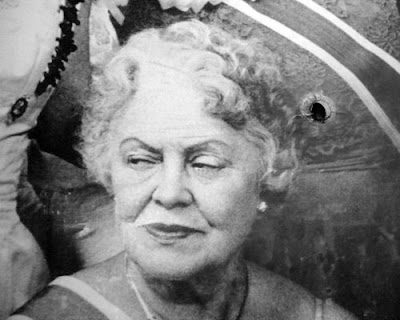 I would imagine German fare to be fairly ghastly...

Fairly unimaginative, I grew up on it.

That DAR lady looks pissed at nearly having been shot.
You old softie, you. Sounds like a delightful Valentine's Day.

It was very nice- low key and intimate.