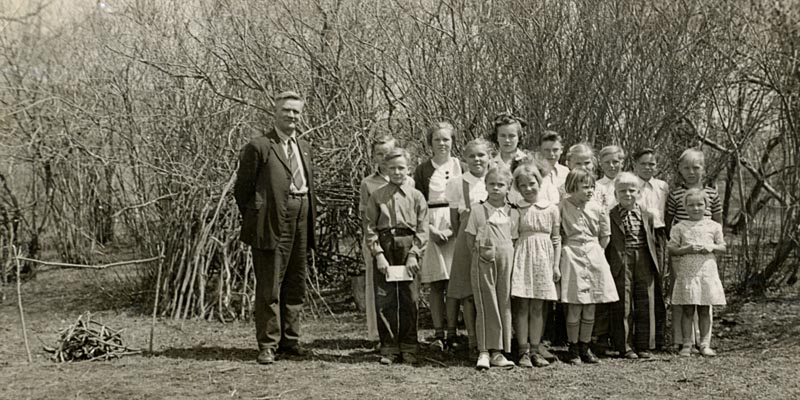 This ends our little trip into the archives of T.A. Haugen, photgrapher, preacher, teacher and a great-grandfather to my children. These are almost "forgotten" photographs- pictures of people and places which have lost any connection with the living. I've given them another life here, albeit somewhat ephemeral. Rest in peace Thomas, you haven't been forgotten yet. 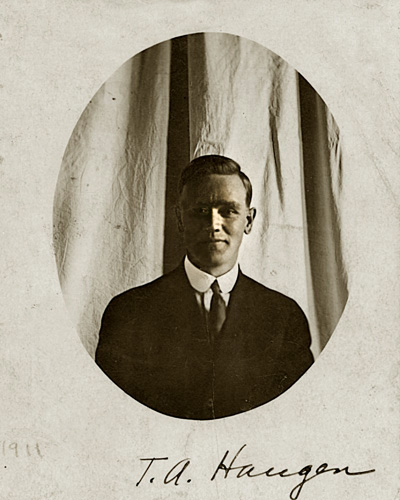 Baby You Can Drive My Car 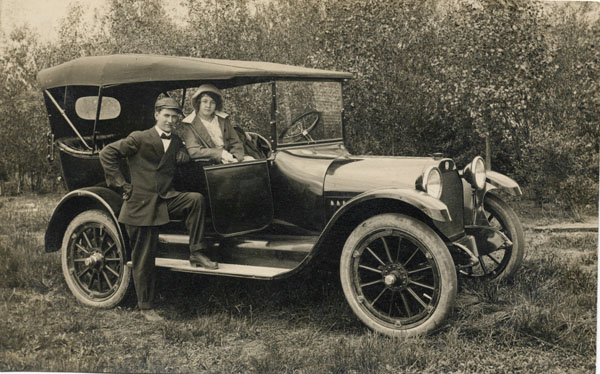 From the T.A. Haugen archives. 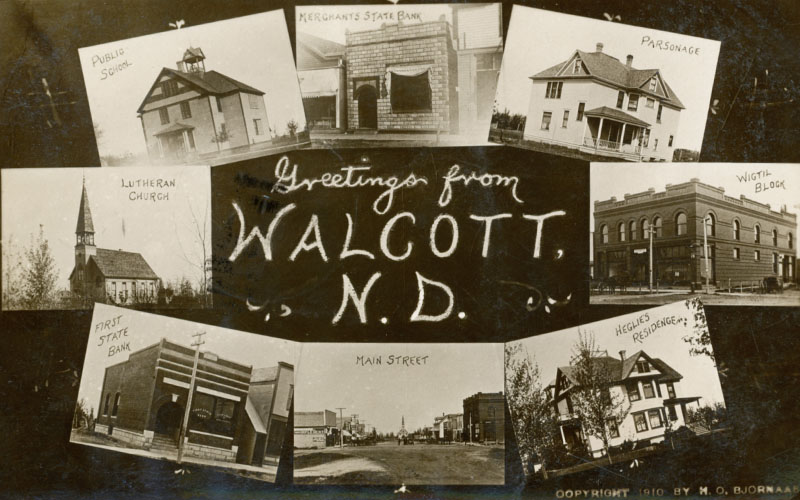 , in its glory days. Nowadays it is a commuter suburb of Fargo, one square mile and about 200 inhabitants.

From the T.A. Haugen archives.

"This is the place" inscribed on the back.

Double Exposure - Front and Back 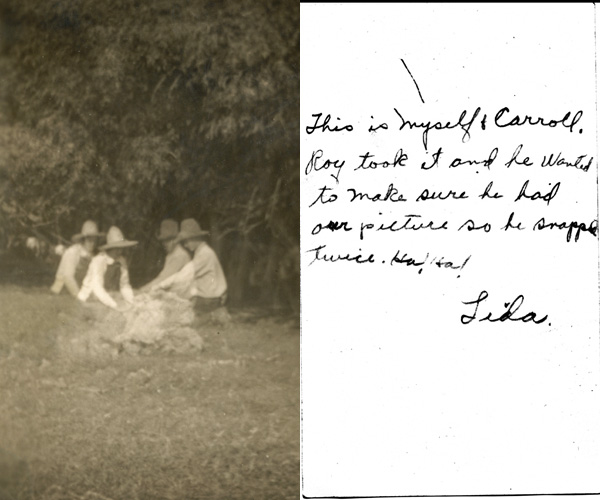 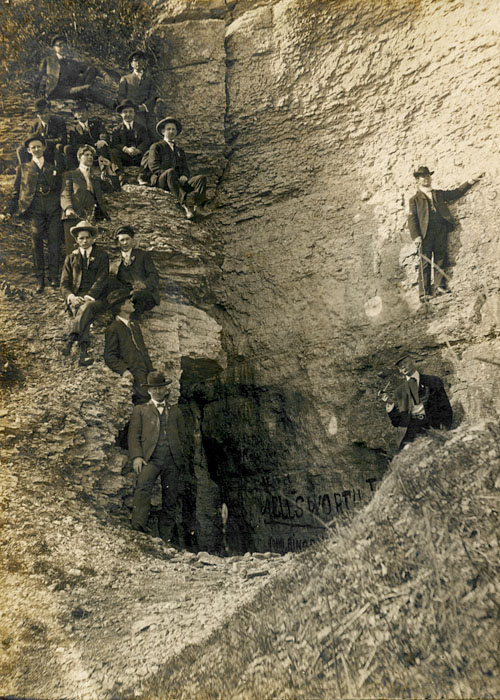 The gentlemen explore the bluff country.

Image from the T.A. Haugen archives.

Take Me To The River

The gentlemen pose in their Sunday best. Meanwhile, a few hundred miles away, the Chicago White Sox were beating the Cubs in the sixth and final game of the World Series.
Image from the T.A. Haugen archives.

Women in the woodpile. 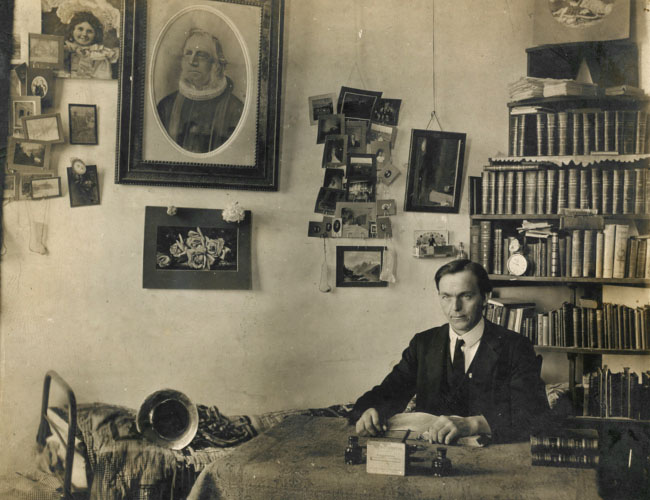 Another glimpse into the past from the T. A. Haugen archives. 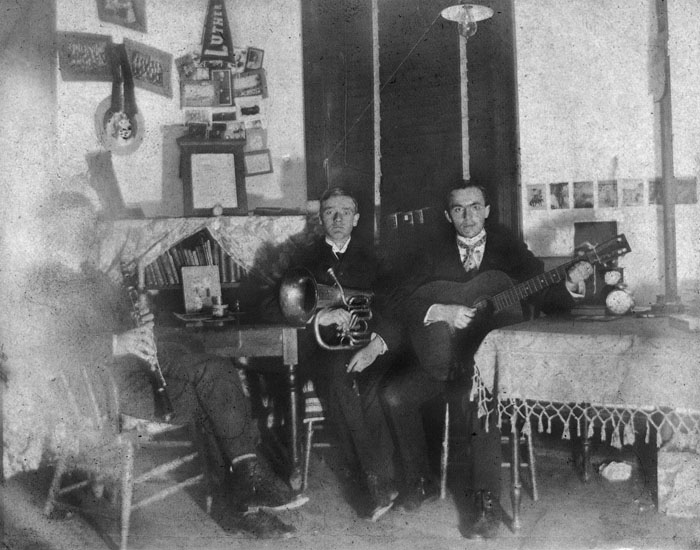 Theology takes a back seat to Jazzology: image from the T. A. Haugen archives.

The summer of '64 found me wasting my youth in a truly dreadful "Bible Camp" in Western Wisconsin. Lots of praying, Bible studies and lame craft classes. Bad food in the cafeteria and freezing water in the lake. No boats, canoes, trails or recreational facilities. After a couple of days of this, I would spend most of my free time reading on my bunk in the dormitory. At night, after the slept-like-a-log counselor started snoring, all sorts of hi-jinks would ensue, mostly involving "Harley"- a bleached blond "dude" who would torment the younger campers. Harley had a catch-phrase. This was a new concept to me- the idea that you need not communicate in language, all you had to say was your "word" and everyone would start laughing. In the case of Harley, the phrase was "eeeaahh", spoken in the fashion of a braying goat.

Being young and impressionable I soon picked up on this affection. When I tried it at home, my mother threw a justified fit and made certain that I never spoke in that fashion again. I had forgotten all about this until a few weeks ago, when I ran across the video of "The Fabulous Flippers", a show band from Lawrence Kansas who were the top draw in mid-western ballrooms for several years in the mid-sixties. Watch the video, it is truly amazing: 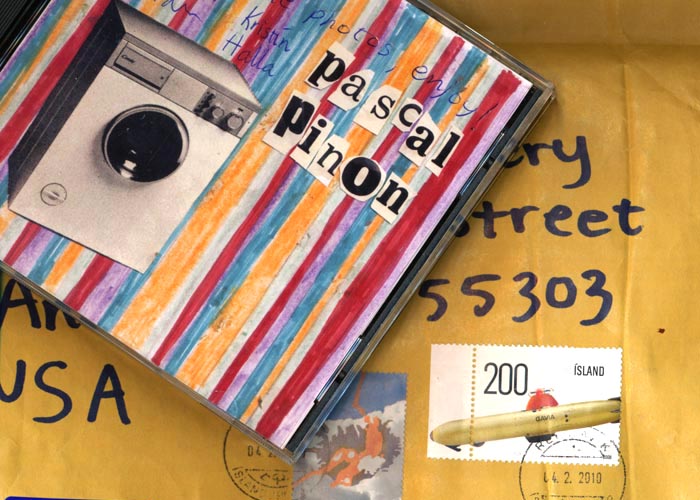 Received a package from Iceland today, in it was a CD (autographed!) from the Icelandic girl-group Pascal Pinon. It is an expanded version of their EP which I had purchased in Iceland last October. With songs in both English and Icelandic, this self-produced CD is an extremely personal and intimate musical experience. The English lyrics are clear and direct. The Icelandic lyrics are beyond me, but their emotional import is not. The music, while simple, does have variety in its arrangements- in the track "Sanður" there is even a very effective audio collage! Any question about where this music is coming from is effectively answered by the CD label art: 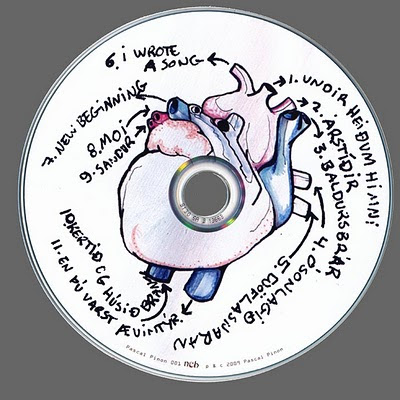 The words from the track "I Wrote A Song" perfectly capture some of the awkward feelings that come with growing up:

Although it would be nice to have a lyric sheet (even without translations), this is a wonderful CD, with an honesty that trumps any issues anyone might have with the production. I hope they are still performing when I make it back to Iceland again (in 2012, perhaps?)

You can hear some of their music on their MySpace site, or order a CD via email.

UPDATE: They've got an active blog now, chronicling the making of their second CD. 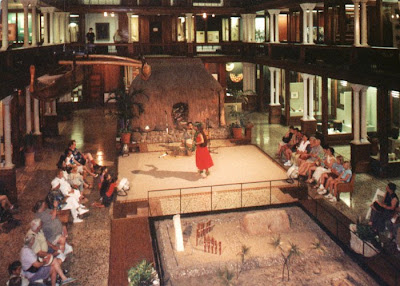 The Hawaiian experience had been good, so far. Sun and surf, vegetation and a vacation from the late winter blahs. Just being among the throng on Waikiki was stimulating; it was somehow different from other populous tourist attractions I had experienced. Could it have been caused by all those beautiful young people in swim wear walking to and from their hotel rooms to the beach?

But a touch of culture was in order so we made our way to the Bishop Museum, which housed an excellent collection of significant artifacts. Every few hours there was a stage show in the center court, with music and dancing. The dancing was fine, but came with a constant spiel from the the band's main percussionist's misogynistic put-downs and snide comments about life on the island. Not to debate the truth of what he said, but really, is that what I deserve for coming all this way (and spending all this money?) I had heard this type of patter before, on the shuttle bus coming into the city. It didn't put a damper on the trip, it just gave it a slightly sour after-taste.

Words you never want to hear. The small death that can keep on dying. When there are kids involved it's never good. Even when the break-up is reasonable, even if it is absolutely the best thing for everyone involved, there is still that fear that sneaks in to your consciousness- "What if it happened to us? What if a thoughtless word was misunderstood, and each attempt to correct the situation only made it worse, and then there was the break, the point of no return?"

Anyone who lived through that knows the feeling. Death-in-life, with no good options. Truly, Jesus may save your soul, but he doesn't deal in broken hearts. 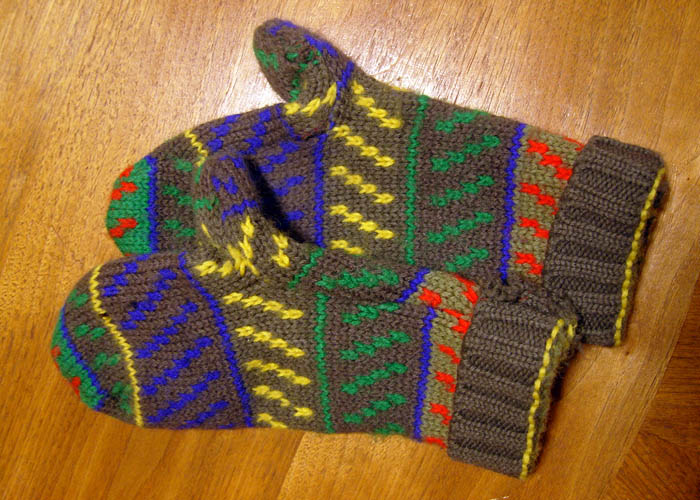 When the kids were little our neighborhood didn't have a lot of children. Still, they made friends wherever they could. Down at the end of the block were a couple of apartment buildings. There were kids living there from time to time, not a lot, and those that did move in usually moved out again in a few months.

One of those children, a boy of about 8, would come around from time to time. He was never cheerful, but otherwise seemed to be OK. As the days grew colder, he would be outside without proper clothing. A light jacket on freezing days, and never any mittens. We always had a big box of various gloves and mittens, some mismatched, but there always were an extra pair or two if one of the boys got their regular pair wet.

I brought out a pair of those mittens for the boy from the apartments one December day. The temperature was in the thirties and the wind was raw. I felt sorry for him, he looked really miserable. He wouldn't take them. I told him he could have them, then he grudgingly put them on.

Later, when he had gone home, I found the mittens lying neatly on the ledge next to sidewalk at the corner of our lot. He moved away soon after that.

How Did We Ever Survive? 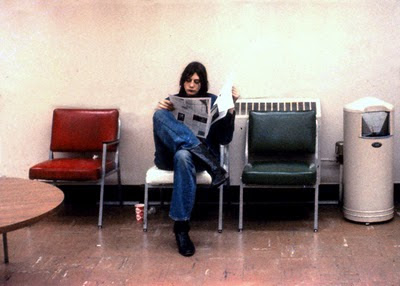 No iPod, no laptop. No Gameboy. No internet. No video games.

Nothing but a newspaper and a cup of Coca-cola. 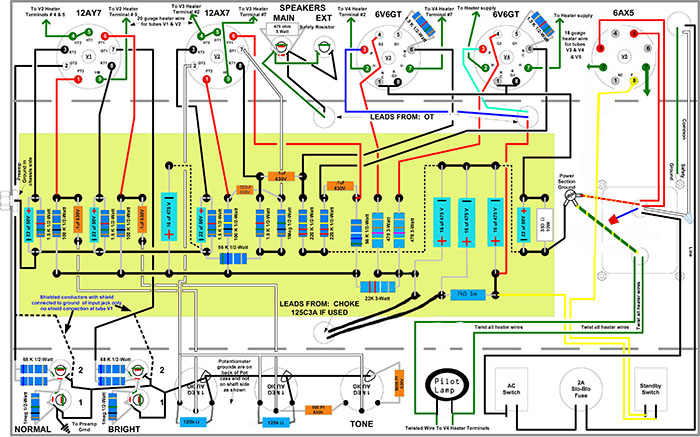 Indulging in my inner geek this week (and it worked the first time I turned it on!) 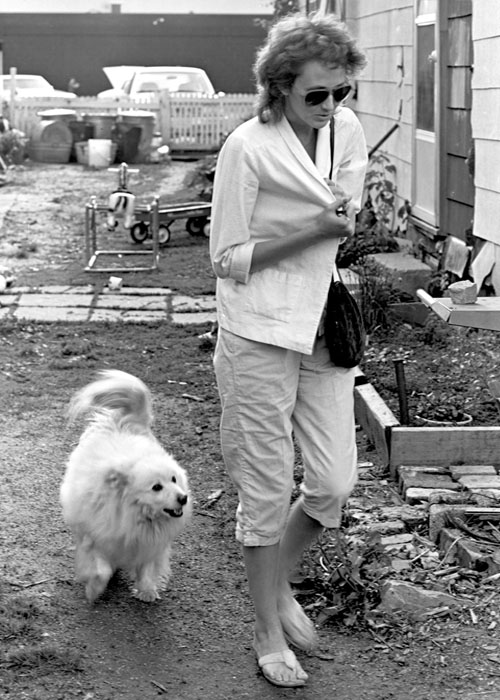 In my bohemian days, I lived with a dog named Terry. Terry had the run of the yard; he was an excellent watch dog. Terry liked to dig and made sure that the landscaping was always more of the dirt type and less of the grass type. He was not what a dog trainer would describe as "well-disciplined."

Joan lived upstairs. Joan liked elegant clean clothes. Whenever Joan would come home from work, Terry would make a bee-line for her nicely pressed linen trousers. Life was always interesting with those two around.

Terry, in his old age, did finally become unmanageable and we had him put down when we left the inner-city for the small-town life.

Joan left a few years later, also for a small town. Our house was bought by the city, torn down and sold to a transit company to make room for a bus garage.

This picture is all that remains of that quirky confluence of the space-time continuum. 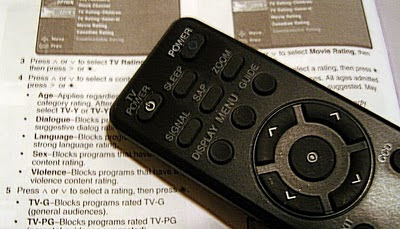 After losing a few channels, I remembered that the Sunday before the Superbowl is "Re-scan day" for those of us lesser mortals who have to scrape by on broadcast TV only. For 60 years broadcast television had the same channels, I've had to reprogram my converter three times in the last 2 years!

At any rate, I did the deed (although I still haven't deleted the bible channels) and went through all the stations to make sure I didn't miss any. The Grammys were on and I happened to tune in to catch the end of Beyoncé's bump 'n grind routine she did while surrounded by storm troopers! Okay, now I remember why I don't usually watch that show.

Not much else was on, so I checked out Alda's Iceland Weather Report blog. She had a couple of very interesting links to an Icelandic TV show with an interview (in English) with Max Keiser, an independent economic analyst and writer. Anyone interested in the world banking situation should take a look, you may not agree with everything Mr. Keiser says, but even if he isn't 100% correct, what remains will make you shudder.

You'll never see this on American TV, no matter how many times you "re-scan."