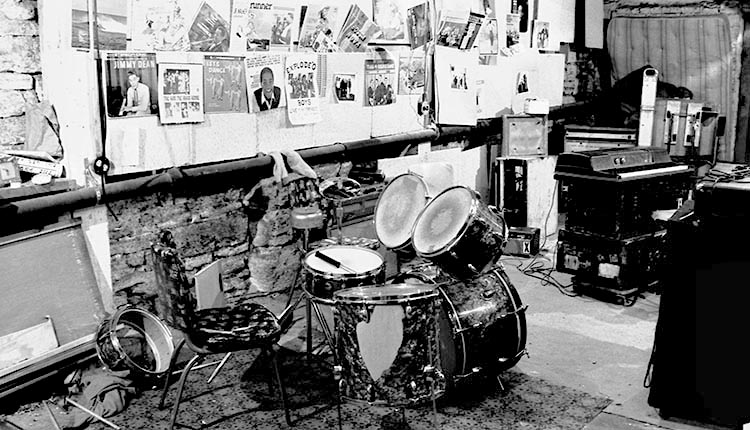 Minneapolis, 1979 This “listening room” was the rehearsal space for the band The Explodo Boys. We actually would diligently rehearse when we didn't have a gig. I would record the band and they would listen to the playback. Sometimes. The pictures didn't help. I wouldn't call it a "studio"; it was somewhat funky, especially in the summer when strange insects (a species of which I have never seen before or since) would appear and flit around, even being so bold as to land on the microphones while someone was singing. We called them ”choochie” bugs for the lack of a better term, and there was even a song titled Dance of the Choochies which the band wrote in their honor.

I love "The Listening Room" that my favorite (and also my only) son-in-law began. It has been going for over a year now, and has introduced me and many other Richmonders to lots of wonderful new music. Performers invariably comment on how different an experience it is to play for an audience that is ... perfectly silent! With a new venue for The Listening Room starting this month--one that includes alcohol--it will be interesting to see if this changes. I don't think it will. There is something so intimate and so fulfilling about really listening to music, with all of your attention, isn't there.

The idea of listening intently (and quietly) to music was a given when I was young- perhaps because music was a special occasion then. It seemed to degenerate in the seventies, at least with popular forms. The Explodo Boys were actually good enough to receive the 'quiet treatment' once in a while. I might just have to make the trek to Richmond!