This is chapter 2 of Window Weather, a serial fiction novel on FITK 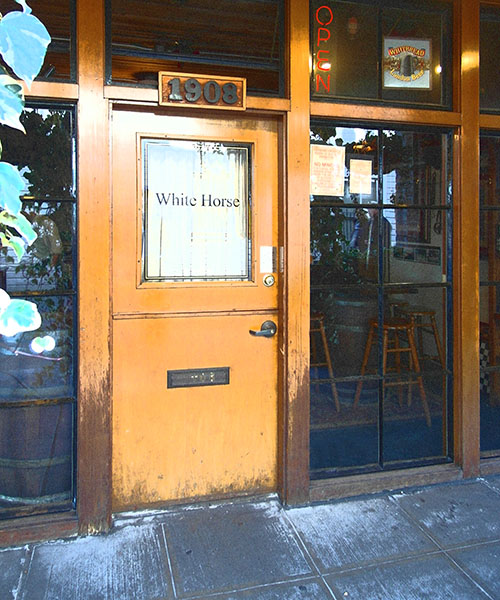 The pub was situated in an alley a block away from Seattle’s Pike Place Market. It was an unusual place for a job interview. Not really private, but busy enough that any serious conversation would be lost in the ambiance.

“Alright, Mr. Carroll, let’s get down to business. What makes you think ADR would be interested in you? We aren’t the usual background check firm. And, to be frank, we don’t get many applicants with your history—not that it would preclude you from the position.”

Mrs. Robinson, the woman who was interviewing Sean, possessed a faint but definite air of smugness. He knew quite a bit about her—her identity was hidden from the usual internet scrutiny—but one piece of data which hadn’t been scrubbed was her meteoric history in role-playing games. Was it a matter of pride? If so, it possibly was the only weakness she had.  It didn’t take too long to get her story once he had cracked her avatar: starting small when only a teen, she quickly made a small fortune in on-line gaming, then she developed a lucrative algorithm which turned game points into cash, getting out just before the Russians who had cloned the system could catch up to her.  She was a legend in RPG circles, even more so now that she had ‘vanished.’ The money she had made then started her current business, Applied Diffusion Research. On the surface, it was a ‘background check’ service—and it did do the routine stuff—but it wasn’t beneath supplying (or removing) information for blackmailers, divorce lawyers, and other grifters. Sean had run across her work previously but had kept the information secret. He knew that she was smart.

“I am the person you want to be on your side, believe me, Alleystar.”

The mention of her online alias erased her tight smile for a millisecond. A vein on her forehead started pulsing. It was nothing most people would notice, but something a card shark would term ‘a tell.’ Sean knew then that he had the job, everything else was a formality.

“I see,” said the woman, “What is it you really want?” Mrs. Robinson said coolly. Sean noticed that the vein kept throbbing.

“When I got the recommendation from your last employer, I gave you an interview as a courtesy to an old friend. May I assume that you know what our business really entails?”

“Yes. I know that you work for both sides, making sure that names stay out of the paper and off the internet. And keeping the cash flow invisible, all for a percentage.”

“I’ll ask you again, what is it that you really want in this position?”

“I want to disappear.”


It was a Sunday morning, a couple of months later. The view of the rock garden from Sean and Molly’s ground level apartment window was elegant, albeit severe.

“It’s a data job, that’s all, herding files in the great Northwest.”

They had been literally living under Molly’s mother for three months. Their basement apartment was alright—it was quiet and private, if uninspired. Molly had returned to work in an HR department at a large insurance outfit. It was a branch of the same company where she had been working when Sean had met her in Chicago.

“What kind of data—like financials, or background checks, or social networking?” asked Molly.

Sean never talked about his work. It was a no-win situation. In this kind of work if you were ever found out you were finished.

“Yes to everything you said. It’s all private. Boring, really.”

That was a lie. Sean was a developer. He would be assigned a target, usually a person, but sometimes a business or organization. His job was to build a workable case against the target to the point where a larger team of ‘information specialists’ could fill in the gaps and bring it to fruition. Sean found that start of a case was a bit dull but when he got a strong lead on his target things developed in a hurry. The situation could become extremely intense. When he had enough information to bring things to a head, he would present the findings to the client. They weren’t always happy, but they were usually satisfied. And they always paid.

“No,” another lie, “I’m just someone who checks data for consistency and validity.”

Not exactly a lie, but not the whole truth either.

“Hmph. I’ll have to take your word for it. Let’s go over to The Grateful Bread and get some breakfast,” said Molly, “And could you shave, so you won’t look like a private eye?”

“Yes. I’ll even shave, so I won’t look so mysteriously attractive.”

“Don’t check on me, OK? I mean my past life wasn’t that outrageous, but I can’t be completely naked—draw the line at my skin and leave my skeleton in peace.”