This is chapter 15 of Window Weather, a serial fiction novel on FITK 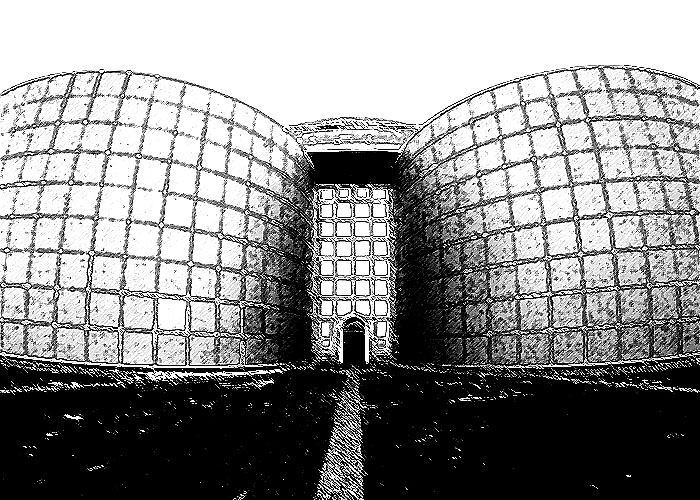 Sean showered, dressed and left the pool. There was still some time before he was to meet Billy, so he returned to the apartment and checked his email. Nothing from Molly. Sean didn’t know if that was a good or bad thing. Mrs. Robinson was still concerned about the Russians. If Billy was involved with them, he had evidently covered his ass well—covering his ass was Billy’s real major in college—the crew at ADR couldn’t find any links connecting him with foreign agents.  Sean emailed Mrs. R. back, telling her of his plan to meet Billy that afternoon. Her reply was immediate. She had just learned that the Senator’s people needed Billy back ASAP, preferably delivered to the United States Embassy in enough time to return to the States for a family photo-op the following Sunday. Sean wrote that he’d do what he could, but that he thought that Billy was dead-set against the idea.

Around 4 p.m. Sean headed out to Perlan, the big spaceship-like structure that the taxi driver had pointed out the night before. Sean was feeling energized from his afternoon at the pool and was looking forward to the short hike to the complex. After his reception at the nightclub the night before, Sean thought it wise to alter his appearance at least a little; a pair of half-tinted driving glasses and a dorky cap that he picked up on the way (in the Salvation Army store near his apartment) was hardly a disguise but Sean hoped it would be enough to keep him from attracting any more unwanted attention. His route skirted the town center, going around the south end of the big pond and then along a highway. The wind had died down a bit and the sun would occasionally appear between the clouds. The air was cool and fresh, the city had the appearance of a picture postcard. As he climbed the long path to the summit, he could see that there were many vehicles on the road leading up to it. Numerous children were getting off a bus and were being herded into a queue. They walked into the building in pairs, holding hands.

The inside of Perlan was spectacular; the space between the tanks rising several stories above the atrium. A tiered stage had been set up and the children were filling the risers—evidently Sean was in for a show. Video lights made the already brilliant scene even more dazzling.  A trio of television cameras was taking it all in. Sean retreated to a corner behind the tech crew’s station (where he wouldn’t be caught on camera) as he looked at the crowd for Billy. The place was filled with people of all ages: mothers, fathers, toddlers, numerous grandparents of course,  even some teenagers. Sean didn’t see Billy in the throng. When the children were all assembled, the MC began to introduce the program. Sean couldn’t understand a word; it was all in Icelandic. The choir director set the pitch and then nodded to the pianist. The children began to sing.

And it was glorious. The children sang singing folk songs and hymns that were unfamiliar to Sean. The haunting harmonies of the songs seemed, to Sean, to be quite melancholy. The children’s clear, high voices were multiplied by echoes from the curved tanks. The whole effect became ethereal, almost seraphic. Sean stopped thinking about Billy and allowed himself to become lost in the music. He hadn’t felt this kind of joy for a long, long time.

Suddenly, he became aware of someone standing behind him. He sensed that it was Billy, even before he heard him whisper:

“I wanted you to see this.”

Billy put his finger to his lips in a shushing motion, then pointed to the stage. One of the younger girls, with straight blond hair, wearing a Lopapeysa above a short pleated skirt worn over matching tights, had stepped forward from the group and began to sing as the choir wordlessly crooned behind her. The crowd became still, and as she continued to sing, even the littlest children in the audience stopped fidgeting. The choir then joined in again behind the little soloist as the piece reached its crescendo. The director’s gestures became more animated and, after raising her arms to their maximum height, she lowered them, palms down. The little girl sang alone. She finished with a repeated refrain that brought tears to Sean’s eyes. After a moment of silence, the crowd erupted in wild applause.

Sean looked back at Billy.

Billy motioned toward the rear exit, from where he had evidently come in unseen. When they were outside, Billy headed Sean down the back side of the hill, toward the city airport. The path snaked through an area that had the appearance of a lunar landscape.

“Sorry to give you the runaround, but your barging in here without knowing what’s going on could have had disastrous consequences—for the both of us,” said Billy, “You really don’t have a clue as to what you’re doing, do you?”