This is chapter 23 of Window Weather, a serial fiction novel on FITK 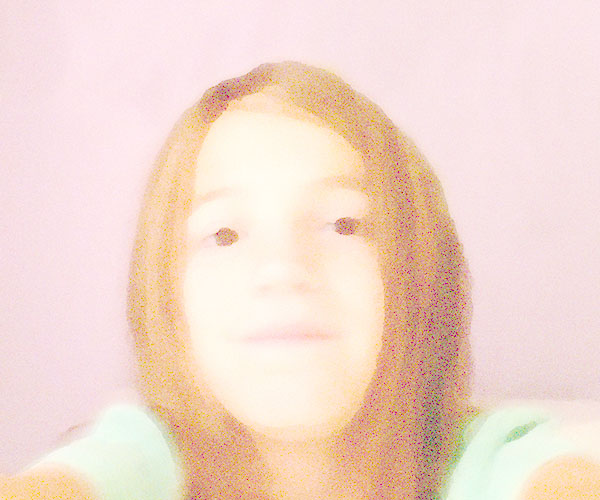 ... walking with mother, walking to the store in the neighborhood center—the store that sold women’s clothes on consignment... I was only four or five and mother complimented me on being a ‘good walker’... it was six blocks but I wasn’t tired... the morning sun made everything look more alive... its warmth enveloped me, like a caress from mother... we went into a store run by a strange little man and his wife... “here’s a hot number,” he said, holding up a brassiere,  I wondered what that meant... “ding, ding...” there must have been a door bell in the back of the store for deliveries... mother smiled at me, I was glad when she was happy,  the world would became a beautiful place, a place where bad memories where forgotten.... “ding ding...” it was the first day of school, the school smelled of floor wax and there were other children there but I wasn’t afraid because the big kids went in a different door... I had a pencil box with my name on it...  I was suddenly looking at a picture of myself entering school on that first day...  “ding ding...” I was late to class, the bell was ringing then I sat down across from Julie and when looked into her deep brown eyes I fell in love...  “ding ding...”

The cell phone Sean had been given at the embassy was ringing in his jacket pocket. Groggily, he pressed the talk button and heard Sally’s voice.

“Sorry to wake you, but we’ve got your flight ready. You need to be at the airport by two o’clock. What did you find of Billy’s?”  Sean looked at the phone. 8 AM.  He’d been asleep for twenty hours. His bladder confirmed it.

“Hand on a minute there, Sally, let me get myself together,” said Sean, putting the phone down. An empty jug was on the floor near the makeshift bed. Two minutes later, he picked up the phone again.

“I found his computer but can’t use it, all his stuff is behind passwords. They shouldn’t be too hard to crack. I’ve got his phone too, you’ll want to look at that. Did you recover my computer from the police?”

“No, the Reykjavík police is holding everything from the accident,” said Sally,  “We can’t press them on it,  I think it will be sent back to Seattle with the body after the autopsy. Someone will have to ID the body in Seattle before they release any of it.”

“Your employer. She’s being notified. We’ll have her get in touch with your girlfriend as well.  I think Ms. Berenson will do whatever we tell her to,” she said. Today Sally was all business and no charm. Her bruskness  made Sean feel a bit ill. “There wasn’t anything compromising on your laptop, was there, Sean?” she continued.

“No, just some text files. All the real data is in Seattle and there’s a multi-level dynamic password system in place. I’m the only person outside of ADR who could use the operating system on that computer. If I did try to access it now, they would know I wasn’t dead.”

“You didn’t find any of Billy’s papers or ID?”

“Nothing. All he had here was a phone and computer and some clothes. There must be another place where kept his important stuff. I know for a fact that he had an ATM card, and he must have had some other ID,” Sean didn’t mention the sock stuffed with cash.

“It may have something to do with the Russians; they like to hold some form of ‘security’ from their contacts. Once you’re on the plane back to D.C. none of this will matter. Don’t come to the embassy, there have already been reporters snooping around, asking about the accident. We don’t want any information about the Senator’s son, no matter how tenuous, to hit the media. Flight 645 leaves at 16:50. You can get cleaned up at the pool. Get something to eat and a Flybus ticket, do have enough money for all that?”

“Yes, I still have most of what you gave me yesterday,” said Sean,  “I’ve only bought coffee since then.” He wasn’t going to tell Sally about the card he mailed, or Þora either.

“Once you get to the airport we’ll take care of the rest.  Just remember, you are still Billy,” said Sally, “By the way, how did you make out with that woman?”

“A friend of Billy’s. She was charming. I don’t think that she suspects anything.” Sean realized that they had been under surveillance, in the diner at least.

“I hope, for both of your sakes, that you didn’t do anything dumb.”

Sean wondered if he had.