This is chapter 30 of Window Weather, a serial fiction novel on FITK 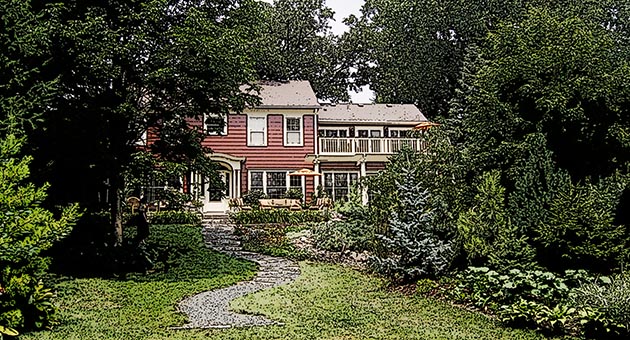 “Do you have any idea the ruckus that your little charade has created? The media is having an orgasm.” The FBI agent coolly appraised Sean, looking for some sign of weakness.

“Honestly, I have been held incommunicado in the hospital for over a week. I have no ideas about anything anymore.” Sean didn’t know what the agents were looking for. He thought he’d let them do as much of the talking as possible, “Can you fill me in?”

“Well, it started with the Seattle medical examiner. He figured out, via dental records, that the body that was supposed to be yours was actually William Clarkson’s. Someone had tipped him off, and the cover-up quickly unraveled after that.”

“Any leads on who knifed me? Was that a part of the cover up as well?”

“We’re working on that. Nothing I can talk about yet,” said the agent, “There has been a new development, however, one which will completely overshadow your case.” The agent opened his briefcase and pulled out a photograph.  “Do you recognize this man?” The picture was of the man Sean had met on the bus into Reykjavík. It was of Professor Shallbetter, the swimming pool philosopher.

“I met him in Iceland. He said he was a professor, he seemed to be a bit of an ‘odd duck’,” Sean said, thoroughly mystified by this revelation, “Please, tell me more.”

“It seems that you weren’t the only person interested in the young Mr. Clarkson. The man is not a professor, his name is Harold Shallbetter, he is an ex-CIA agent who resigned under pressure a few years ago. He has been something of a whistle-blower since then, small stuff—nothing you would have heard of. Nothing until yesterday, that is. He released, via a network of internet and media outlets, a collection of documents about Senator Clarkson which he claimed to have received from William on the day before the accident.”

“Where do I fit in with all this?” Sean didn’t have to act dumb. He was clueless.

“We don’t know. Perhaps you could tell us.”

“I don’t think I can—not that I won’t, but it’s just that, I’m… I’m out of my depth here. I’d like to get my life back again. Do you have the things Billy took from me? Or are they in Seattle?”

“They will be dealt with in due time. I’m afraid you will have to remain in protective custody for a while longer, but in nicer surroundings than this.”

“How much longer?” said Sean.

“It‘s hard to say, a couple of weeks, maybe a month. We’ve already been contacted by the House Judiciary committee, they want you to be available for hearings.”

“Will I have any rights?”

“Welcome back to the real world, Mr. Carroll. We want you on our side. The doctor said you can travel tomorrow. You will find that the safe house in Maryland will be more to your liking, Sean. You’ll have some rights, you will be able to use a phone and the internet. You just won’t be able to leave. It’s for your own safety. You’ll be needing these clothes after all.”

After they left, Sean looked at Billy’s clothes—dead man’s clothes. Like going to a classy thrift store. Sean didn’t feel like he was all the way back to being himself but it was nice to be called by his own name again.

“Not the best situation,” he thought, “But it will have to do.”

The next day he was transported to the safe house—a stately mansion that was situated in a wooded area just outside of D.C.

I'm writing this because there are some things I just couldn't say during our Skype yesterday. I know it has been hard for you these last few weeks, I can't imagine anyone else putting up with all that nonsense and displaying the equanimity which you have displayed  throughout your ordeal. But as I tried to come to grips with you being away I can't shake the feeling that whatever it was we had together, before this all happened, has died. I realize that you are required to stay in the D.C. Area until the congressional hearings. I hope that you will be able to resume a 'normal' life, whatever that means. But not with me. I can't go on living like this. I'm just not strong enough. I'm also on thin ice at work and still paranoid about the FBI even though you told me they won't bother me anymore. I just don't want to be any part of your world anymore. I don't want to keep denying myself the opportunities of meeting new people and being able to engage in social activities. I miss going out with friends and being able to talk freely when I'm with them.  Yesterday you said 'I can't talk about that' at least 10 times. I won't live that way anymore.

It may have been the way Skype distorts the way things look and sound, but I think you're not the same person, Sean. The Sean I knew died in Iceland.

Let me know where I should send your things.

Molly hit 'send'. As the page refreshed, a new message appeared in her inbox. She opened it and read:

Good news! They've let me out, I don't know exactly why, but my lawyer says some of the W.T.O. cases were overturned due to entrapment—which is what I'd been saying all along. I know your life has changed in the past few years, but if you want to meet up again, under any conditions, I'll be in town Friday. You can reach me at Joey's. He still has the same number. Or email me. I'd love to see you. I really appreciate the way you always wrote, thanks for not giving up on me. It kept me going.

I will always love you,

Next Chapter: Questions and Answers