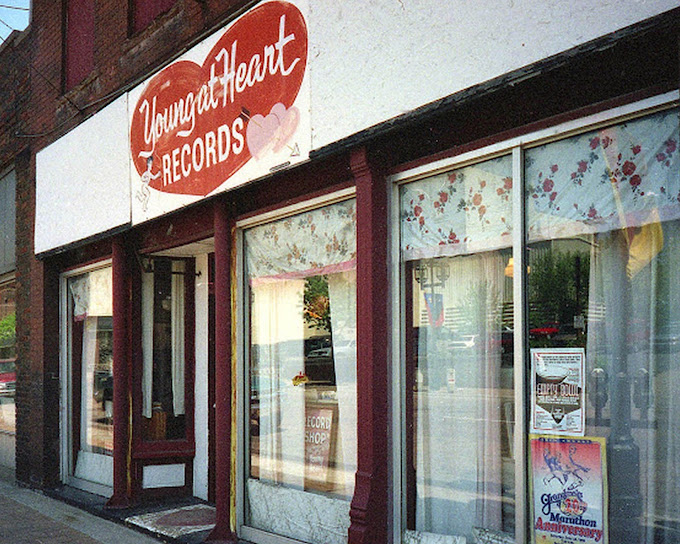 One of the things I used to look forward to whenever I went through Duluth was a stop at Young at Heart Records, established in 1959. Richard Wozniak, the proprietor, was in his sixties when I first discovered the store (while touring with The Explodo Boys) and he kept the shop open until he was well into his eighties.  All the musicians who had gigs in the Duluth area knew of the store. It was a little shy of the newest releases but was a treasure trove of older country, 40-80s pop, soundtracks, spoken word and other arcana. Richard was a friendly man, especially if he could connect with your interests. Averse to vulgarity, he wouldn’t stock off-color records. I heard a story about a collector who would only be in town on a Sunday; when he called Richard and explained that he’d only be in town for the day Richard said he wouldn’t open “on the sabbath”, although he did relent when the collector guaranteed to purchase $500 worth of stock. 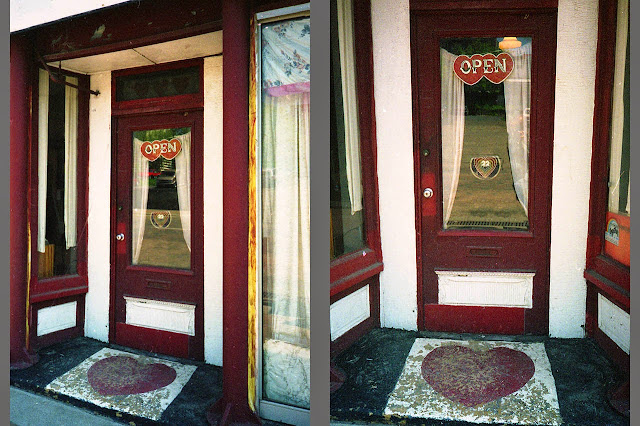 The heart on the threshold was only the beginning of his hand-made heart-themed decorations: lots of recycled doilies, valentines and magazine and promotional materials pasted on boxes and pink walls: 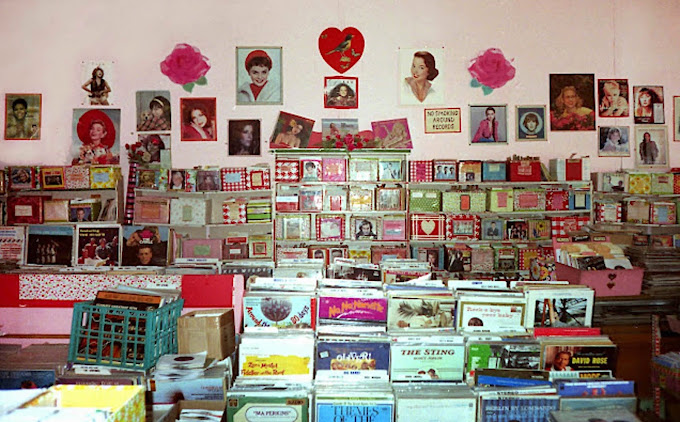 Many of his handmade display bins ended up in the Minnesota History Museum.