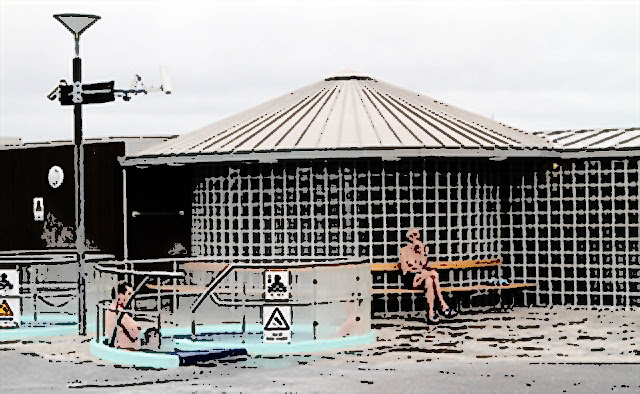 While visiting Vesturbæjarlaug (on my recent visit to Reykjavík), I stumbled onto a topic of which I was hitherto unaware. There were three of us in the hotpot, a couple and me, and we had been discussing courtship, parenting, and marriage. I mentioned that when I was young there would always be one or two girls each year who would ‘disappear’ from high school; pregnant and sent to a home for unwed mothers. The woman said it would never happen in Iceland, but then she amended her statement, describing how girls who ‘fraternized’ with occupation soldiers during and right after World War II would be sent away. The conversation drifted to other subjects, and then the couple left. I had known that the military occupation of Iceland (which didn't end until 2006) was a touchy subject for many Icelanders, but I wasn't fully aware of this aspect of the situation.

UPDATE: More on The Situation Girls.

FURTHER UPDATE: Treatment of the “situation” in Icelandic literature.

In The Seagull's Laughter, which occurs around 1950, there are references to that situation. The lead character had run off with an American serviceman before the story begins.