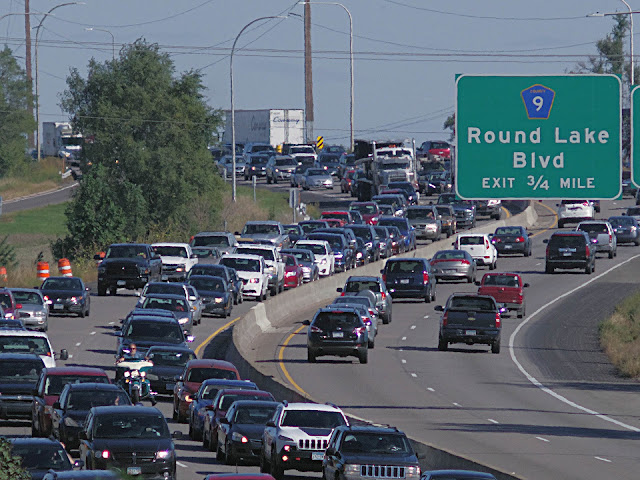 Summers are too nice in Minnesota to spend much time traveling around the country. Now that Autumn has officially begun, the urge to migrate affects more than the birds. We'll be heading up to The Boundary Waters, to "our" little shack in the pines. Look out Jono, here we come! 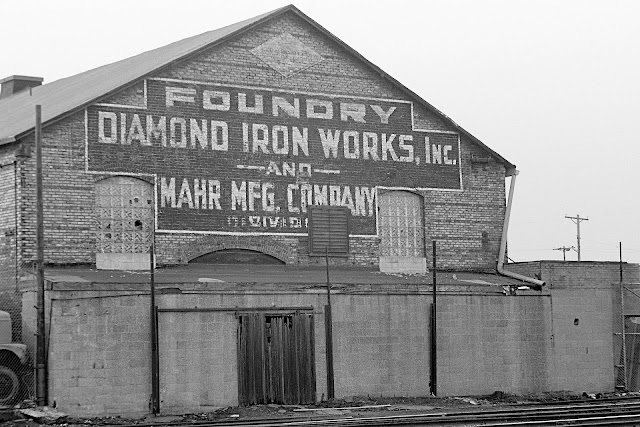 The Diamond Iron Works made industrial equipment from the late 1800s until the early 1950s. It was bought out but the name survives, primarily in rock crushing equipment used in mining operations.  It was one of dozens corpses of old factories in Minneapolis’ North side that had fallen vacant around the time I began prowling the area.

Departed industries, built upon the sweat of low-cost labor, much of immigrant. 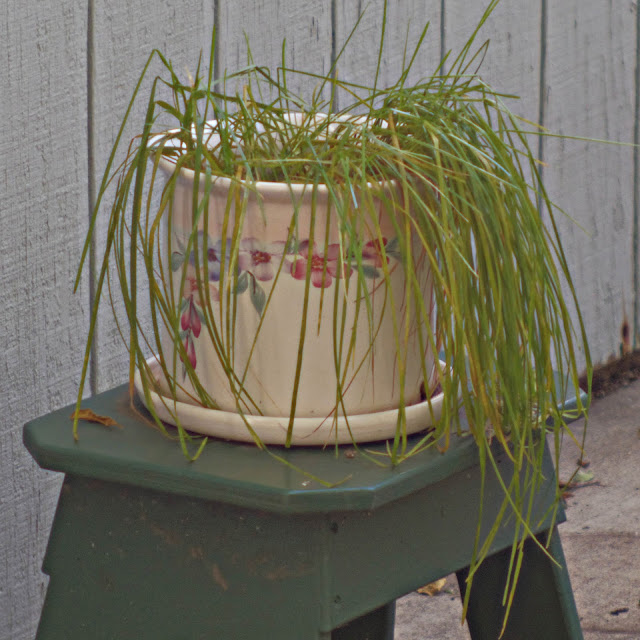 Doesn’t look like much of a threat, does it?

The seeds for this grass were smuggled home from Iceland in the packaging of a CD.

Who can predict how things will be upset by these usurpers from  Ultima Thule?

We’ll find out next year.

I transplanted this clump into my lawn.

Through a Glass, Darkly 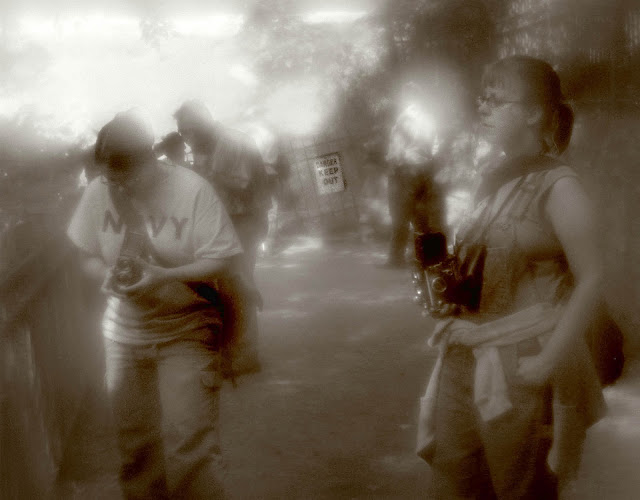 Some memories remain crystal clear, photographic. Others become indistinct, a mess of conflicting impressions, dream-like. A picture of the event will often spur memories, even supplanting them. When the photograph itself is unclear it only confuses thing more. As photographic technology becomes cheaper and more precise, will all our pasts be indistinguishable from the present?

Art Crawling with the Prof 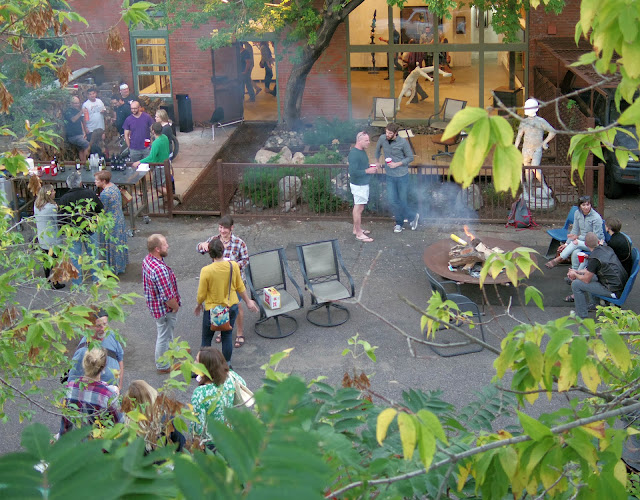 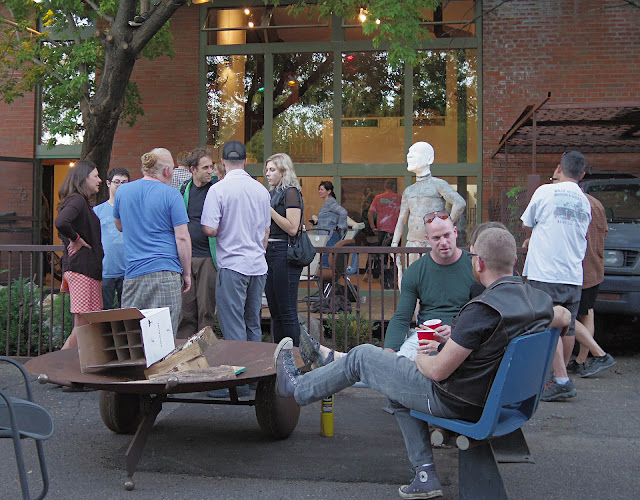 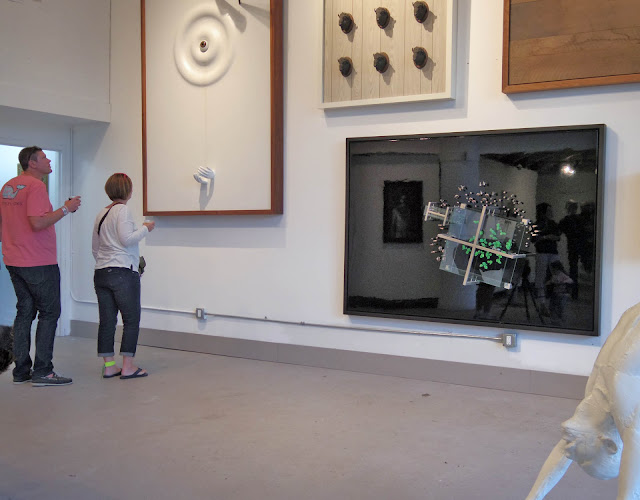 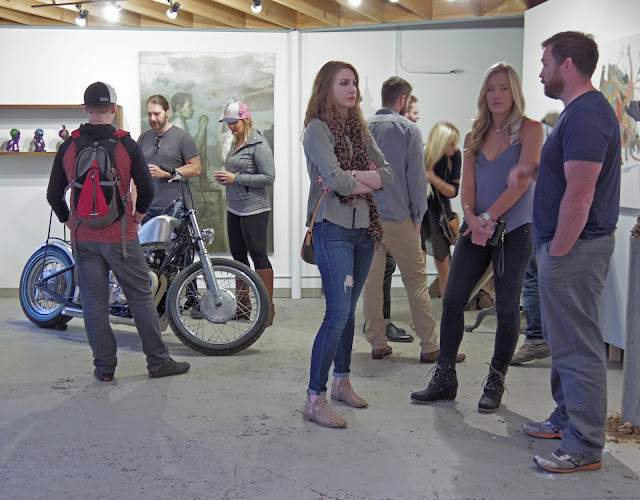 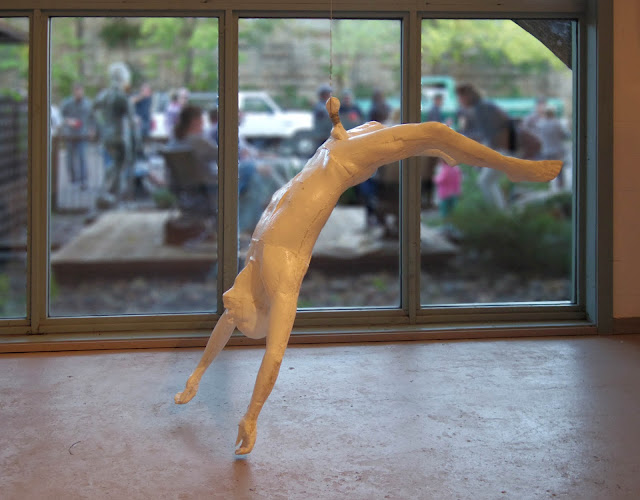 I don't know who did what. 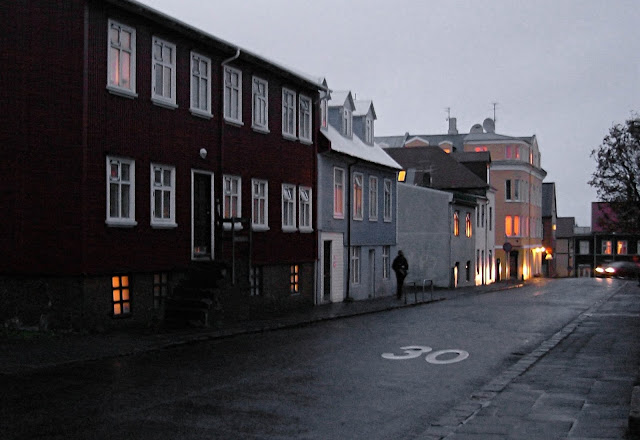 We had spent a couple of hours talking over coffee and pastries. It was now late afternoon and she had to pick up her children from daycare. When we left the café the sky was already turning to dusk.

“Walk with me,” she said, taking my arm, always a good idea on the slippery cobbles.

“Did I tell you about my friend, the one whose husband committed suicide?“

She had mentioned it before, the last time we met, so I nodded in reply. She had been concerned about my welfare, I had been a little emotional during the coffee, nothing to do with her, of course, just an unresolved issue from my personal life.

“They had been going through a rough patch in their marriage, but she thought things had turned the corner,” she said, “Turn left here.”

We walked on, but now it was her turn to show emotion. With a slight tremor in her voice, she began to speak:

“My friend was out with the children one day and when she returned there were police cars out side her building—the neighbors had heard a shot. She was devastated. All of us—friends, relations, people he worked with, we were all destroyed. It was unfair to us, what he did. If there had been an incident, some real reason, we could have dealt with it better. But there was nothing.”

“I can’t even begin to imagine, I said, I’ve be fortunate, no one close to me has killed them self.”

“That‘s why I asked if you were alright,” she said, “We have to watch out for each other.”

We walked on, when we reached the child care, we exchanged farewells. Kristín did call me later, just to make sure, one more time, that I was still “alright.”

He Came, He Sawed, He Conquered 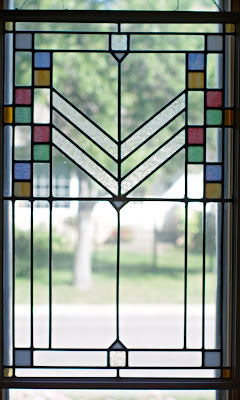 I’ve been busy on a little home improvement project recently. Several years ago, I my sister and her husband  were moving out of their 1917 Prairie School house in La Crosse, Wisconsin. They held a mammoth sale of a wide variety of things that they wouldn’t need at their new home in the U.S. Virgin Islands. One of the items was a stained glass window that had been broken by their dog's enthusiastic greeting of the postman. They had gotten it replaced (a proper restoration was not practical) so I got the broken window as ‘payment’ for helping them with the sale.

This week I finally took the remains of that broken window down from the rafters of my garage. After cleaning off a decade of grime, I laid it out on my workbench and took a good look at what I had. It was originally tripartite, the center section, which the dog had penetrated, was pretty much ruined, but the top and bottom appeared to be salvageable. The outside frame, which had been distorted by the canine collision, need to be replaced as well.  While I had never done stained glass repair before, the internet steered me in the right direction.

As I began to repair the damage, I soon realized that I needed some of the H-shaped bars that held the unit together. The are called “came”, pronounced just like the verb, and are made of zinc. There is a stained glass shop in my town; they had just what I needed, as well as a small piece of amber glass that I used to complete the design. I went to work with a big soldering iron, solder, flux, a glass cutter, as well as a Dremel tool, which was very handy for sawing out broken pieces of came without damaging the glass. After three days of missteps, it finally came together. It now hangs in our bay window. 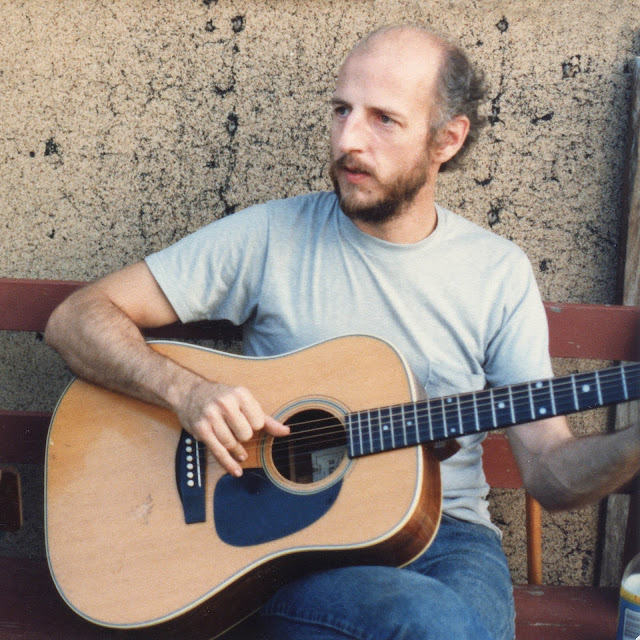 Don’t talk about the things you know are pointless,
just plug that jukebox and have a drink on me...
Ah, how about a drink for every dink in this whole god-damn bar,
and tell my landlord I'm in Tennessee...

... cause I got one way of livin’,
I got no hands on the wheel,
got my left foot in the coffin,
and the other on a banana peel...

Well even though I think you’re just an asshole,
do you think it's alright if your wife comes home with me?
She says she’s sick of your underwear tricks and she can’t get no sleep.
Now what do you think about that for honesty?

... Yeah I got one way of livin’,
I got no hands on the wheel,
got my left foot in the coffin,
and the other on a banana peel...

... I got one way of livin’,
got no hands on the wheel,
my left foot’s in the coffin,
and the other’s on a banana peel.

Reykjavík Nights—as captured in these images from ten years ago:

Grand Rokk (later named Faktorý) was a great bar in downtown Reykjavík. I saw many great acts there, it had a special atmosphere: in the second floor performance venue, in the main floor dive-bar, as well as in the outdoor seating. I sorely missed it on my last trip—is has been torn down to make way for another tourist hotel. 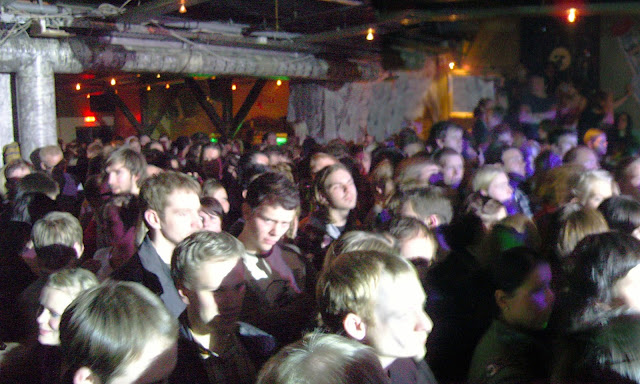 Gaukur Á Stöng, the formal name of Gaukurínn, is the place I saw my first music in Iceland. I stopped in mid-week in March of 2000 and saw a cover band playing AC-DC. In 2004 I saw the formidable Mezzoforte, a fusion band that featured the amazing Gulli Briem playing to a crowd of sophisticates. When I took the above picture, I was crammed in like a sardine to see some Airwaves bands, it was actually dangerous. 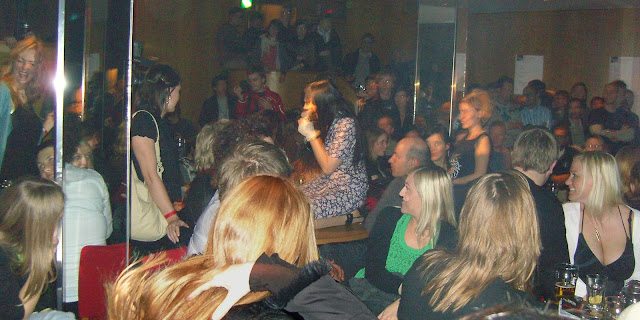 The last two images feature Trost, a German Punk Diva, at about 2 A.M. in the basement of the National Theatre. She was cavorting on top of 4 inch heels while consuming about 2 litres of beer. Although smoking was still allowed in the venues then, she didn't need a cigarette to be "lit-up". She held the audiences attention, if only to see if she could remain standing. Everyone was spellbound: 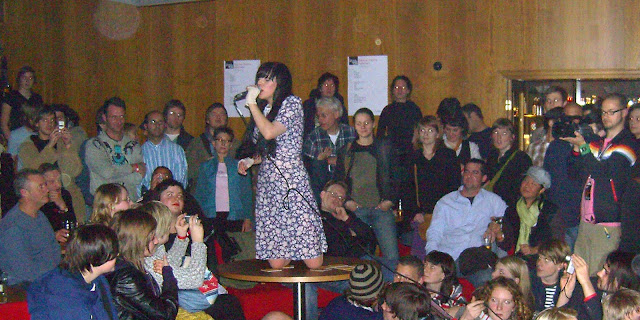 Batty's got a brand new bag: 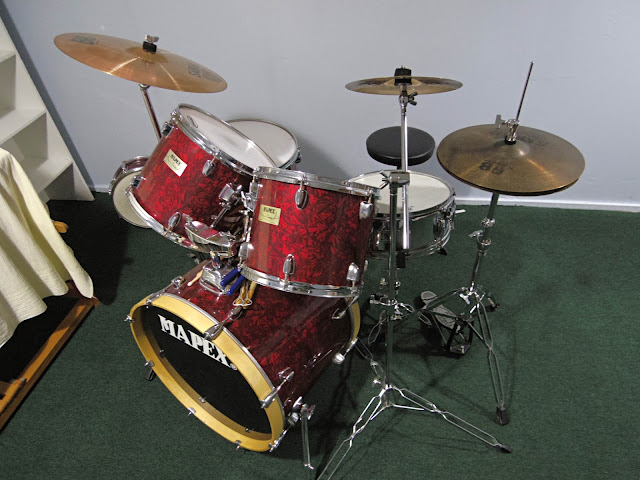 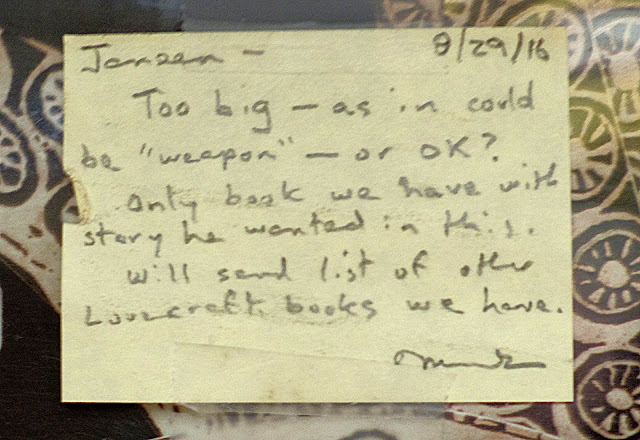 I found this note taped on a library copy of an Annotated Lovecraft. At 6+ pounds and 850 pages, I would definitely classify this as a "weapon": 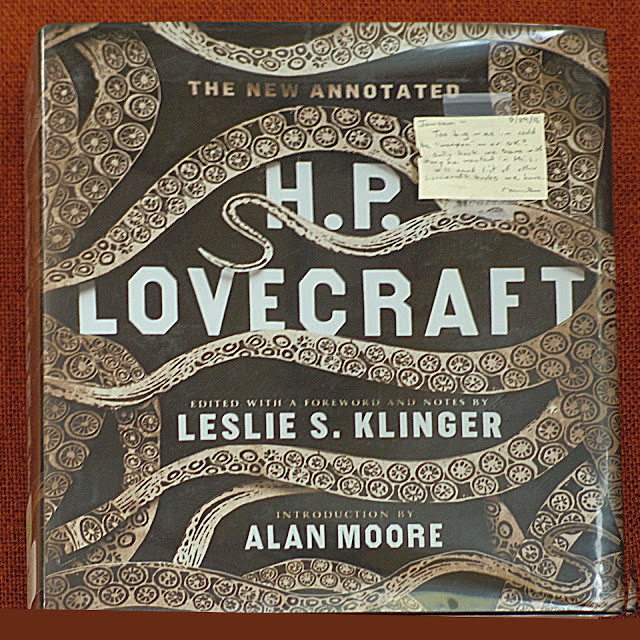 Pascal Pinon, Sundur and the circle… 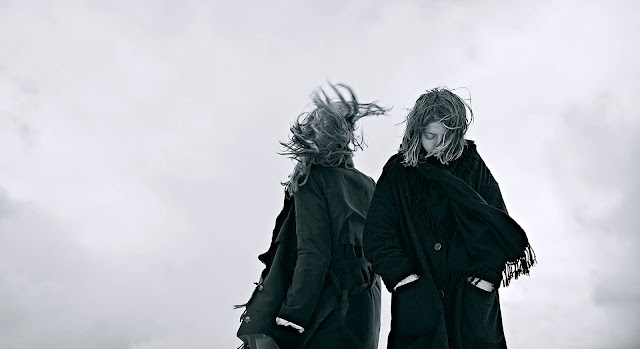 I’ve been listening to the latest Pascal Pinon album a lot. What follows is not exactly a commercial review; in light of the sensitive nature of this project that would be crass. This is more of a rumination—on the music of course, but also on my circular quest for a fuller understanding of life via Icelandic culture.

By the mid-80s, when I had pretty much hung up my musical “career”, I was trying to make the home and family thing work. One escape from my domestic duties that I did have was a subscription to Andy Warhol's Interview magazine, one of the few periodicals that retained a large format. The articles and photography were mostly about New York art and music scenes, but they also showcased up-and-comers from around the world. One of these blurbs featured the Icelandic band The Sugarcubes: Björk’s breakout vehicle. It was the beginning of a circle. I made a mental note of her and, in 2000, the Weaver and I did manage a short trip to Iceland. She was impressed but I was overwhelmed, especially with the omnipotence of Björk in the shops. So began a cultural odyssey. After quickly getting up to speed on Icelandic music and literature (and with the advent of blogs), I even began to make personal contacts with some of the natives. Now, five trips to Iceland later, I have come to the realization that I am approaching the end of the circle. Nothing ever stays the same, of course, and my contacts in Iceland have, like me, have moved on in their lives. The classic literature of Iceland remains great (and I adore serious Icelandic theater), its modern practitioners are gifted. Icelandic cinema remains very strong. The Icelandic music scene, however, seems to have reached some kind of peak around 2010. Although there are still some acts with international success (Sigur Rós, Of Monsters and Men), the most challenging new work is coming from Jóhann Jóhannsson, as a film music composer (Prisoners, The Theory of Everything, as well as the new Bladerunner).

All of this rambling is a preface to today’s subject: Sundur, the third album by Ásthildur and Jófríður Ákadóttir, twin sisters who call themselves Pascal Pinon. I first saw them in 2009 at Iceland Airwaves and I have always had an affection for the group. Their first release (Pascal Pinon, 2010), recorded when they were 14 years old, was a honest topography of the heart. Twosomeness, their second release (2013), brought the girls out of their bedroom and into the studio. It was, as to be expected, much more polished, while still retaining an intimate nature. Sundur goes far beyond either of these, presenting Jófríður’s lyrics "up-close-and-personal" accompanied by Ásthildur’s sure-handed production. The songs, as would be expected from the album’s title, are about love: lost, broken, or missed, with a bittersweet tinge. I could run this down track-by-track, but Jófríður has graciously already done so. Two of the stand-out cuts, Orange, and Ást, are available at the link. Ást was inspired by the writing of Halldór Laxness (another cultural circle), and is a powerful lament on love: “… the silent symphony created by stroking the strings of the heart… ”

Speaking of circles, Jófríður is featured in a recent Guardian article as being one of Björk's inspirations! Some reviewers have commented on the similarity of the two singers vocal styles. There is something to it but Jófríður is in full command of her gift; her melodies and phrasings are her own, the similarities in diction are shared by thousands of other Icelanders! She is also blessed with a twin sister who has grown musically as well. Ásthildur’s previous contributions were subtle but she is now an equal partner in this fascinating collaboration. Her assured and dynamic keyboard efforts are the equal of her sister’s vocalizations.  I would even put Sundur in the same class as Joni Mitchell’s Blue, not as mature, of course (after all, they still are only 22), yet it is even more intimate than Joni’s masterwork—if such a thing could be possible. As a jaded, card-carrying curmudgeon, it takes a lot to crack my frozen attitudes. Pascal Pinon, those wyrd sisters from the North Country, not only thawed my resistance, they positively melted me.

Fatigue at the fair: 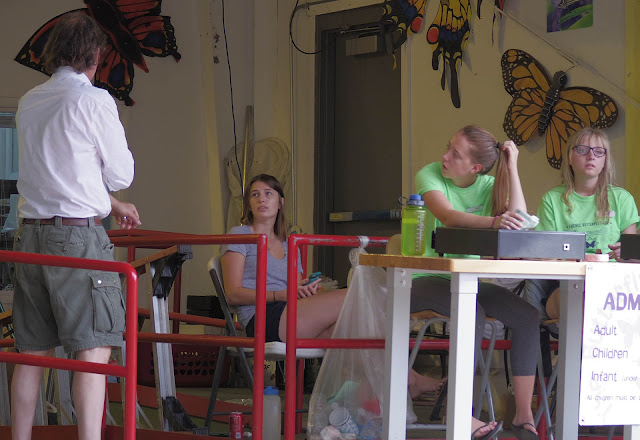 This cow has had enough: 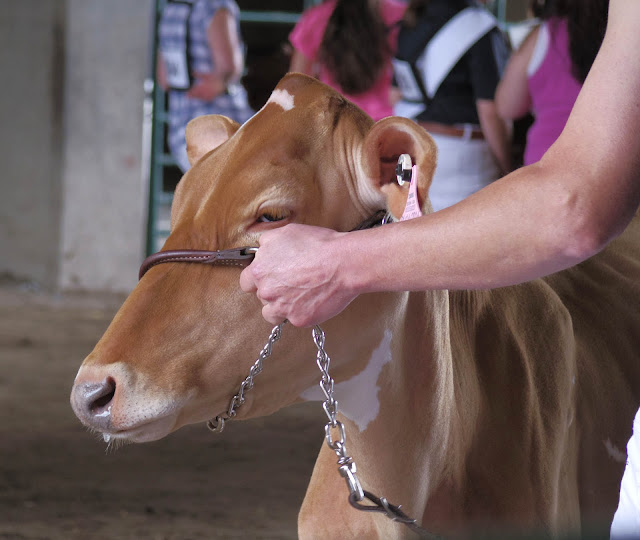 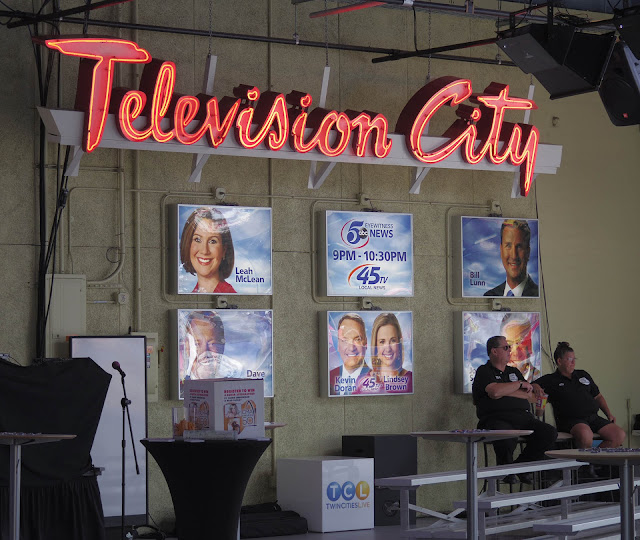 Sometimes you have to take a break from all the commotion: 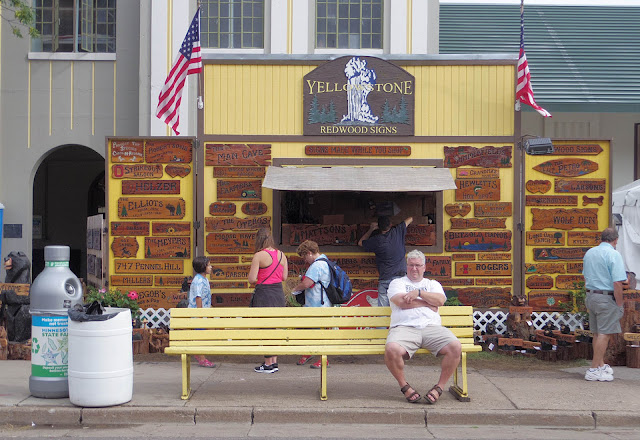