Jóhann Jóhannsson at the Cedar

My favorite Icelandic film composer was in town last night.  I have more of his music than any Icelandic artist except Björk, so for me it was a "must-see." Although his live "performances" are somewhat static, his ideas are anything but. A perfect melding of electronica and classical, he can be challenging at times but can also be strangely uplifting. His soundtrack to "The Miners Hymns" is considered a modern classic, it has been performed live many times and a taste of it can be heard in the trailer for the film:

His list of awards and nominations continues to expand; he's scoring the upcoming Bladerunner 2049 remake as well. I'd seen him in person several times, both in Reykjavík and Minneapolis. Orphée, his latest opus, is based on the legend of Orpheus and is his first non-soundtrack album in six years, a "soundtrack without a movie" as it were:

The Cedar Cultural Center may be the best intimate venue in Minnesota, the performers  usually play to the "short wall", so sight lines and closeness to the stage are very good. The minimal staging was effective, especially after the fog machine and the video projection began: 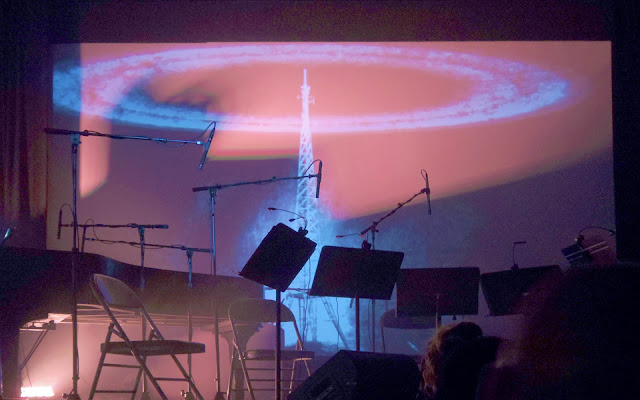 Jóhann came out and played piano with a string quintet and a reel to reel tape recorder that he used throughout the concert, even changing reels from time to time: 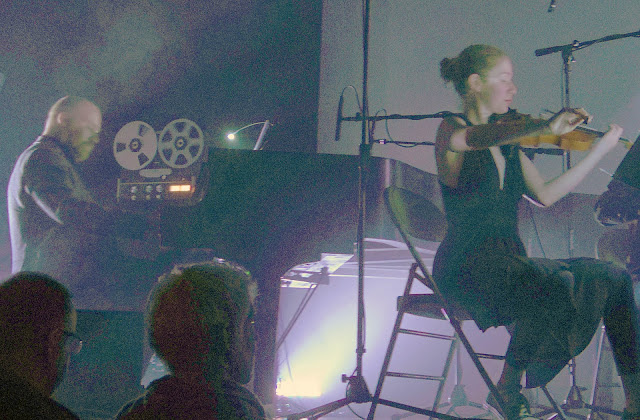 Jóhann sequenced his compositions in movements, seamlessly segueing between the sections (and tape changes); this was the best I've seen him in a classical setting. They played for a solid 100 minutes with no intermission.

For the last number, they played the song that started my infatuation with Jóhann: