The Righteous Brothers song “Little Latin Lupe Lu” was a staple among local bands in the Twin Cities in the mid sixties. One such group, The Chancellors, released a cover version in late 1964. It was a regional hit and also received limited airplay in other markets. I’ve been researching the song for an upcoming reunion gig of my old high school band, The Hungry Freaks. The Chancellor’s anemic version came up on YouTube; it was about as lame as I had remembered. I had seen the band live on a couple of occasions, once at a Catholic high school dance that I attended with my old childhood friend, Kevin. In an unrelated action, the County Library had been digitizing old yearbooks from that era so I looked up the school that held the dance to see if I could find a picture of the Chancellors in action.

My search was rewarded: 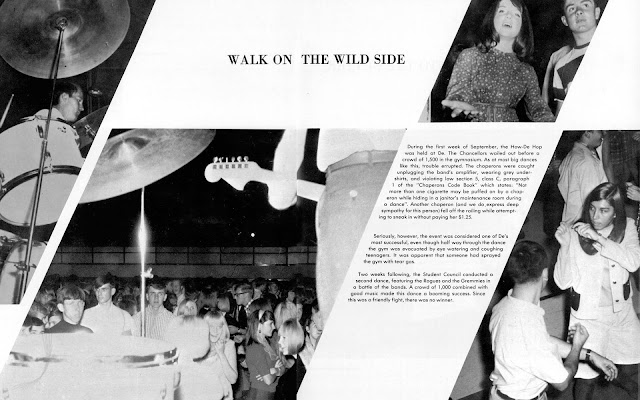 An even more serendipitous discovery was finding the face of a fifteen-year-old Batty, mesmerized by the awfulness of the band: 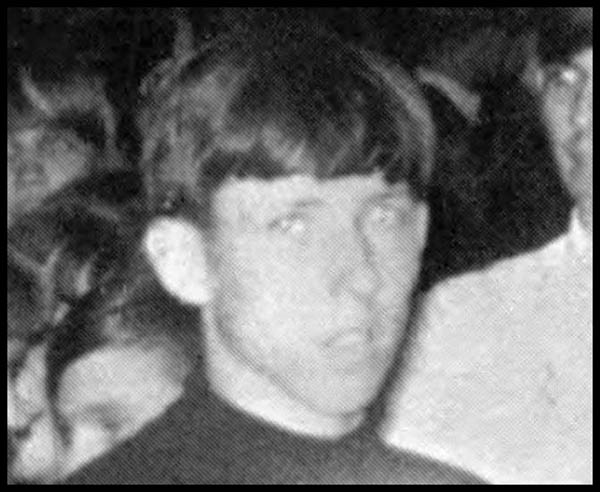 The song itself has an interesting history of its own—a story of cross-cultural relations that seemed so natural then—in a time before insane politicians tried to make everybody hate each other.  Bill Medley, the song’s composer, relates the story in this video:

Boy, does that take me back! One of the first concerts I went to was to see the Righteous Brothers at the Delaware State Fair back in 1965. I was 14 and it was the first time I had seen a "name" band.