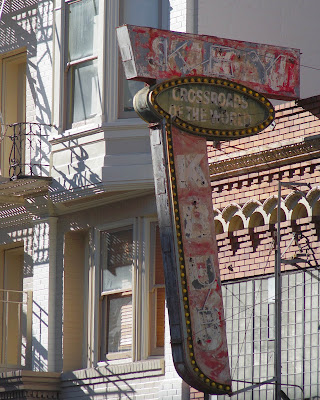 Crossroads of the World

Across the street from our hotel was what appeared to be an old and abandoned dive bar. After I studied its decrepit sign for a few moments I could suss out that the now-broken neon had once spelled “KEY KLUB” sandwiching the grandiose legend “CROSSROADS OF THE WORLD” encircled with an oval of yellow lights. I took a few pics of the storefront and then went on my way, vowing to return later for a closer look. It was definitely old, most of the buildings in the lower Nob Hill area were built between the earthquake of 1906 and the start of World War I. The elegant brickwork and tasteful terracotta accents were complimented by the bank of Luxfer prism tiles over the blank storefront windows below. Looking closer, I noticed that one of the ventilating windows in the tile bank was open, perhaps a sign of life? 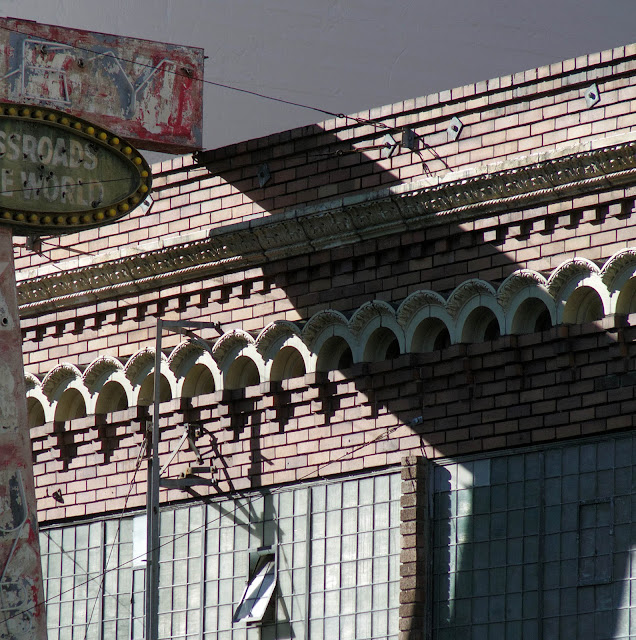 Later that night, when The Weaver and I were going out to find a place to eat, I noticed that the sign had a few lights that were still in operation. A faint glow came from the windows.  It looked like a set for a Twilight Zone episode : 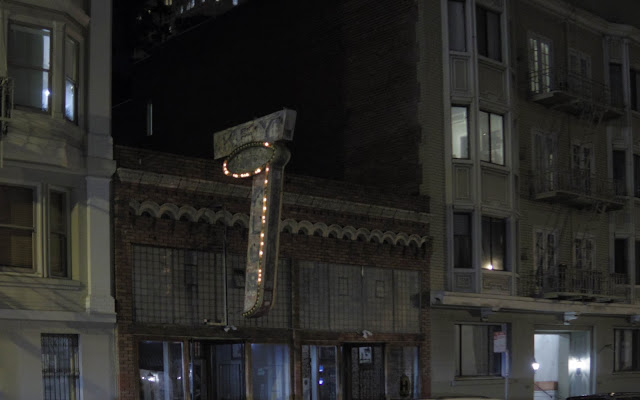 We crossed the street and approached the storefront that, except for a few flicking lamps on the sign, still looked dead: 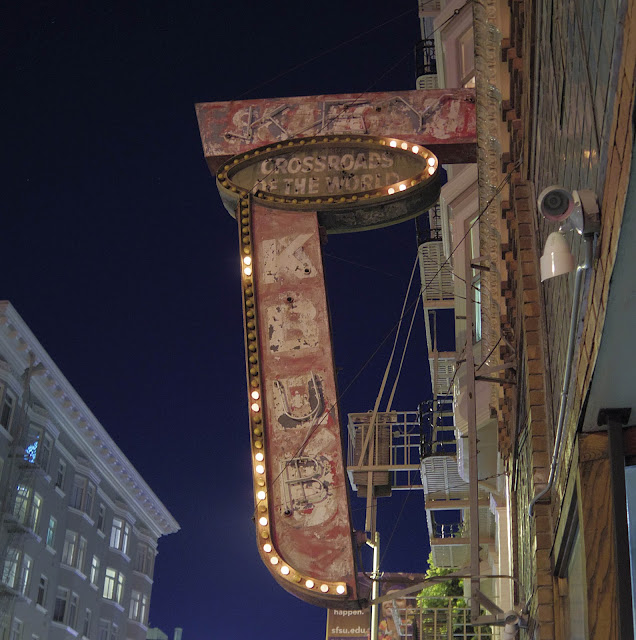 We crossed our fingers and went inside the (very dimly-lit) establishment where we discovered a very much alive Pub, serving thirty types of craft beer on tap: 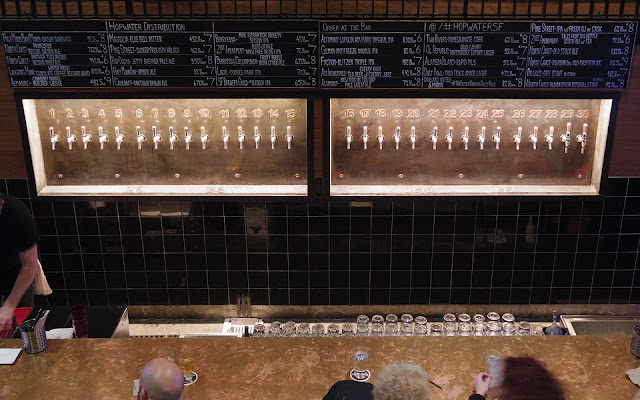 The place was named Hopwater Distribution (there seem to be an abundance of “clever” names of businesses in SF, perhaps it is a west-coast thing? A group of regulars were enjoying the ambiance: 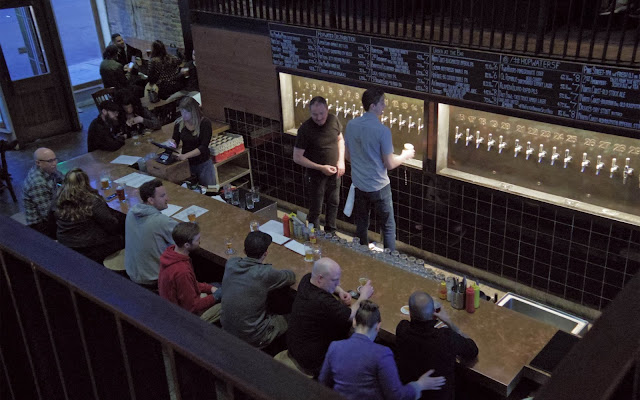 The menu had a variety of tasty comestibles; our food was delicious. To top it all off, the women’s curling final (Japan vs. Korea) from the Winter Olympics was on the big screen TV—crossroads of the world, indeed!

It just doesn’t get any better than that: 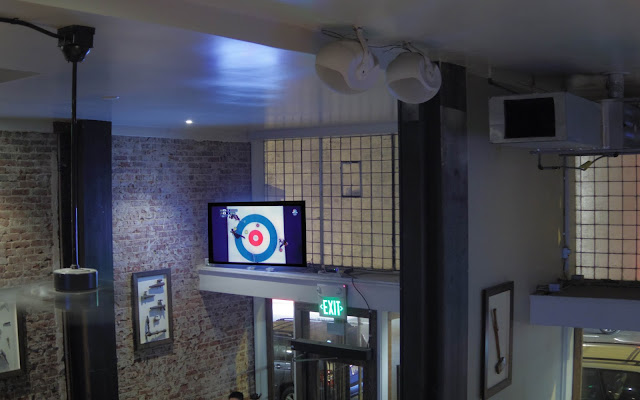