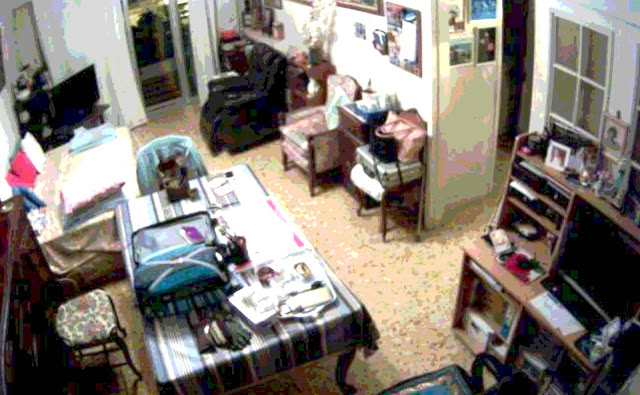 For a part-time college job, it seemed to be ideal.

Monitoring web-cams for a security firm, 96 screens, 10pm until 2am. Mostly stairwells and hallways, but a fair percentage were domestic: elderly living alone, sleeping children, pets and other mundane situations. It wasn’t as hard as you might imagine, most of the cameras had little or no action and if there was any, a light would flash beneath the appropriate screen—usually it was nothing. If it was needed, you could dispatch help: the company’s security patrol, EMTs or even the police. I had been on the job for a couple of months; outside of not having a social life, it was going well. I felt that my lack of social contacts was, at the time, a plus. Coming off a failed relationship, I needed some time to redefine myself.

At any given moment there were several monitors that were black or nearly so. Sometimes there wasn’t enough light for a feed, or perhaps something was blocking the camera. These “dark screens” would be flagged for attention for the day shift. IT would check to make sure the feeds weren’t dead. One night, one of those black screens suddenly came to life in a bloom of light that quickly diminished after the camera’s autogain kicked in. The monitor showed a spartan studio apartment with a bookcase, table, chair, and sofa. A shadow nervously flitted over the table, the choppy video stream giving everything a surreal look, a real-life David Lynch movie. After hours of monitoring nothing on the other screens this new development captured my undivided attention. A couple of minutes later a young woman flashed into view. She sat down at the table and proceeded to brush her hair. Her face was, for the most part, hidden; a bit of her nose would flash from time to time. She had towel draped over her shoulders, her straight black hair was long; she must have just washed it. The brushing (at one frame per second) was hypnotic. After several minutes of this, she left the scene momentarily and then returned with a hair dryer. Many more minutes of drying and brushing ensued until she put the dryer and brush down and then walked over to the couch, pausing with her back in front of the camera. Stretching, she walked back out of view.

She must have turned off the room lights for the screen has gone black. After a couple of seconds the auto-gain circuits of the camera kicked in again and a faint outline of the room’s contents appeared, nearly buried by the color noise. An ambiguous shape was on the sofa, it was hard to judge whether it was the woman or just some pillows. A few minutes later the camera feed went to black. Sitting in front of the now lifeless screen, I thought about what I had just witnessed.

I had seen my old lover do the same routine dozens, no, hundreds of times. Seeing it performed again, by an anonymous stranger, I was struck with the realization that there was a void in my life. Not just my lack of social contact, but also the more sublime loss of not sharing a physical presence with another person. The world I had constructed for myself at that time was like that bank of monitors; orderly but empty, with only occasional glimpses of life, glimpses that would quickly fade to black.

I gave my notice the next day. 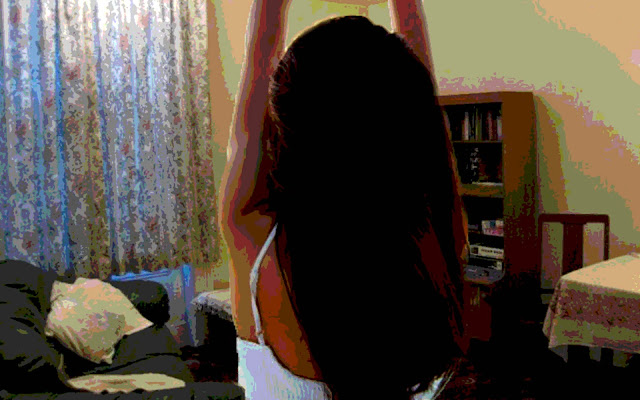 Didn't know it was fiction. It could have been any of us.

Thanks guys, it was one of those dream stories that pop up at 4 a.m.