We started the day with a charming performance by Sóley at the Grund senior home: 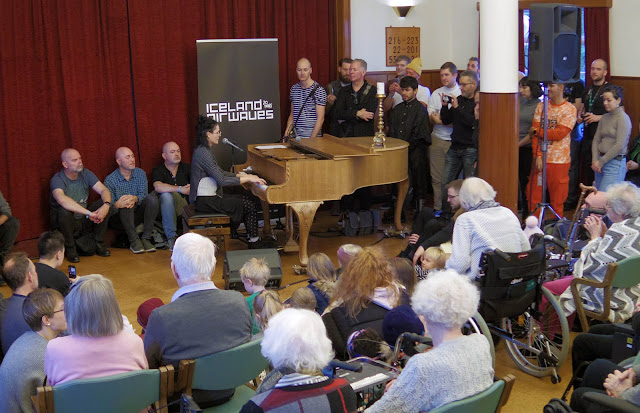 Performing for a diverse crowd: hipsters, seniors, preschoolers, Sóley, fighting the flu, played a varied set (traditional, and new, and even some childrens music. The highlight was a duet she played with her father (on trombone) of a song her grandmother used to sing about Hawaii. The solo her pabbi took on it was simply gorgeous:

After the concert it was off to a local bakery for sustenance and then to city hall to pick up our wristbands: 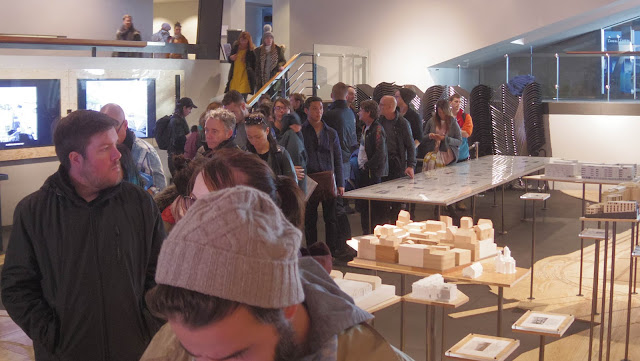 We missed the cut in getting into seeing Ólafur Arnalds at the KEXP off-venue show, but that’s alright—its already on YouTube. After a short break we caught the great young trio Gróa at 12 Tónar: 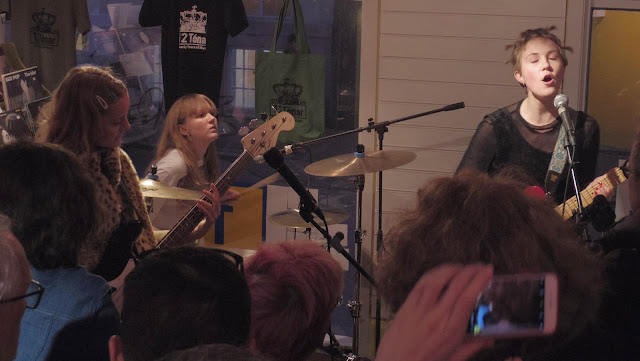 After a break for supper we hit The Hard Rock Café Reykjavík to see Árný, a pop-oriented chanteuse: 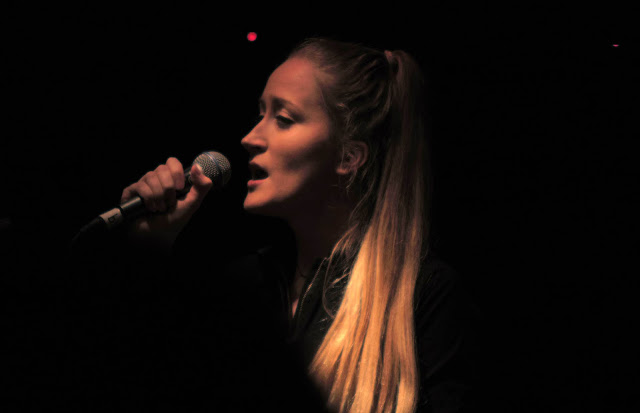 Although her act was was polished, I didn’t care much for her eenheidsworst music. When we sat down at a booth I met Peter L Evans, a UK based Icelandic Music enthusiast. I soon figured out that he was the man behind the Radio Croydon broadcasts of Icelandic music awhile ago. He was most surprised when I told him that I had listened to it regularly. The night was still young so we bopped into Gamla Bio where THE VERY LOUD KIRIYAMA FAMILY was playing, the lead singer was very good, but it was just TOO DAMN LOUD: 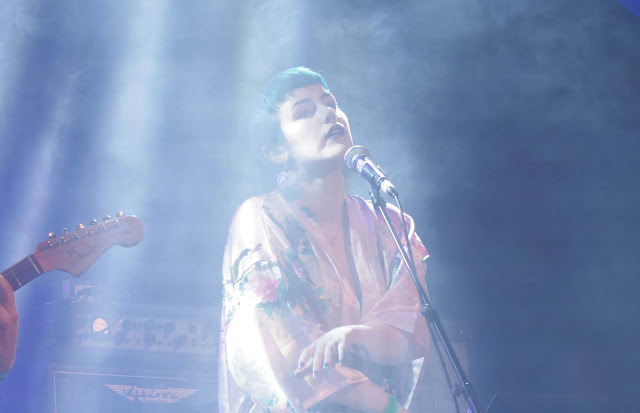 We escaped with our hearing intact (what?) in time to catch a bit of Hildur and her Adele-wannabe-act at the Art Museum:

Wasn’t what we were looking for either but we did find it across the street at Húrra: 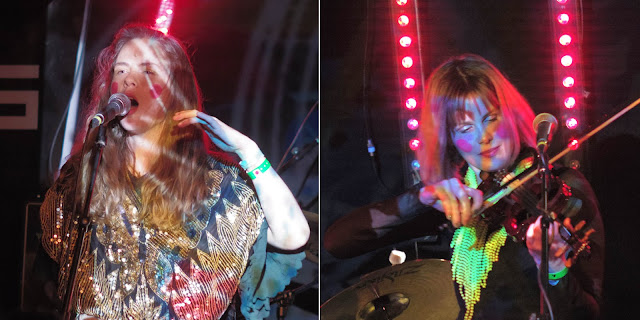 Grúska Babúska is a gypsy-rock band that was fantastic, all of them inventive and accomplished musicians. I wished they had played at our wedding!

After their set the very young trio Ateria performed: 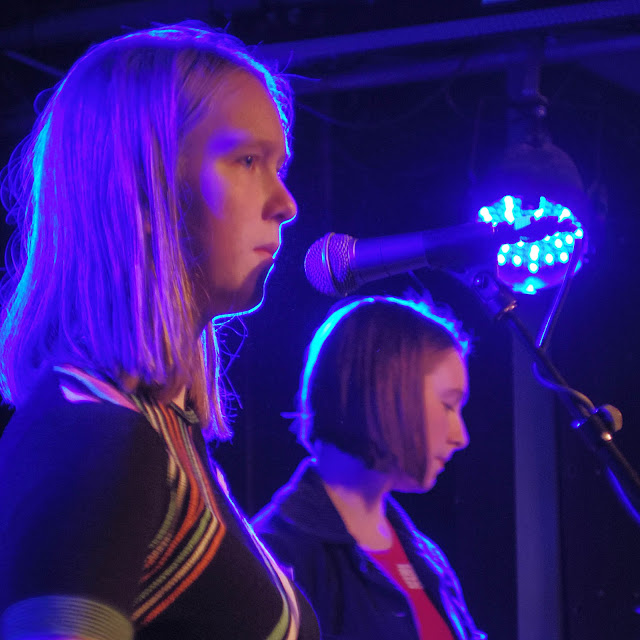 They were a great find: mysterious and haunting, with original material suggesting a bright (or is that a “dark?”) future for this Folk-Goth band.

Due to a scheduling glitch, the 10-woman hard-core feminist rap group Reykjavíkurdætur was just wrapping up their set when we went got into the art museum to see them. They did not disappoint: 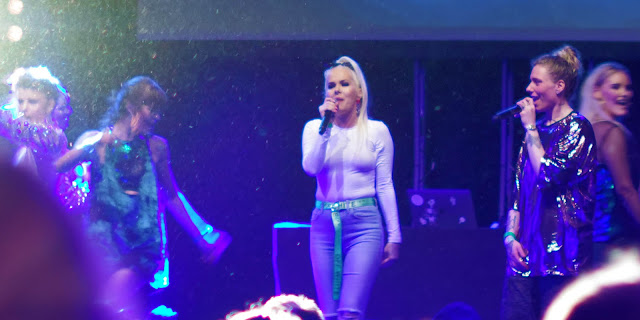 That is a lot of music to take in! I like that all ages go to some of it. Even though I would not understand the words I have no doubt that they would hold my attention.

I forgot to mention that the president of Iceland spoke at the Sóley gig.