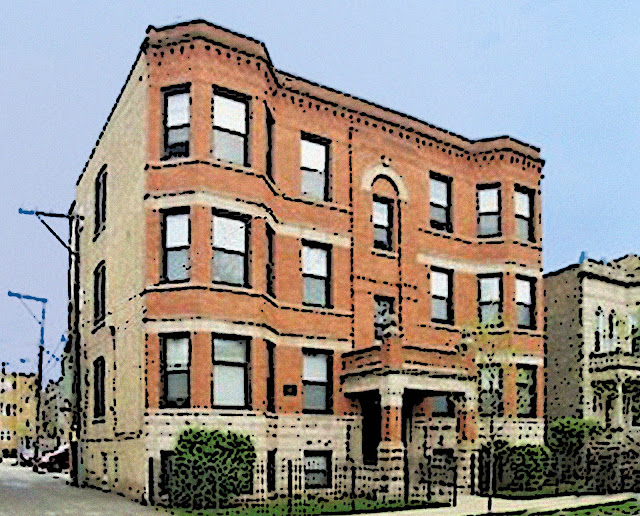 “Last week we were talking about things you had done in your youth, things that you remain conflicted about. You were going to tell me about an incident with your girlfriend’s sister.”

“Um, okay, this happened was when I was about 23. The kid sister of my girlfriend called me and said that she needed some help dealing with her current but soon-to-be-ex boyfriend.”

“Can you give me your recollection of how the situation played out?”

“She calls me one morning, it was a Saturday or Sunday, I think, I didn’t have to go in to work.”

“You know that guy I’ve been seeing?”

“The guy with the white suit?”

“And how am I supposed to fix this situation?”

“If you would just come over, be here when he gets here, he’ll see you and you know…”

“He'll think we’re lovers. Can this guy kick my ass?”

"When is this all supposed to come down?”

“I’m usually not one to breakup a relationship. Are you sure you want to go ahead with this?”

“She lived in a three floor walk-up, an efficiency, a ‘Single Room Occupancy’ apartment; bathroom down the hall. Earlier, she had been living with my girlfriend and me, it was an OK situation, we got along well but then, when she got a boyfriend, she needed a place of her own. I had met the guy, he was a bit of a dandy—wearing white sport coats with matching pants and shoes. While had never ‘hung out’ together, I had heard all about his ‘peculiarities’ from my girlfriend. I felt compelled to help her sister, she was basically a good kid, she had fun when she was living with us and if I could help her get out of a dead-end situation I thought maybe, maybe it would help ease some of the difficulties I had been having with my girlfriend.”

“We’ll go back to your girlfriend later. This break-up scenario, there aren’t a lot of men would be willing to do something like this. Did you have a sexual relationship going on with this ‘little sister’?”

“No, she was more like part of a the family. Kind of squirrelly, no real sexual attraction.”

“So I go over to her place, and it is small. There is a bed, a night stand, and a small dresser with a hotplate, standing room only if you weren’t lying on the bed.”

“Let’s make it look like we’ve just done it. Strip off the coverlet and bunch up the sheet at the foot of the bed.”

“Ha, ha. I’ll crumple up some Kleenex and put them on the floor.” (Looking out the window… ) “Ohmygod, he's in front of the building.”

“Do you have any booze?”

"I’ve got some whiskey in the dresser.”

“Good. Pour a little in that glass on your nightstand. Now we both take a sip and gargle with it.”

“He strutted in preening—a regular cock-of-the-walk—his all-white outfit neatly pressed, ready for some action. When he spotted me the look on his face was priceless. A perfect triple-take: he looked at me, at her, and then at the bed. He deflated like a popped balloon. He got the hint, and turned around and left. A lie told without words.”

“Bearing false witness? That could have been a disaster.”

“I guess I was pretty stupid. For him, it was a disater. My girlfriend’s sister was overjoyed at the outcome.”

“And how did your girlfriend take this episode of psychodrama?”

“Ahh, she didn’t seem to care, although our relationship never got any better. She moved out a year later. At my insistence.”

“She definitely had some problems, mental heath issues of some sort, might have been drug related. I can’t really say, I didn’t see her after her sister and I broke up. She died several years later. I don’t know the circumstances.”

“Do you feel some guilt about that?”

“I have, at times. I don’t let it eat me up. The incident with her boyfriend might have been a trauma for him, but it wasn’t one for me. Or her. We all have problems.”

“So, now tell me about the break-up you had with your girlfriend… ”

To be continued, I hope!

It’s a one-off, my fiction writing has been neglected lately; I’m “knocking the rust off” with this one.