Girl From the North Country 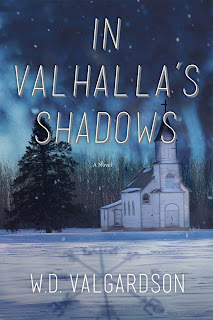 If the Midwest of the United States is flyoverland, the Midwest of Northern Canada is almost a no man’s land.
When Tom Parsons (an ex-Mountie on a disability pension) moves to a small resort town somewhere north of Winnipeg, he immediately becomes ensnared in the mysterious death of an indigenous girl. Tom brings plenty of his own problems along, most of the townsfolk are suspicious of Tom, and those who do befriend him seem to have hidden agendas of their own.

This is an odd mystery. It is more concerned with the history of the town than the plot. W. D. Valgardson is an experienced writer who has carefully researched this book—at times it has an academic feel; there is a lot of information here. Valgardson’s writing is straight-head and I became completely swept up in it. Again, not so much for the mystery, but just the panorama of small town characters the W. D. struts across the vividly portrayed “stage” of the small town. It is a somewhat dismal book however, the denouement suggests that things won’t really change much for the better, even if the villains do receive their comeuppance. It reminded me of a Henning Mankell novel.

Valgardson has also contributed several essays to my Laxness in Translation site, I had been following his excellent blog until he stopped posting a few years ago. I had wondered what he was up to, now I know.

Many thanks to DJ Cousin Mary for making me aware of this book.

I did enjoy his blog. Might look into this one.

Lots of Icelandic references and a good look at the bad sides of small town life.

There are a lot of stock mystery tropes in the protagonist (physically damaged, psychically damaged, estranged wife, alienated daughter, women attracted to him, etc.) but still pretty good.

Glad you liked it, Batty. I thought it was more about the characters' personal journeys than the mystery. Could not put it down when I read it.