This is Chapter 13 of The Inheritance, a serial fiction novel on FITK 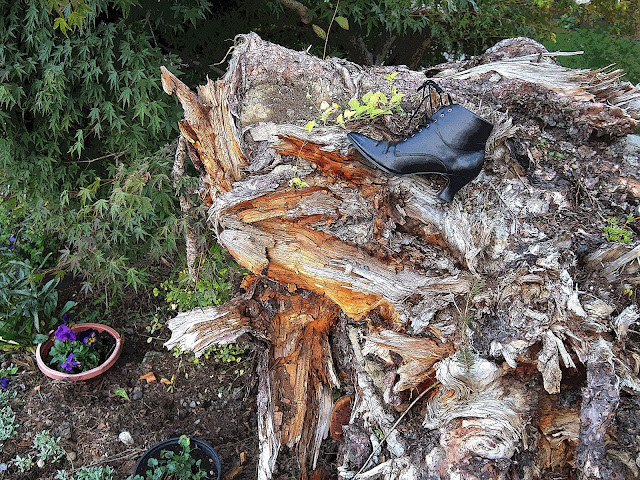 “Shall we go for a walk around our new neighborhood?” said Sean over breakfast, “I’d like to see how the other people here have planted their gardens. Ours has been neglected for quite a while.”

“Why don’t you and Mareka go ahead,” said Mary, “I’m going to see what we need in the way of groceries. We’ll go the the QFC when you get back.”

“How did you know about your mother’s online name?” said Sean as they walked down the street.”

“I know secrets, yes I do,” laughed Mareka, “Hilmar told me.”

“We should give the Iceland folk a call,” said Sean, “Now that we have some news.”

“I miss Villí,” said Mareka, “When will we see him again?”

Villí was her half-brother, whose mother was Þora. Fathered by Sean, he was a year older than Mareka and the two children had spent a lot of time together when they were younger. When the Covid virus hit, flights to and from Iceland were severely restricted. As Villí’s father, Sean was eligible to travel there, but everyone involved thought it better to stay put, at least until the crisis had eased. While the rate of new infections was down from their peak in May, a second wave was expected in the fall and Sean felt that it wouldn’t be in the best interest of either family to spend fourteen days in quarantine in Iceland. Þora’s uncle Hilmar was a good man and devoted to his nephew.

“I do too, but it is better to safe than sorry. The virus will end and we can all be together again.”

The area around Sean and Mary’s house was a series of rolling hills with single family homes surrounded by lush vegetation. Most of the houses had been built in the fifties and sixties, but here and there a modern house had been built on the site of a tear-down. As they walked around a corner, they saw a older man working in a rock garden that was accented with spiky tall grasses.

“Nice garden!” said Mareka, “I really like the rocks.”

“Why thank you!” said the man as he put down his hoe, “I add a little bit to it each summer, the rocks help keep it from getting out of control. Are you two new to the neighborhood?”

“We’ve just moved into the Langley place on the next block,” said Sean, “I’m afraid that it needs a lot of work.”

“A block party!” said Mareka, “My name is Mareka.”

“And I’m her father, Sean, Sean Carroll. As soon as the pandemic is over, we’ll have another block party.”

“You‘ll have to meet my granddaughter Sara, she’s just about your age, she lives here with her mother.”


Barbara Merrit’s searches for “Jo Sanford” were, for the most part, fruitless. She had found a few articles in the Seattle media about Jo shooting an intruder—but only a few—and none at all after a few days beyond the first one. To Barbara, that screamed ‘cover-up’ more than a smoking gun—someone with some clout had stopped the story—but for what reason? The name searches were drowned in a flood of LinkedIn postings and obituaries. As Barbara again looked at the pictures she had taken of Sean and Jo something clicked. She brought up the files of the story her brother had been working on when he died five years ago. The image folders only had the date for a title. She started searching from the latest date backwards.


FBI Special Agent Marchal looked at the dossiers of all the known participants in the riot that had happened the previous Friday. A few of them were local trouble-makers but most were not from the Seattle area. This meant that they had to have been contacted days before the riot broke out and were now probably already out of the area. Someone must have been coordinating them. He found it hard to believe that the Russians behind the Billygate affair still held any interest in Sean and although Mary’s witch website had been popular that was several years ago—ancient history as far as internet memes went. That left the child, Mareka, and her ‘nanny’, Jo Sanford. Sanford had killed an intruder, probably a Russian assassin hired by ‘The Brotherhood’, but it had been hushed up and made moot with the explosive ending of that organization. His interview with Jo found that her and Sean’s stories matched—there just wasn’t anything of interest there. Mareka’s recent inheritance had certainly attracted attention, more than would be expected, but the riot was too recent of an event to have attracted such an concerted effort. Out side of the faint Russian connection, all of his leads had been dead-ends.

He’d pull in and question a few of the demonstrators to see if he could find a connection between the recent events.


“Hey Pops! Look at that!” exclaimed Mareka. A large over-turned stump was sitting on a corner lot, with an elegant woman’s boot perched atop it. “Why is there a boot there? What does that mean?”

“Somebody’s idea of a joke?” said Sean, “Or maybe it is an art statement?”

“Maybe it belongs to someone who died. Maybe somebody jumped to heaven from that stump and left her boot behind.”

“That’s quite a story!” said Sean. He was used to Mareka’s outbursts but wondered if she was more troubled by the effects of the pandemic than she could express, specifically the death of her Great-aunt Tina. He decided to change the subject: “Let’s go home, Kiddo, then we can go to the store.”