This is Chapter 15 of The Inheritance, a serial fiction novel on FITK 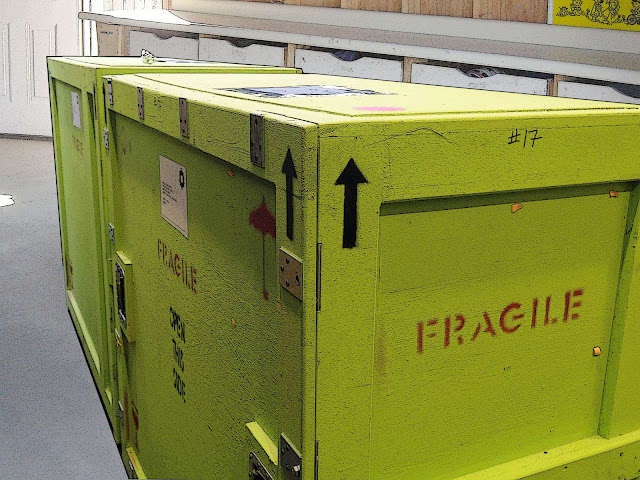 Sean awoke to the sounds of Mary, his wife, murmuring in her sleep. He gently patted her bottom and she settled down and resumed regular breathing. Sean had thought her sleeping patterns had been noticeably erratic since they returned from Iowa and the stress of the riot hadn’t helped any. He got up, put on his robe, and went out to the hall, walking down to the door of Mareka’s room. Sean could hear light snores emanating from his daughter so he continued down the hall and then to the kitchen for a drink of water. The window over the sink looked out over the back yard. The guest house was also visible, at the rear of the lot.

“Jo must be up,” Sean thought. He could see a moving shadow on the shade in her bedroom window. “I’ll give her a text and see if she’s OK.” Stepping outside, Sean noticed that the night air was, if not exactly warm, ‘warmish’ for Seattle. He sat down on one of the patio chairs, took the phone out of his robe’s pocket and messaged Jo.

Saw your lite is everything ok

Sean put the phone in his pocket and sat quietly, listening to the sounds of the neighborhood. He could hear an occasional vehicle would go by on nearby Roosevelt Way as well as fainter traffic noises from Northgate Way, a few blocks further distant. As he became more attuned to his environment, he began to hear the creek in the west and the sounds of the raccoons scurrying along its dark banks. He could smell the neighbor’s laurel hedge on the south side of the lot and the flinty aroma exuded by the giant rock on the north side. Above him the sky was beginning to lighten. Jo’s bedroom light switched off. Sean got up and went back inside. He felt at home.

Barbara Merrit looked at the image files shot by her brother seven years ago. There were several that had shown, unmistakably, Sean Carroll with Jo Sanford, the couple who Barbara had also captured on her phone, both at the riot and in the Motif hotel lobby.  Evidently, this relationship had been going on a long time. Barbara still didn’t know what it meant, but she knew who to call to get things rolling. She prepared an email to Andrew Stevenson, the television pastor (whose preaching against Mary help instigate the riot) with a brief summation of what she knew and a longer spiel of what she suspected. She attached the image files and hit SEND.


“Good morning, recovered from your nightmare yet?” said Sean to Mary as she walked into the kitchen. Sean was drinking coffee and looking at his phone.

“That was a dilly, the Russians were in it, wearing masks,” she replied, “Thanks for rescuing me. Where’s Mareka?”

“She’s already outside on ‘her rock.’ I think she’s going really enjoy having a yard of her own.”

“No. I think she might have had a bad night too,” said Sean, “I got up after your dream and saw that her light was on. I texted her to see if she was alright and she said she was OK… that was about 4 a.m.”

“She always seems happy, but I know that some of this stuff we are going through bothers her,” said Mary, “And this is just as big a change for her as it is for us. What’s on your calendar for today?”

“That’s the last of the exhibitions, right?” said Mary, “Are you going to keep the canvases here?”

“Yes, at least for now,“ he said, “I’ll put up some racks and install a climate control system.”

“You aren’t worried about them being stolen?”

“They’d be hard to fence—they’re all pictured in the catalog raisonné. The market for modernist fine art is down now, it might be years before they are worth any real money. Our security system is good, and the storeroom in the basement is sturdy enough. We can put a couple of the canvases in the living room—it will be nice to have Emily with us again.” Sean took another sip of his coffee. “I think I hear the truck now.”

Sean went out to the front of the house and greeted the movers. Emily’s canvases were in two large wooden crates that had been painted green. After examining the seals, Sean had the men put the crates into the garage where he could deal with them later.

“Hey Pops! What’s in the boxes?” said Mareka, who had just walked into the garage.

“Your great-grandmother’s paintings,” said Sean, “We can look at them tomorrow when I unpack them. They have been moving around the country, in museums, since you were little. You can help us pick out some nice ones to put on the walls.”


In the kitchen, Jo had just walked in from the patio.

“Sean told me that you were up late last night,” said Mary, “Is everything OK?”

“I talked with my mom last night, she tested positive for the Covid-19 virus,” said Jo, “She’s really sick.”

“What are you going to do?”

“You’d go back to Spokane, with your ex still there?”