This is chapter 52 of The Inheritance, a serial fiction novel on FITK 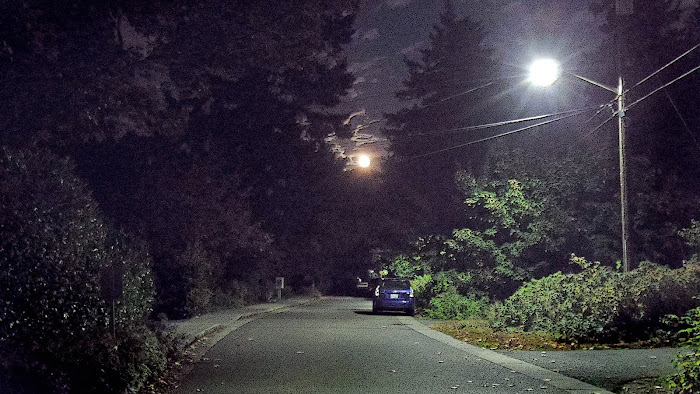 FBI Special Agent Marchal had requested a meeting with Sean, Mary, Jo, and Mareka for a follow-up to the events of the previous weekend. Sean suggested that he come to their place, specifically the garage which had been retro-fitted to minimize Covid exposure for the home school. Jo’s home school had taken the week off for the Thanksgiving Holiday, a fact which Jo was grateful for—her ribs were still sore and the bruises on her face from where she had been slugged was still visible. Agent Marchal was only too happy to oblige, he liked Mary and Sean, and looked forward to meeting their daughter. The five of them masked-up and went into the garage/school.

“This is where you go to school, Mareka?” said Marchal.

“We have a lot of fun here,” said Mareka.

“Jo’s the best!” said Mareka, “Even the school people that give us our tests think so.”

“Jo has done a lot for us over the last eight years,” said Mary, “It would have been terrible to have lost her.”

“Thank you all,” said Jo, “You’ve helped me over and over again. I don’t have to say how much I appreciate what Mareka did for me last weekend. That was a very bad scene, I wouldn’t wish that kind of experience on anyone.”

“I came here to tell you what was the result of your bravery, Mareka,” said Marchal, “Mr. Stroud was a very bad man who happened to get caught up with group of other bad men. He had been recruited by a small gang of men who were trying to infiltrate the homeless community in a plot to control the distribution and sale of drugs as well as other illegal activities. They had found out that Mr. Sroud was Jo’s ex-husband and used this knowledge to get him to committ murder in exchange for telling him where Jo was staying. We broke up the gang, most of whom were here illegally. Because you are a minor, Mareka, the story of Mr. Stroud and his accomplices will not be released to the public. The murder of Barbara Merrit and her friend Marcel DuPage, will be told; Mr. Stroud’s death will be tied to it as a drug deal gone wrong. I understand that you Sean, and Mary have had dealings with those two in the past… ”

“As did I,” said Jo, “With Merrit about her ridiculous ‘exposé’ and I did speak with Mr. DuPage on one occasion as well. It’s horrible that they were murdered like that, evidently Stroud was going to kill me in the same way.”

“Yes, the syringe contained a lethal dose of Fentanyl, he planted the syringes that killed DuPage and Merrit to make it look like they had overdosed,“ said Marchal, “He would have probably gotten away with that if he hadn’t been stopped by Mareka here. How are you doing, Mareka?”

“Mareka has been questioned by a child psychologist,” said Mary, “She was very impressed with Mareka’s self-control. There will be a follow-up in a couple of weeks. We’ll keep an eye on her, of course.”

“Good.” Agent Marchal paused for a moment, ”In addition to the wrap-up, this is probably my good-bye to you as well. I’ll be retiring in a couple of months, once the new administration is in place. I won’t bore you with the details of how bad the last four years have been but I will say this: Most of this would have never happened if we never had the shabby political influence on the FBI that has happened on this case. That story may never be told.”


Later that evening Jo and Mary were talking with Mareka in her bedroom.

“It was nice that Agent Marchal visited us today,“ said Mary, “He’s one of the ‘good ones’.”

“I didn’t know that you guys knew each other,” said Mareka from her bed, “What does he know about our ‘family secrets?’”

“We’ve told him that Emily has channeled me, we told him not to take it too literally, that it might just be wishful thinking on my part, ” said Mary, ”He was cool with that, he didn’t want to explore anything that couldn’t be used in court.”

“And he certainly knew about me killing that intruder,” said Jo, In fact, I think he knows a lot more about that intruder than he’s telling.”

“He also knows about the other one, the man that was struck by lightning at Sean’s Aunt Tina,” said Mary, ”What he doesn’t know that I was responsible for that lightning bolt.”

Mareka thought about this for a while.

“So… the three of us, we’re all killers?” said Mareka.

“Yes, I guess that’s true,” said Jo, “Lord help the fool that tangles with us, sho.”

“All that is important now is that we are alive and together,” said Mary, “Here’s to The Sisterhood of Killers—bound to each other forever.”

“Amen to that sister!” said Jo.

“Amen and good night,” said Mary, and she turned off the light.


Next Chapter: Yearning to Fly