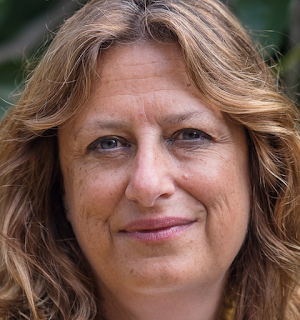 The Crossing Places
The Janus Stone
The House at Sea’s End
A Room Full of Bones
A Dying Fall
The Outcast Dead
The Ghost Fields
The Woman in Blue
The Chalk Pit
The Dark Angel
The Stone Circle
The Lantern Men
The Night Hawks (June, 2021)
The Locked Room (2022?)

Never had I dreamt that the adventures of an English archeologist working in a small college could be so engrossing.

I was tipped off to this series by DJ Cousin Mary and I have been thoroughly enjoying them. Ruth Galloway is a forensic archeologist living in an isolated cottage by the dismal yet beautiful salt marshes of County Norfolk in East Anglia—a location whose weather often makes its soggy presence felt in the plot. She teaches throughout the year and conducts summer digs—the novels’ archeological background adds a refreshing twist to these stories. As does the conception, birth and growth of her daughter Kate, whom Ruth is raising as a single mother. Called upon for her expertise on old bones by local DCI Harry Nelson (who also happens to be Kate’s father), Ruth becomes deeply involved with police investigations that are often related to some historical event.

This is one series that benefits from being read in order: the couplings and conflicts of the characters and how they develop are just as important as the mysteries unearthed in each installment. These antics can become somewhat soap-opera-ish at times but that only adds to the charm. Excellent action sequences are often enhanced by the appearance of Ruth’s friend Cathbad, a mysterious druid, who offers his oblique esoteric insights. This would make a great TV series (and it has been optioned by the BBC.) The overall quality is good and not too formulaic although I found The Woman in Blue to be something something of a misfire, coming off as a second-tier Midsomer Murder episode (no bones in it!) There is an installment set in Italy as well.

Griffiths also has a “Magic Men” series set in post-war Britain involving a loosely-knit group of performers (and a policeman) who had met during the war and ended up in Brighton during the end of the music hall era. It continues on into the sixties. The plots are kind of “fussy” but do work out to logical conclusions:

Veddy, veddy British of course; hundreds of gallons of tea are consumed in each volume. They are actually quite pleasant and humorous despite the murders. Elly also has other titles, including The Stranger Diaries, which I found somewhar clever, but I couldn’t finish The Postscript Murders which was too cute to stomach. Highest recommendation for Ruth Galloway, a marginal recommendation for the Magic Men, Blood and Vanishing are your best bets.

So glad you took my suggestion! I have yet to try the Zig Zag series, but do have hope for Harbinder after reading The Stranger Diaries.

I've got Stranger Diaries on my shelf, I still have the last two Ruth books to read first.

The Zig Zag books are not quite as realistic, the absence of children in them makes them less “grounded.” The Zig Zag characters are more flamboyant and offer more comic relief than those in the Ruth books.